I will be working with Void Interactive on their new game, Ready or Not. We will be hosting a Reddit AMA on June 13th. Also, some important information regarding v7.

If you're reading this message, know that I am alive and well. Work on the mod has been slow, on account of some new developments that have come to light.

First, let's talk about something which I've been wanting to get off my chest for a while. Have you heard of this game? 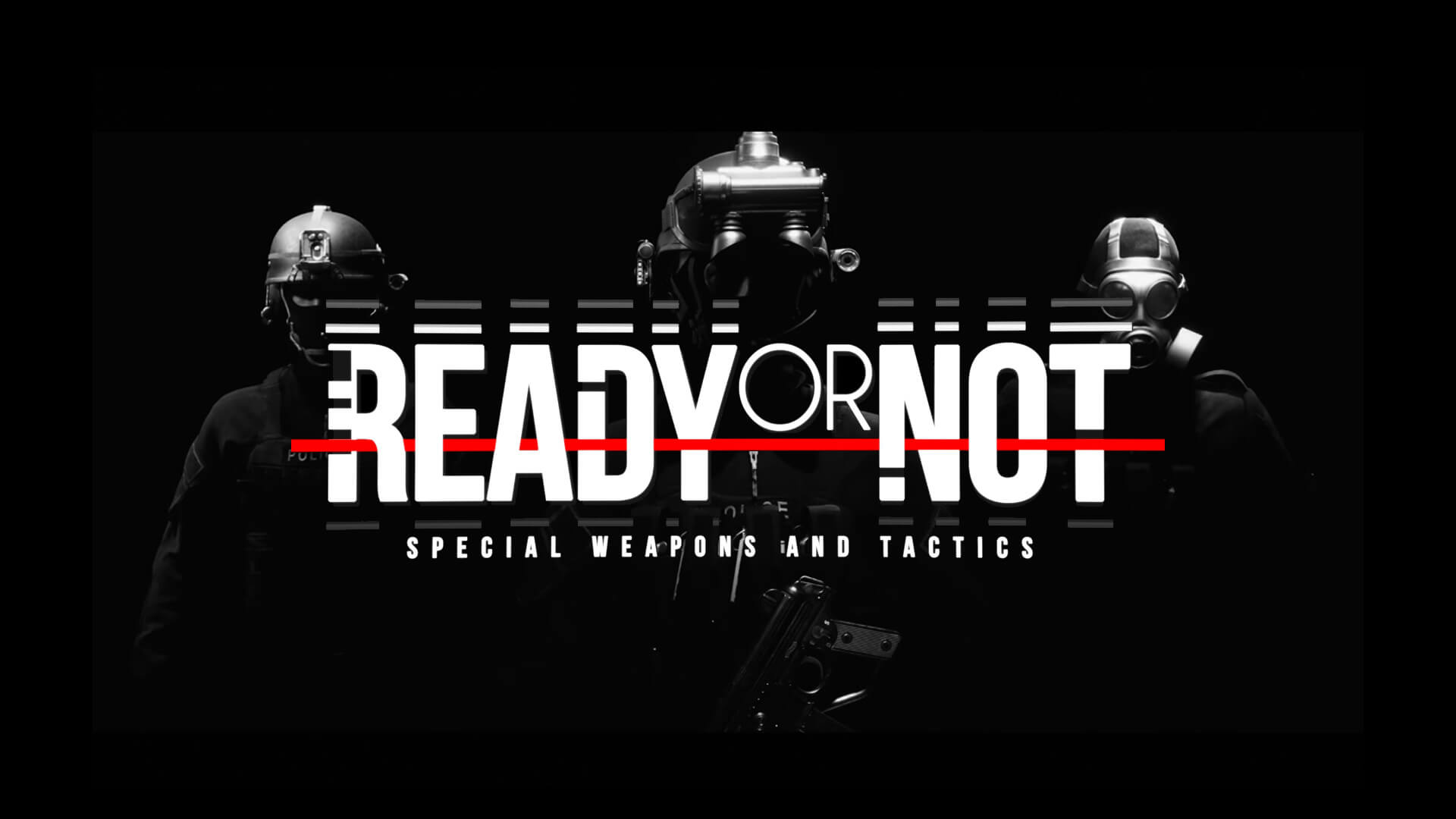 Ready or Not is the spiritual successor of the SWAT franchise, and aims to bring the old-school tactical elements that made SWAT 3 and SWAT 4 great, to modern hardware and gaming. The highly anticipated game focuses primarily on CO-OP and singleplayer, much like SWAT4, and has some pretty incredible attention to detail.

I'm proud to announce that I will be working with Void Interactive on bringing this game to life, with the same sort of sensibilities and approach that made Elite Force great. Together with the game's art director, we will be hosting a Reddit AMA about that game on June 13th. You can find out more information about that here: Reddit.com

If you're looking for more information on Ready or Not, check out the official website here: Voidinteractive.net

You can also check out the official Discord server here: Discord.gg

So what does this mean for the mod?

I think Elite Force in general is starting to get to a place where I'm running out of space for features. While I would like to continue to add high-quality improvements to the game, there's only so much that the engine allows me to do. v7 may likely be the last full version of the mod, patches nonwithstanding. However, I do intend to release a bunch of tutorials about modding the game, so that other people can take up the mantle and develop their own mods. In addition, the Elite Force source code is open, free and available for anyone to use.

We ran into some technical issues in v7 and we couldn't implement Brettzie's M4A1 without animation issues. So, we will have to remove it and use the old M4A1 model instead. However, to compensate, we will be adding a FAL to the game: 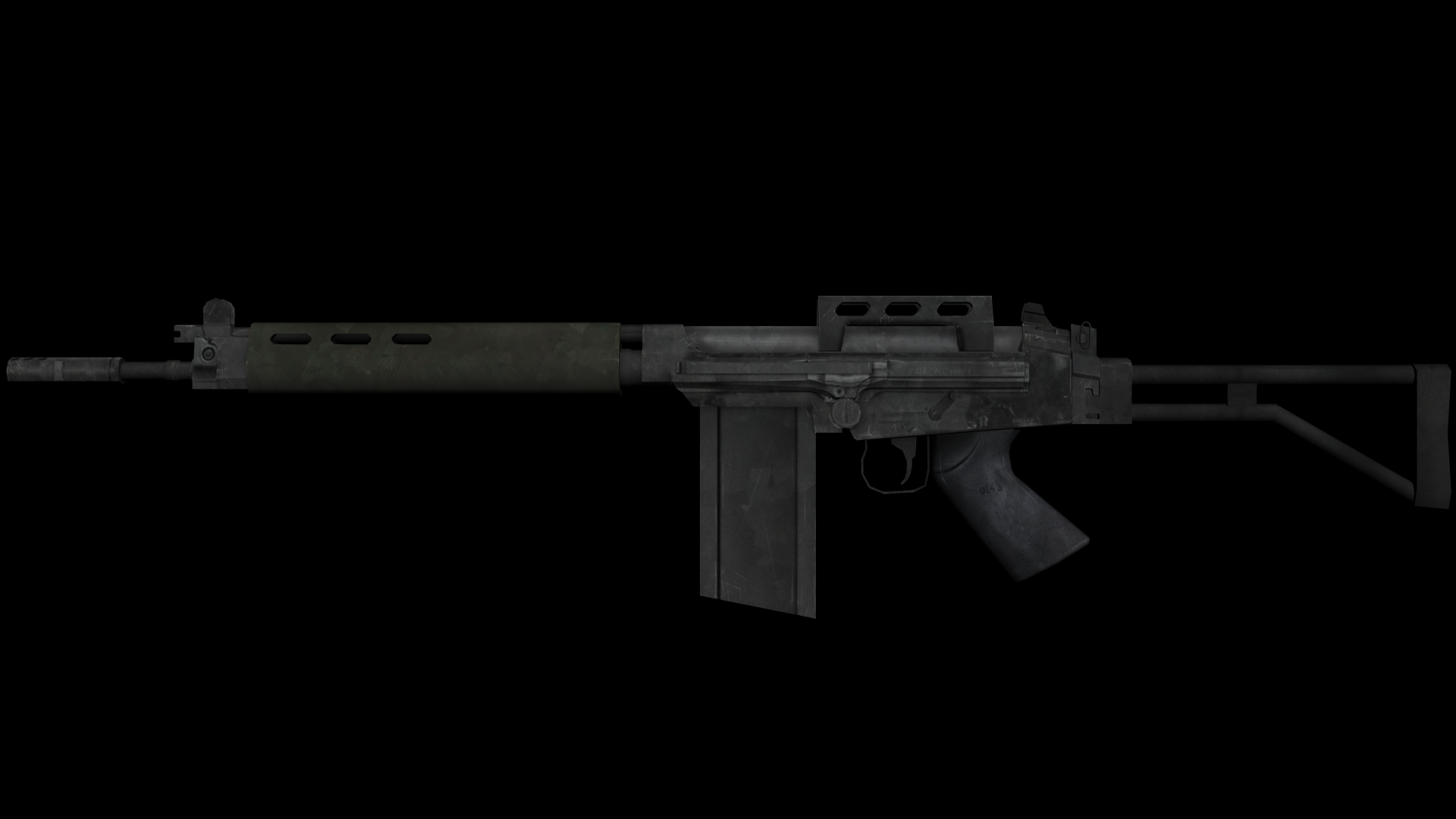 This lightweight, yet bulky weapon will prove to be a favorite in Elite Force for its incredible stopping power...provided you can manage its recoil and unwieldiness in close quarters.

Stay frosty, folks. There will be a beta of v7 soon, and a release possibly in the next month or two.

But the old M4A1 is so ugly, that new model would have been really nice, it looks PRETTY.

I know it's ugly. But if I had to choose between new looks and the brand new awesome weapon that is FAL rifle, I would choose the latter. Model,· it's just aesthetic change.

I just want to say this is the best SWAT4 mod out there, thank you for the time and dedication you put into this, cant wait for v7.

Ready or Not has been on my watchlist for some time now, i hope it continues the old school tactical legacy of Rainbow6&SWAT; and is a success, i am very happy to know you are working with them, and very excited to hear more about the game and eventually play it :D

Great to hear. I've been keeping an eye on Ready or Not for a while now and i'm pretty excited for it. Congratulations!

Now i know for certain that Ready or Not will be phenomenal, with devs like you behind its development!

This is ******* awesome to hear that you will work with ready or not:D
You managed to create a perfect mod for SWAT 4 and I am more than sure you will give a great contribution to Ready or Not. I am also very happy that SWAT will get FAL rifle. I hope it will also have the scope to kick suspects ***** with style. Keep up the good work friend :D

Congratulations mate!, thank you for everything you've done so far!

OH MY GOD that's an awesome news
Congrats eez ! Ready or Not is going to amazing, especially with you there. You have gathered the experience needed to make the ultimate SWAT sim, and we are now sure it won't deviate from this goal. This is a wonderful news. I hope you will enjoy it :D

Congrats man, that's actually huge! Very happy to see someone who is as big of a fan of SWAT4 as you are. Means all that we loved in SWAT4 can be voiced to the rest of the team to make the best SWAT sim possible!

Congrats! And yes I have been following Ready Or Not since it was announced!
I am so looking forward to our new SWAT game!

Good stuff mate, they will be thankful to have you on the team.

Please make sure the new game becomes cross platform compatible and no more saloon doors that swing both ways.

I surprised you managed to work with Ready or Not game development, that's a great news! Congrats and keep your amazing works on RoN, You already make SEF mod awesome. Good luck, man... ;)

Congratulations on your involvement in Ready or Not. Hopefully we'll get to see some features from the mod on the game itself.

I knew you'd be working on Ready or Not because since I found SEF, and finally I can say that my prayers has been heared! Great news for me and all SEF fans :D !!!

WOW eezstreet, that sounds awesome! That you´ve come so far to work for a developer team! Congratulations! I really hope Ready or Not will be a good new SWAT like game.

You made it, man. The breakthrough into the industry that many only dream about. Ready or Not is very promising and I think you are the right person to work on it. Good luck!

Congratulations! You've done an excellent job, and made it this far. You deserve this success for all your hard work.

Dude you're awesome! Congrats!! Thanks for modding our dreams into Swat 4!

Congrats! The fact that they hired you suggests they care a great deal about satisfying SWAT fans. That's good news! Elite Force was my drug of choice while waiting for Ready or Not, so this is like two of my favorite things combined.

Dude, your work its very impressive, people like you collaborate to make internet great. Cheers

I hope Ready or Not will be awesome as SWAT 4 Elite Force is. You are great and you do amazing work for SWAT modding. Keep it going.

Awesome news and congrats!! Any idea if Sef or RoN might support VR sometime in Future?
Cheers
Flex

Speaking about RoN. Please for the sake of realism - don't forget that SWAT-like weapon reloading is a must!

If you need game testers or ideas let me know!

Sounds sick there will be a modern version of SWAT4!

can you make sure that a crosshair is programmed in the game Ready or not?
for some it is really no fun to aim trough the weapon ...

with a micro dot in the middle of the screen. as in swat 4...

That would be so great

In Swat 4 you have a full size crosshair, what you´re talking about?

No. Just no. Go play Rainbow Six Siege or Counter-Strike

There will be a beta of v7 soon, and a release possibly in the next month or two.

Good luck on the RON project!

Guys, maybe you can help me. I saw on my folder in game SWAT4/Sounds/TeamLead/ld_OrderedRedOne_1. And I think, in game could be possible to choose singly policeman, Reynolds for example. And I want to ask you, do you know how to do that? Maybe something of mods can help.. It will be great if we can steering of every person singly. Reynolds do that, Girard do that etc..