'Stormaktstiden; "the era of great power”. For over five centuries, the Swedish Empire has long been one of Europe’s greatest powers. Following the indecisive First Great Northern War in the early 18th century, hostilities between Sweden and its northern neighbours, most notably the Russian Empire, continued to rise. The 19th and 20th centuries passed and many conflicts for dominion of northern Europe were waged. Still, the Swedish Empire held firm. By the 21st century, the Swedish Empire has once again entered into its “era of great power” (Stormaktstiden). For nearly fourty years there has been relative peace as Sweden and Russia have been locked in an arms race. After the Swedish King decrees all ethnic Russians within Swedish borders to be either deported or interned, the Russian Empire, led by the young Tsar Konstantin III, launches an invasion of the territories of Estonia, Finland and Livonia. As the Second Great Northern War begins, the various different nations of Eastern, Central and Northern Europe declare their position, either forming a coalition with Russia, or jumping to the defence of Sweden and the Stormaktstiden, spiralling into a truly continental war.'

The World:
The world of Stormaktstiden is very different to our own. The continuation of absolutist monarchies and imperialism has meant that technology has not advanced in the same way as in our reality. Nuclear power and weaponry is never developed due to the world wars not occurring, and computer technologies are not researched to the same extent. Instead the world has stagnated, and this is prevalent in the mod's dieselpunk/retro-futuristic style aesthetic. Socially and politically, society itself has also stagnated. The ideologies such as fascism or socialism that rose out of revolutionary movements across the world are never founded resulting in the grand empires of Europe continuing to dominate almost the entire planet.

The Gameplay:
In terms of Factions and maps, upon the first release (v0.1), the mod will just feature two factions - the Swedish and Russian Empires - and probably around 5-6 maps, but over time new maps and factions will be added through updates. In terms of weaponry and vehicles, as I mentioned above, the mod has dieselpunk/retro-futuristic design elements and so the weapons will reflect this. I’ve designed all of the weapons and vehicles myself. Sound design, as with my previous efforts, will also be of top priority as an aspiring musician and sound designer/engineer myself.

If you are interested in helping this mod, please contact the team
Check out the Stormaktstiden Lore: Drive.google.com

Be sure to track the mod for updates!

Welcome to the second installment of monthly development updates for this mod page. After a short Christmas/New Years break from modding, the team is back at work! Due to the lack of recent work, we only have a few new things to show you, but rest assured we have lots more to come throughout the rest of 2018.

The new melee weapon for the Swedish Empire faction: the Trench Knife. A brutal yet very effective combination of a combat knife and a knuckle duster. This was a Christmas surprise from illness88 who did an incredible job as always modelling and texturing this weapon.

The very talented TUERIX is also helping us great this beautiful model into the game with an all new set of animations! (work in progress) 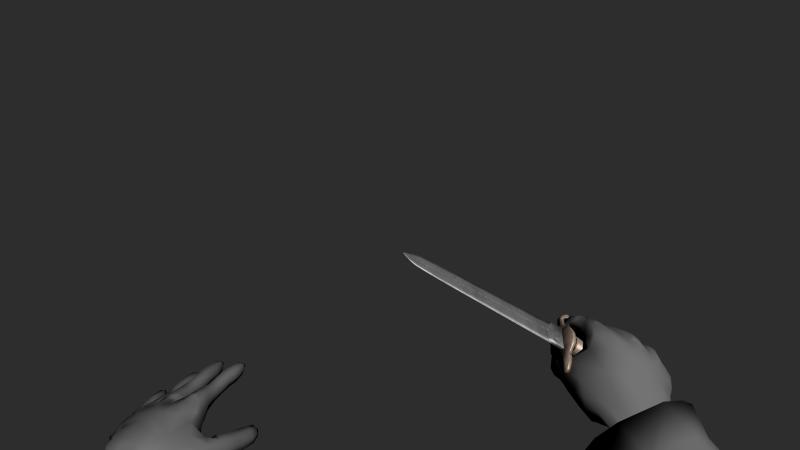 The Ag m/86 assault rifle for the Swedish Empire faction is finally in-game thanks to these brilliant animations by Develop013. Model and texture by illness88. Sounds and concept by NinjaTheCat.

I've also started a Google Docs folder containing stuff about the lore surrounding the world of Stormaktstiden including nation profiles, key people, battles, wars etc. It's very rough at the moment and isn't really that fleshed out, but whenever I get the time or the inspiration, I will add and edit new documents, so if you check from time-to-time it might have new stuff. Also feel free to suggest new additions, just PM me (NinjaTheCat) with your ideas.

Sorry it was just a short one, but future updates will have a lot more content to show you guys! Thanks again for all your continued support!

The first installment of a new thing starting on this page where I add a monthly development update news article. Seeing as this is the first, this is...

Showcase of two new weapons for the Swedish Empire faction: the Automatgevär m/86 and the Pistol m/88, made by illness88 and DP-42114 respectively. Check...

I really want to see this mod alive... but i think that itsnt possible, its sad to see many great ideas that will not see the light, hope this mod can be released at least as a alpha or beta (if the creator doents deleted the files...) or at least his weapons for community use...

This mod is dead. Just like all the other bf2 mods hugh020 worked on.

Hi is this mod dead?
Can you release Automatgevär m/86??

Unfortunately nothing major recently I'm afraid, haven't had much time to work on this

Nice concept you got there sir Hugh020 👍😄. Will you gonna add Asian based factions in this mod 🙂?

Good question but no I don't plan on it unless you count Ottoman Turkey and the Russian Empire as part of Asia. Whilst Asian nations do play a part in the extended world of the setting, such as the Japanese, they don't feature as belligerents in the war