Find out about upcoming changes for the Star Wars Interregnum mod.

As the year comes to a close, it seems as good a time as any to review the current state of Star Wars Interregnum and share some of future ideas with you. We are also once again very grateful for your support, which has allowed Interregnum to reach the Moddb top 100 for another year! If you haven't yet voted for the mod in the second round, please consider taking a moment to do so here.

The first thing everyone probably wants to know more about is the New Republic. While this exciting new faction is well under construction, it is sadly still going to be some time before it is ready for release. This is due for several reasons.

Despite all this, there is still no doubt in my mind that someday the New Republic, and Interregnum itself, will be complete, it just won't be in 2017.

While not ready for playing yet, the New Republic is ready enough that we have mostly finalized the ship roster for this faction. While a few things might change or be swapped around between now and Beta 1, when the New Republic will be released, here are some of the new units you can look forward to. 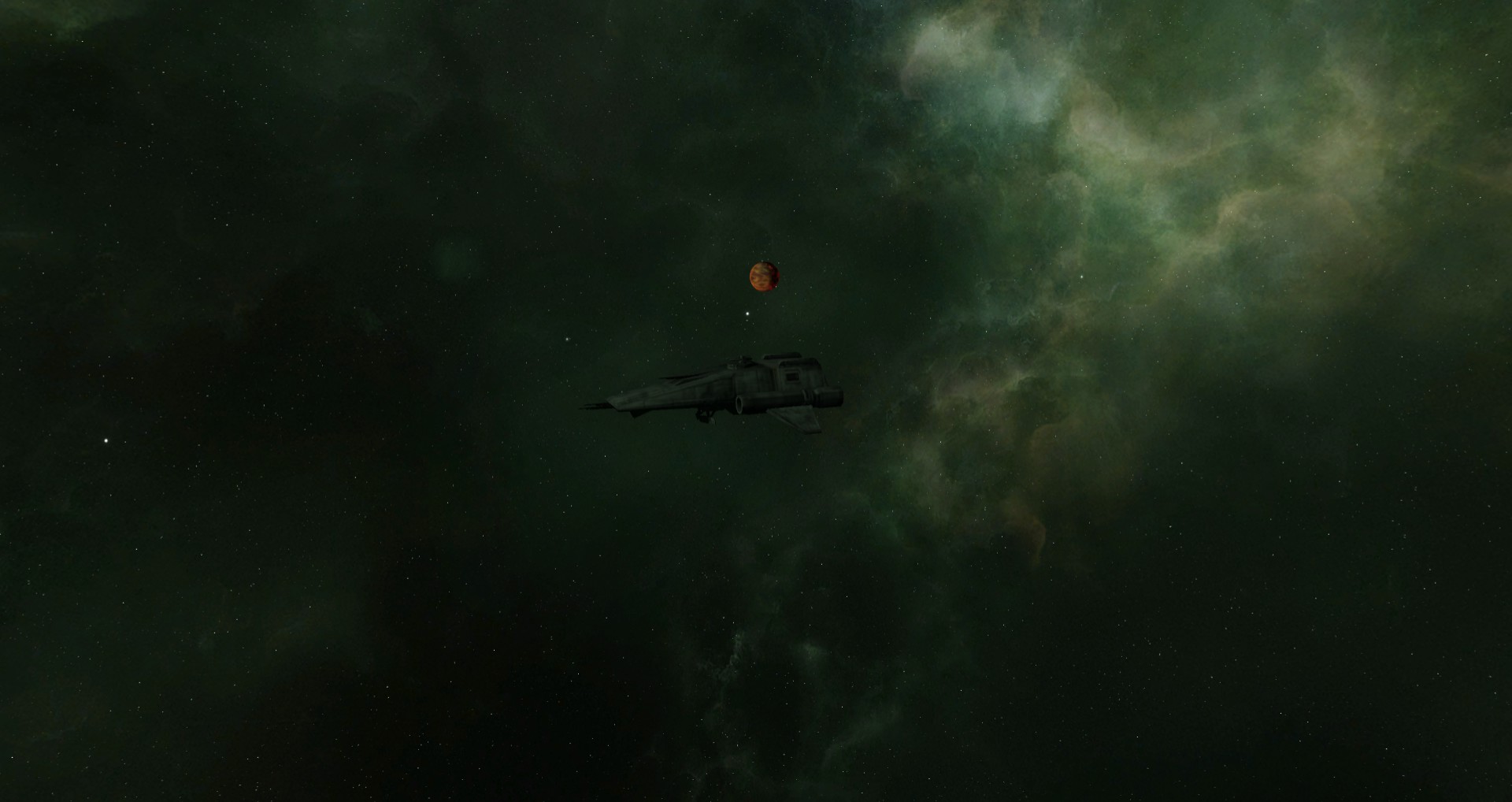 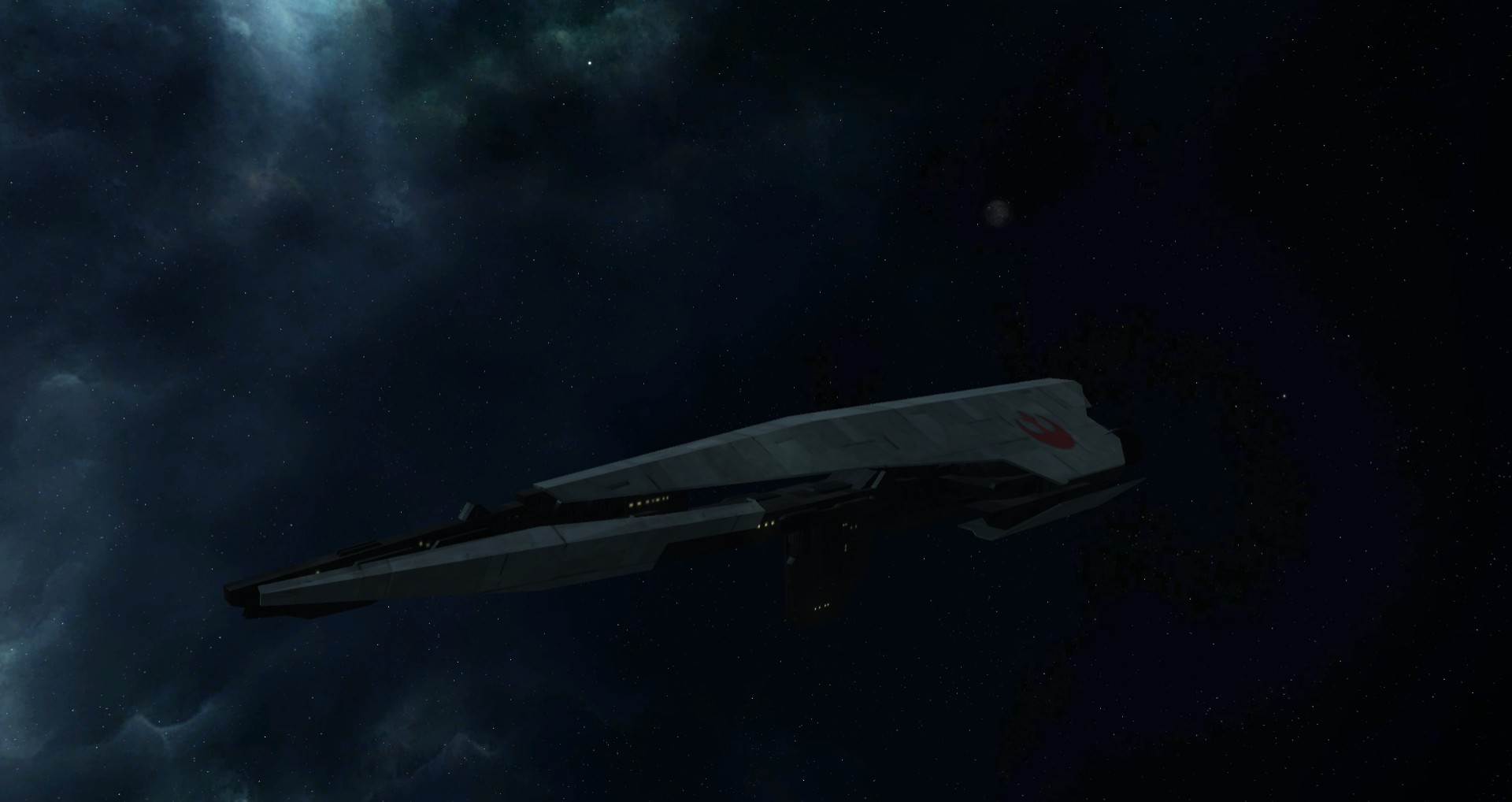 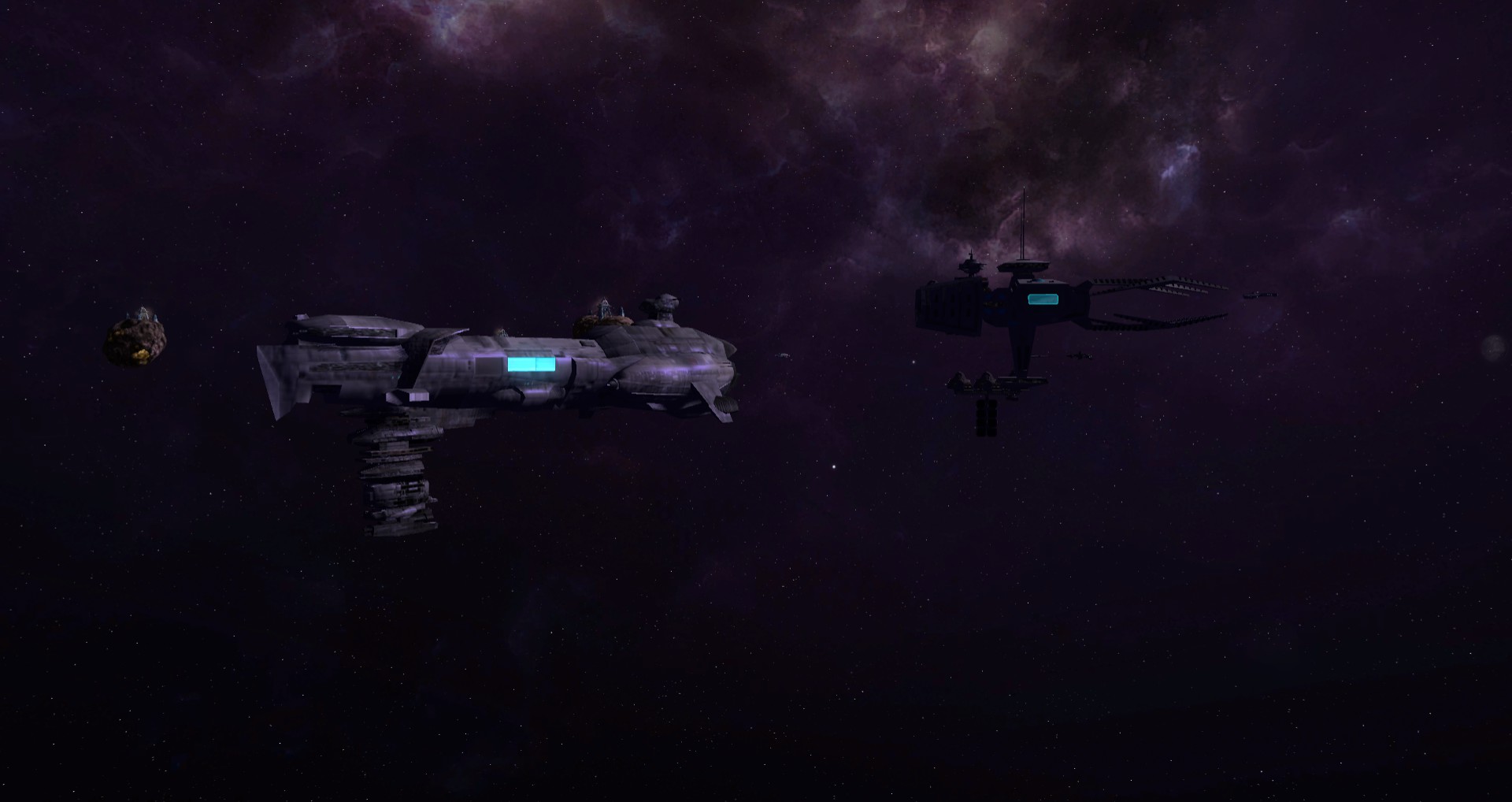 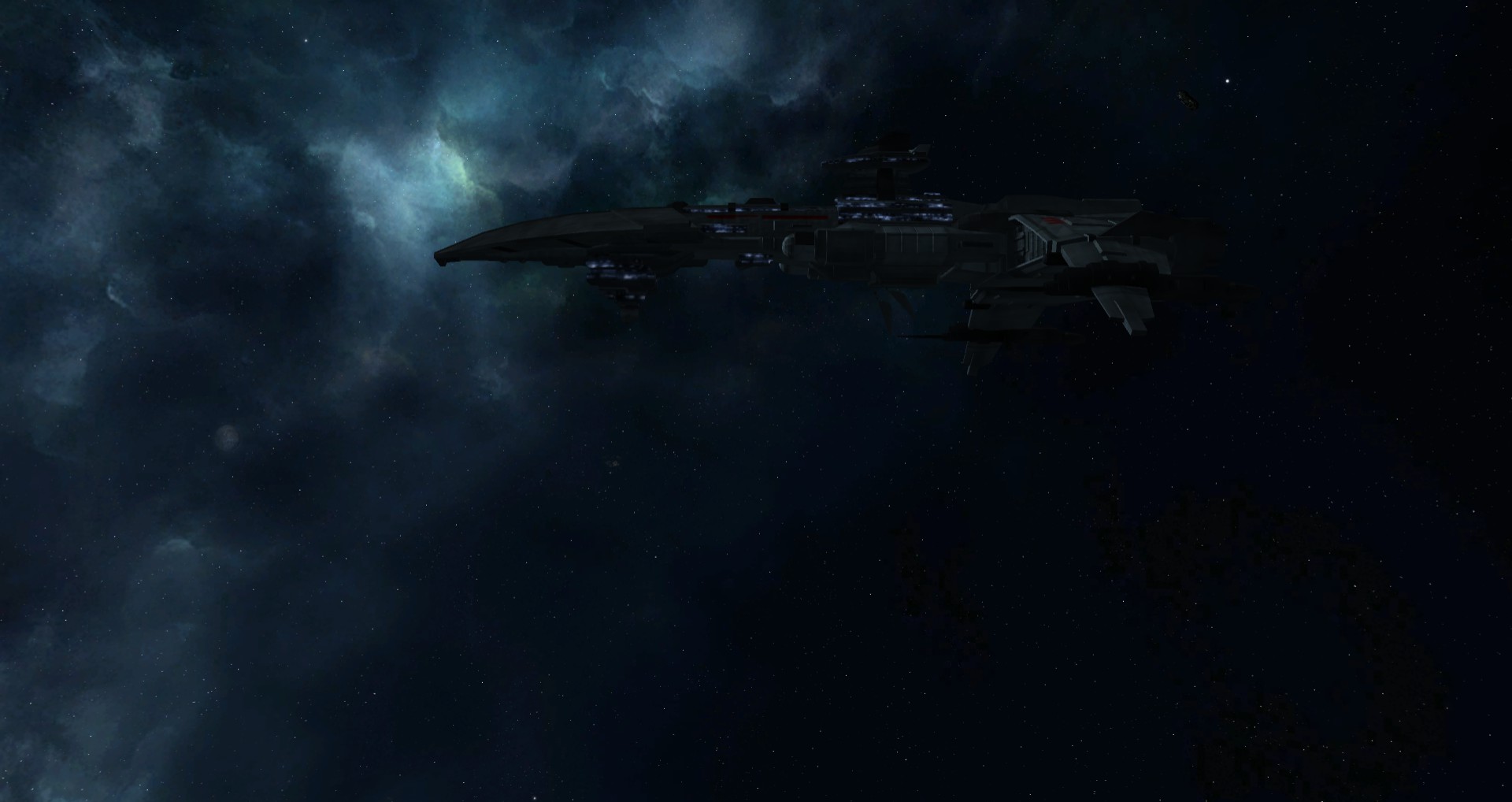 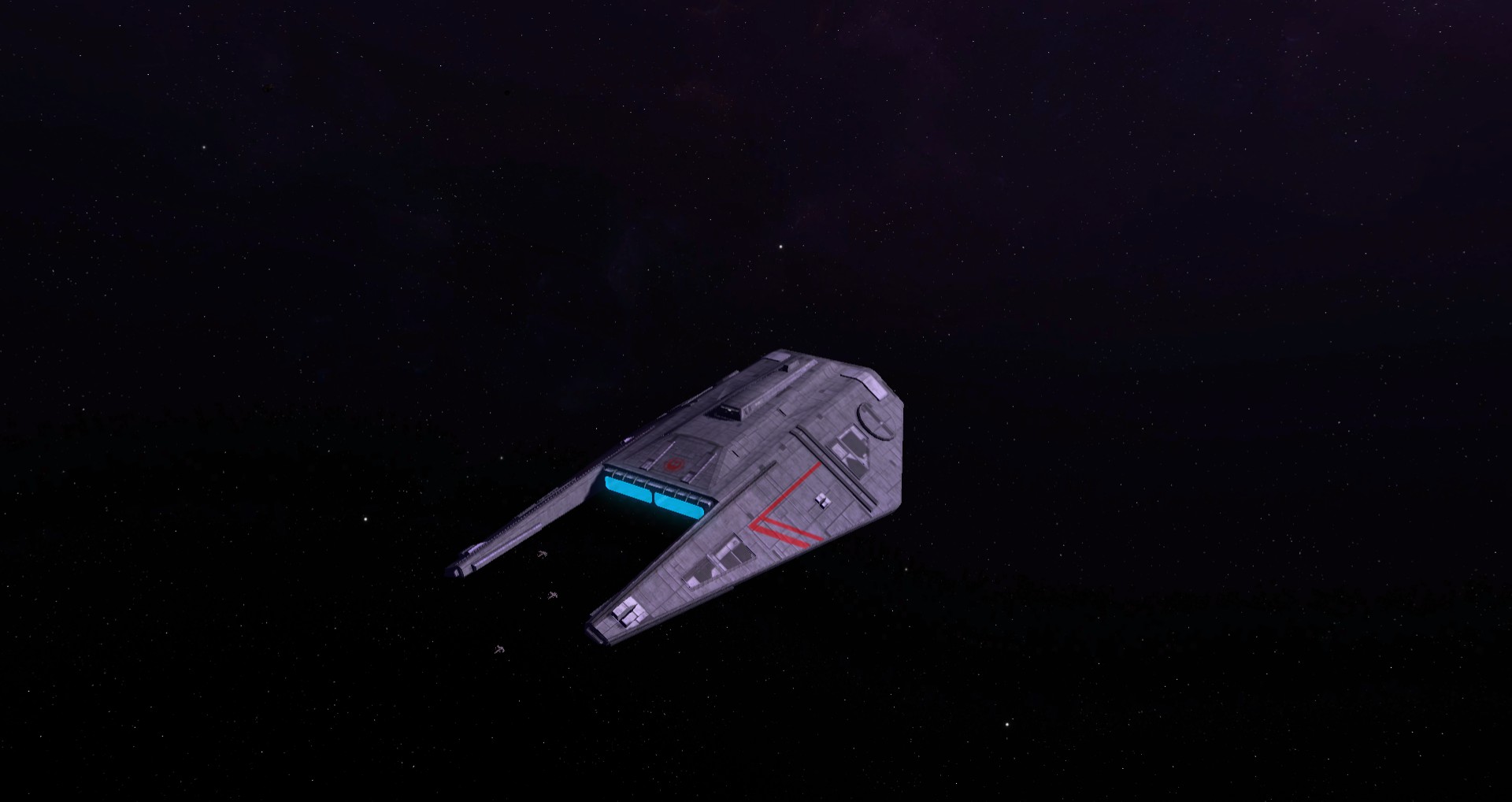 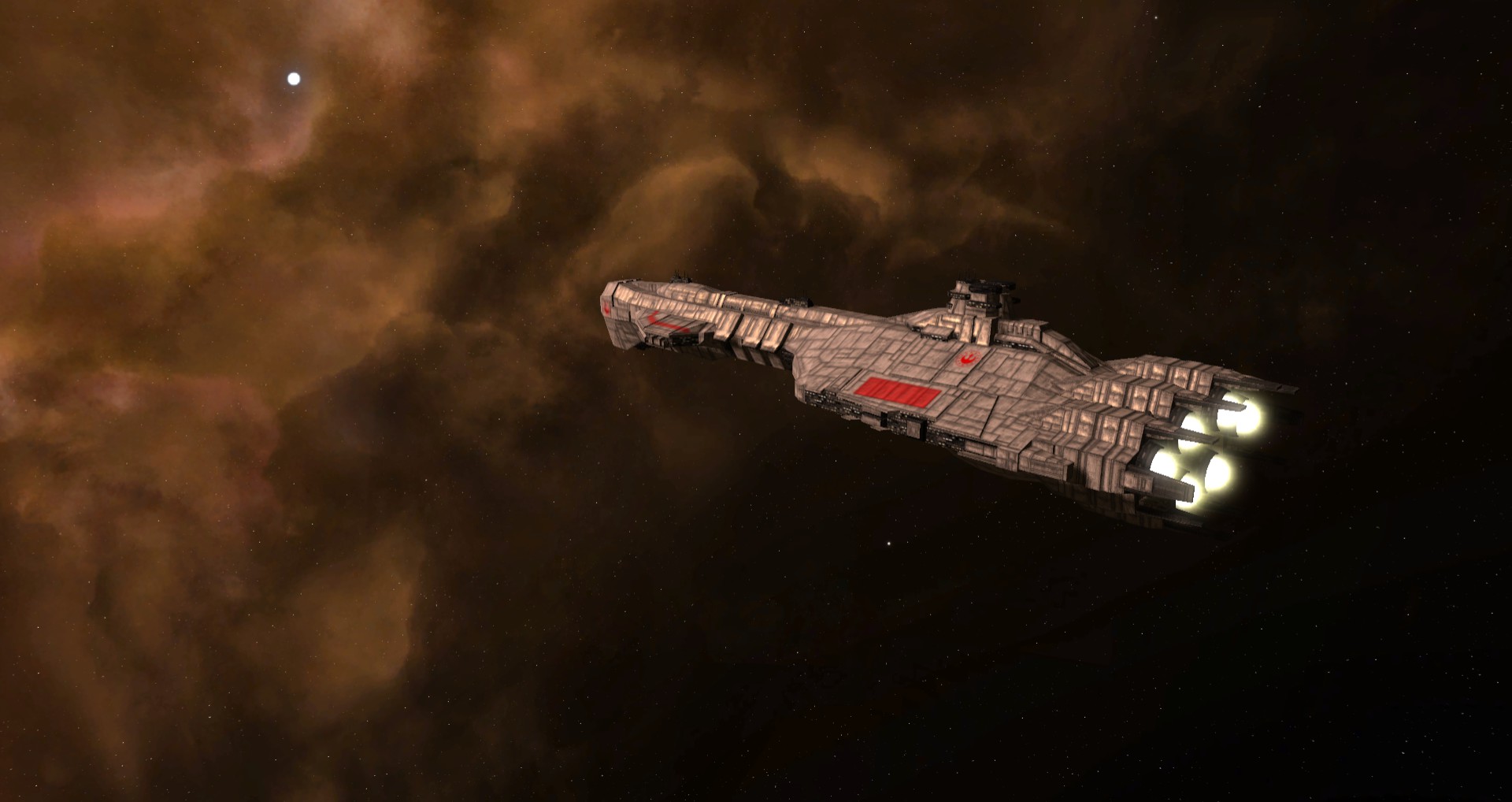 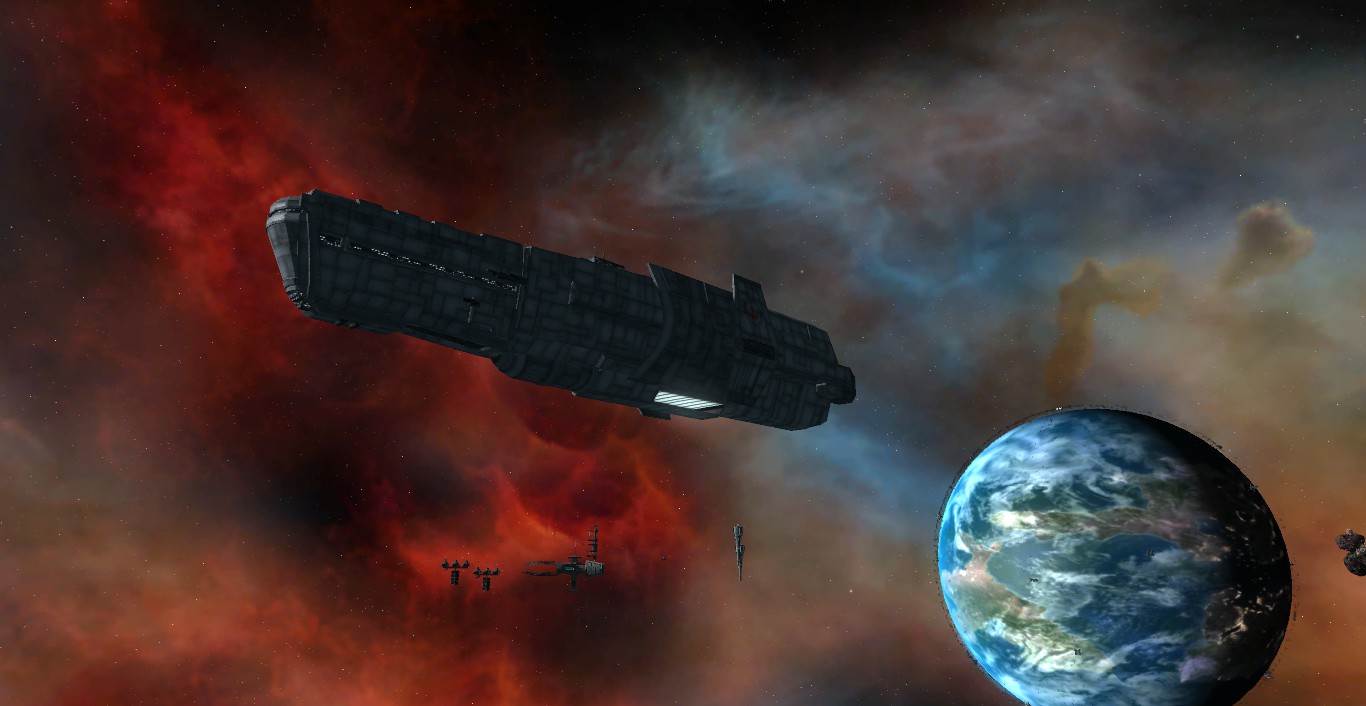 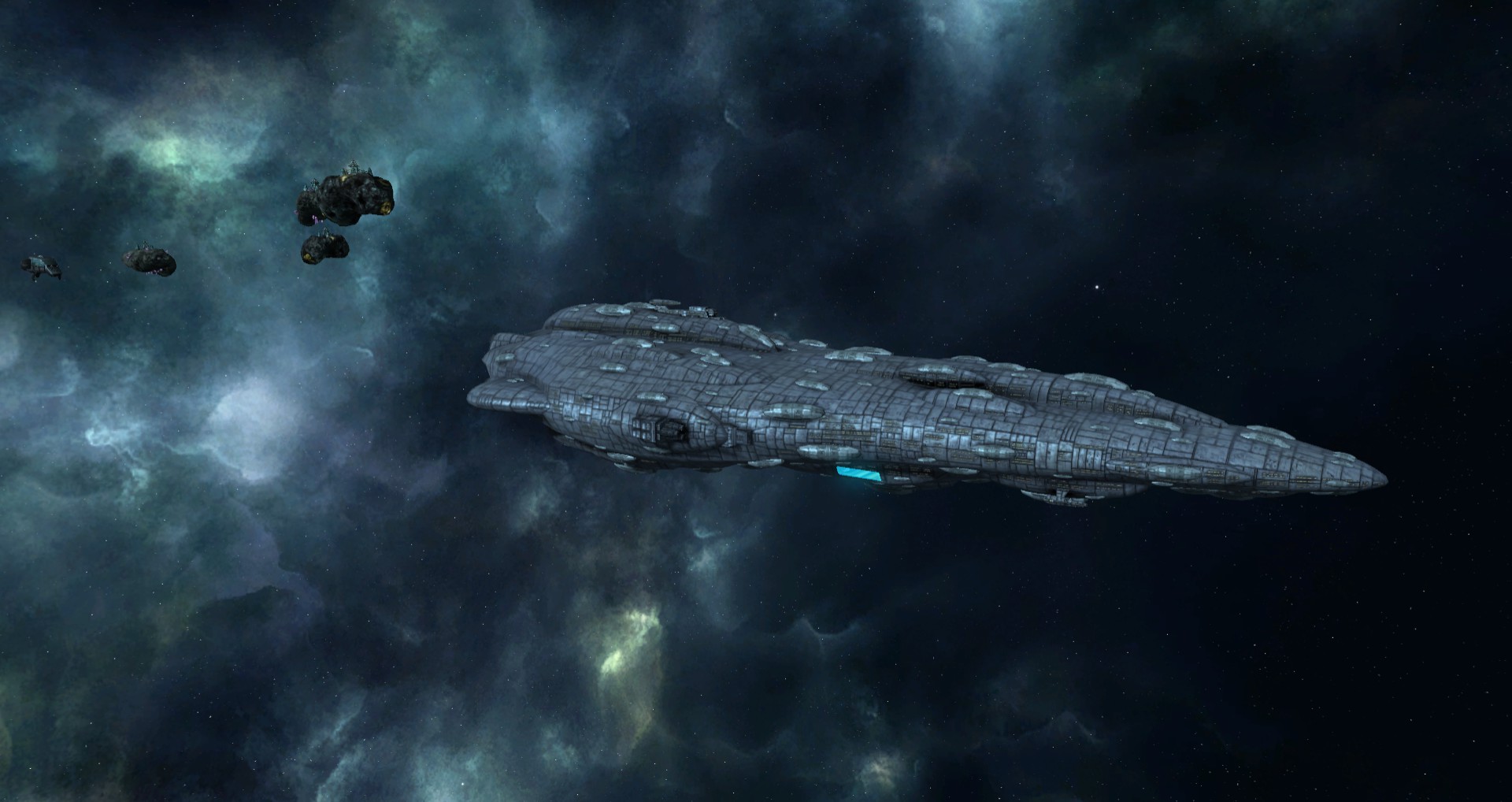 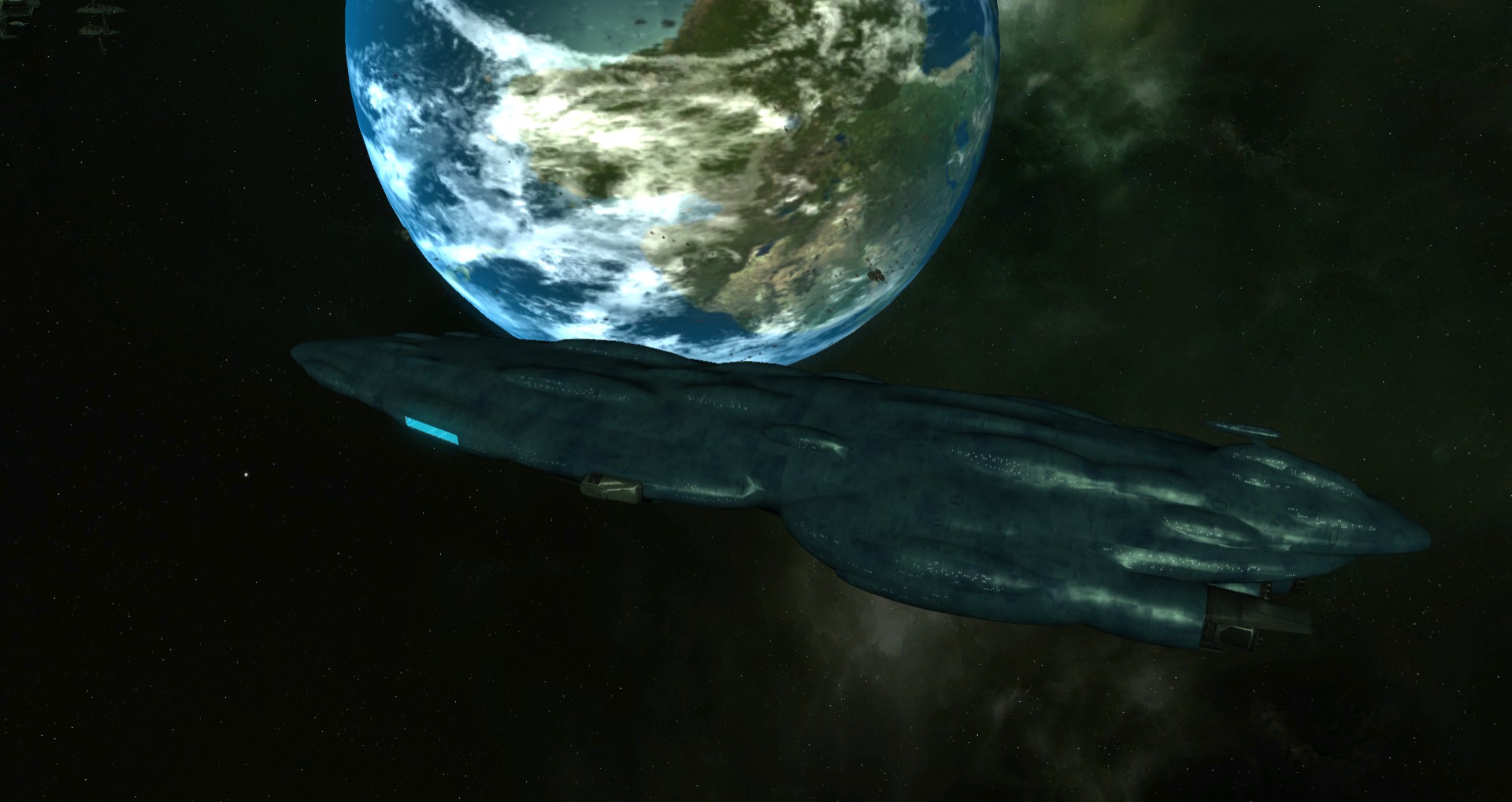 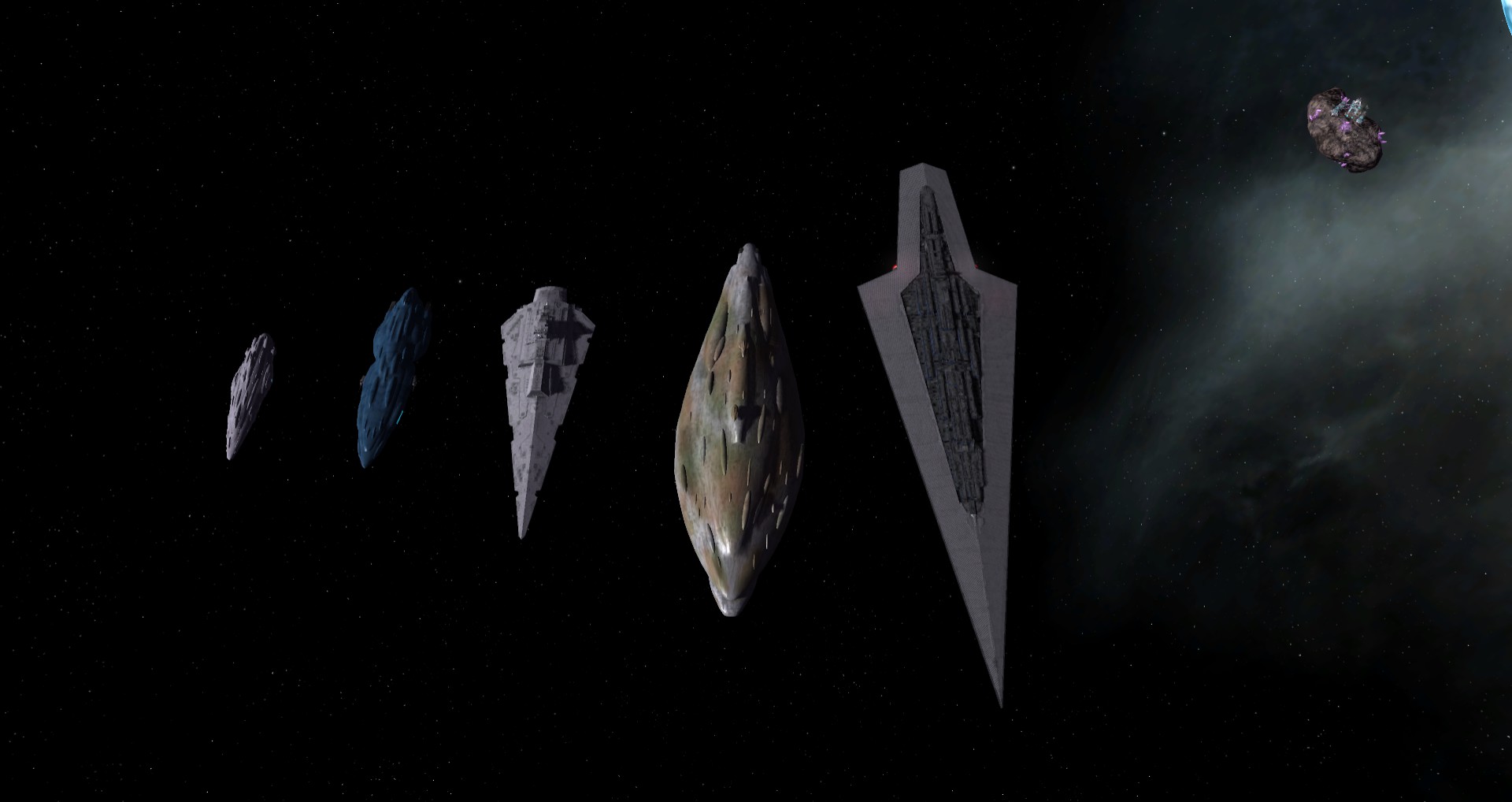 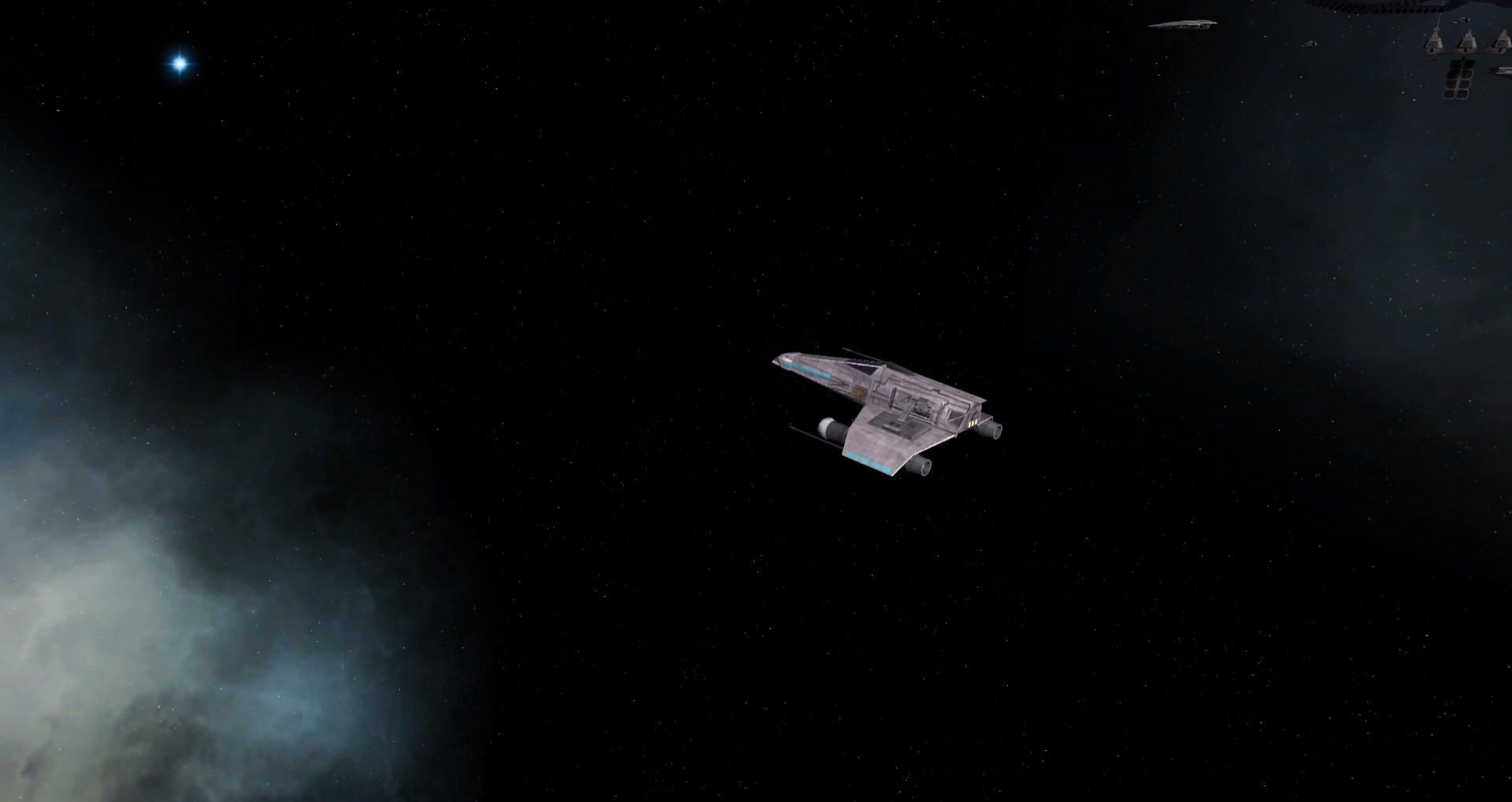 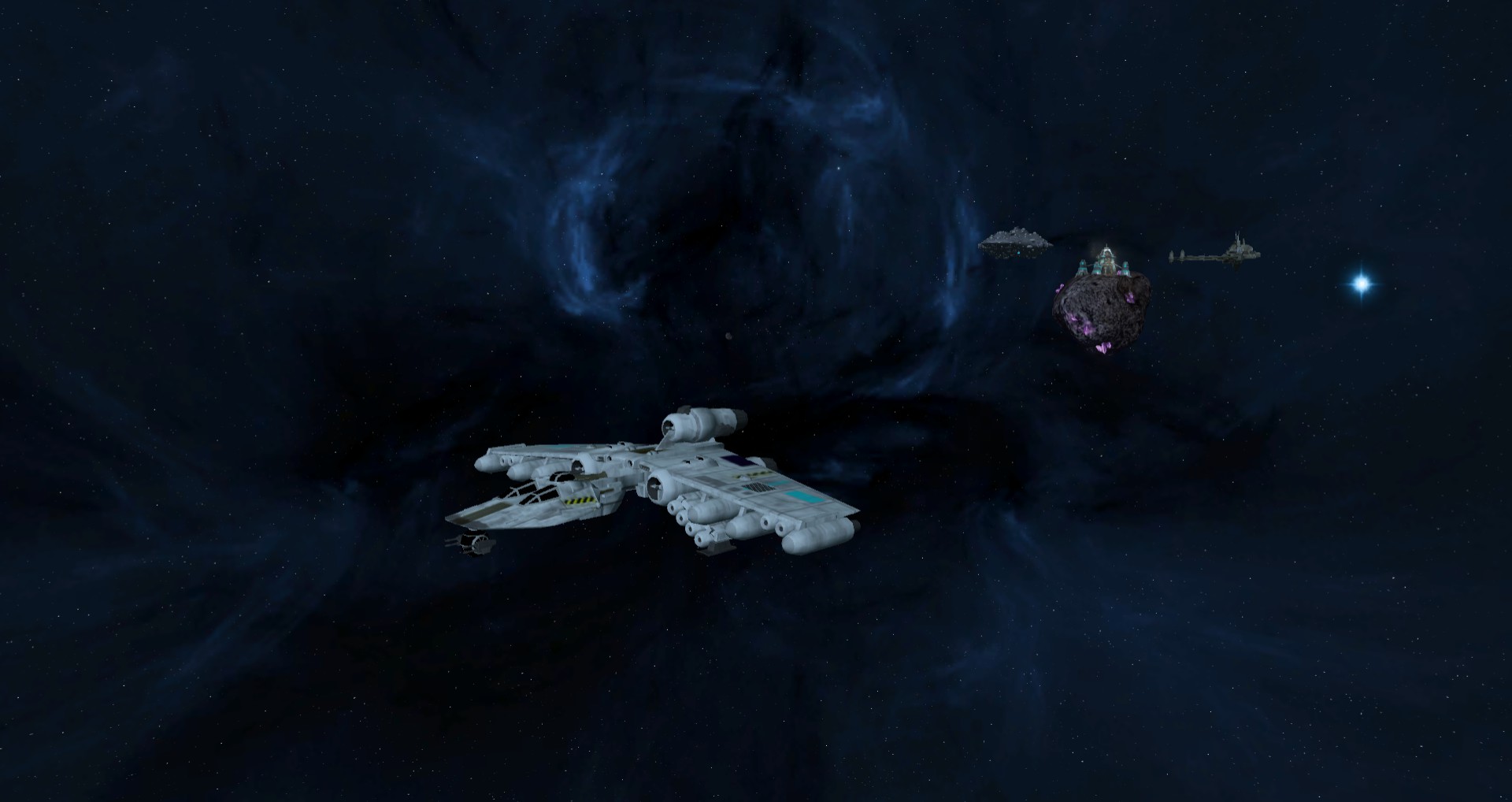 In addition, the following existing Rebel ships are planned to be available to the New Republic as well.

Personally I'm quite pleased with how the Mandalorians turned out last year, but that doesn't mean they are done getting updates yet either. At least one new ship for them, the Vengeance Frigate, will come out in the next update, and they may yet get even more units to choose from in the future. Several of you also really enjoyed the Beskar minimod we released this year to make them an existential threat, and there will be updates to this minimod to make them even more powerful yet also AI friendly. 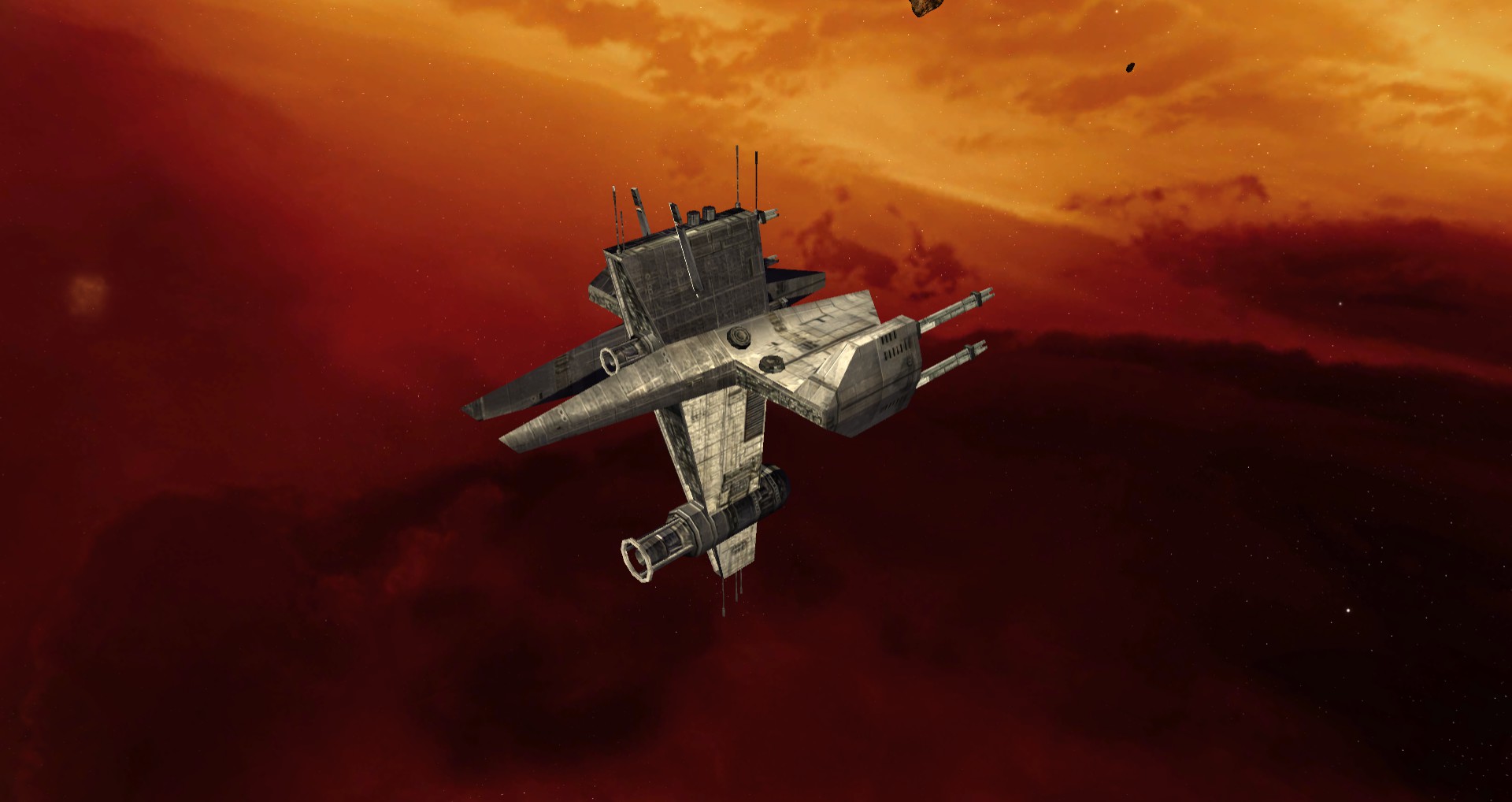 In addition to all this, quite a few more minimods are planned for the near future. Among these are the ability to choose to disable any particular faction, hero units, or even titans, for those wanting more control over just what features are in your game. For fans of Sins units (whether controlling or destroying them), an official supported Bailknight's graphics minimod is also in the works.

Once again, I'd like to thank you for all the support that has kept this project alive over the years, and I hope everyone has a fantastic rest of 2017!

This all look pretty awesome, really looking foward to it. Thanks for keeping updating your mod, still the main reason i come back to Sins now and then.

Very cool. Looking forward for the minimod to control the factions so we dont have the problems with the Orthodox Advent in random games anymore. ;)

Thanks for staying the course on continuing to work on the mod, despite life obligations. As you likely know from me occasionally asking after it, I've been waiting on New Republic for years. Even got me to sign up on Moddb finally, since Sins forums are really slowing down.

Thanks also for the general faction fleet write-up, which I also asked after a few months ago on Sins Forums. The only two points that are not clear to me at this point is whether or not New Republic has an MC30 advanced frigate equivalent, and whether or not Republic Star Destroyer is officially off the list.

Opps, I swore I put the Republic Star Destroyer on there. Must have gotten deleted somehow in the final write up, but it will still be there. :-)

MC30 is sort of a unique ship, a hybrid of different armor and weapon types. There likely won't be something just like it, but it's possible a unique frigate/cruiser like that could come out.

Understood, thanks! The way my head works, I tend to do a slot to slot comparison between Alliance and New Republic for trying to figure out what the new ships will generally do, though I understand it will not necessarily be 1 to 1. While there is still a ways to go, it looks like it may be past the point where there is more done than left to be done, so that is a bit exciting.

Is there going to be super-weapons ?

Have you considered asking the Thrawns Revenge/Ascendancy team if they'd share their models with you? It might cut back on your teams work load a bit.

I have not, it is my understanding they don't really do the whole model sharing thing. But I don't really talk to them either, that's just what I've heard.

Well give it a shot. The worst they can do is say no.

Also the YVAW team is known to share models as well.

Hey have not heard anything in a while about the mod. Is everything going well life not too chaotic? havn't called it quits on the mod?

Life has been pretty chaotic I'm afraid, but rest assured the mod is still active. :-)

State of the Mod, Update