Fingers crossed, we'll be able to release STA3: Uprising this week folks. Here's what to expect.

Holy smokes, it's been a long time coming, but we're finally got it ready for release! I'm sorry it's taken a little longer than I'd have intended, but there were some issues with Sins that weren't surmountable until version 1.94 of rebellion. I have it on good authority that this will move to main this week, so I'm pre-writing this news piece! Don't make a fool of me Ironclad. But you're not interested in technical issues, you're interested in the changes themselves right? Okey dokes, I'll give you the key points.

The above represents the new minor factions that are now in the game and ready to use to your advantage. These range in use from economic factions to ship brokers and even to sabotage specialists! I'm sure you can name a few of them from their icons!

For those of you not familiar with the minor factions DLC for Sins, I'll explain a little of what they do. Each of the minor factions above may be found occupying a planet on the map when you start the game. You can simply destroy them should you choose to (in fact you'll have to if you're the Borg), or you can send an envoy ship to their system in order to negotiate an alliance (use the goodwill ability on their planet). When your envoy arrives, the planet and all its space-based architecture will fall under your umbrella, but not your direct control. You'll receive the benefit from any research stations in their system too, potentially allowing you a leg-up technologically.

Once the system is controlled by your forces, you can click on a the planet owned by the minor faction and you'll see a number of abilities that the minor faction offers you as part of its allegiance. These can range from temporary stat-boosts to your forces all the way to directly selling you vessels. Each of the factions have unique and interesting abilities that you can take advantage of.

We've tried not to go overboard with too many extreme balance changes for this version as it wasn't too far off being in a happy place in the previous version of best of both worlds, but some changes needed to be made. These are primarily dependent on game-stage. The Romulans have had some tweaks to ensure that they're not too overpowered in really late game-stages or too weak in the early game stages as this was an issue we identified. The Borg were also way too weak in very early game and probably a little too strong in mid-game. We've tweaked that too! As always, it's not likely that the balance is perfect. The more feedback we have from the community, the better we can make it. You can do that on our Discord or here on Moddb. You can even find us on Facebook should you want to report things there. Sometimes we even pay attention to it too!

I've stuck a changelog below of what we can remember. That's not all of it, but we're getting old and have no memory!

Naturally, balance is subject to interpretation

We've seen your comments, we accept it; random events were spawning the more devastating ones WAYYY too often. You now have more time before the first random event kicks off and the more destructive events now spawn far more rarely. 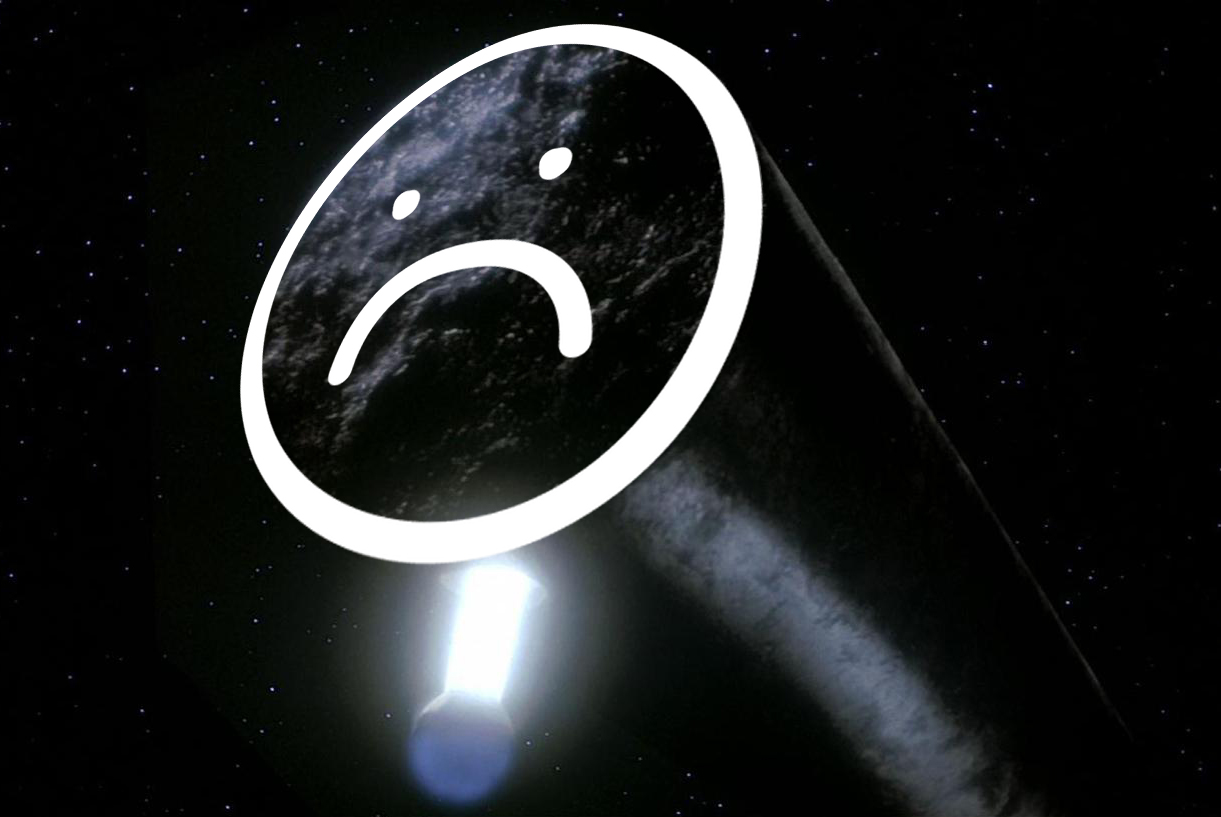 In a similar way to the above, the pirates were bonkers and were a constant and consistent annoyance. You now have more of a gap between pirate raids. Aren't we nice? It's almost like we want you to have a good experience in-game. Almost.

Each playable race and indeed each planetary militia now has specific ships spawn as part of the Outlaw DLC. If you own a gravity well, expect non-controllable ships to spawn occasionally as part of a defending militia that are tailored to your faction. Planetary militia will also have faction-specific outlaw spawns too which will occasionally raid neighboring systems and fight among themselves.

This isn't something game affecting as the above are from a player perspective, but we've spent a lot of time cleaning up unused assets and removing things we don't use anymore. This serves a couple of purposes. The first is obvious - it reduces file bloat which is good for anyone trying to download the mod. The second aspect and probably the more important one is that we've removed a lot of things from the mod's load order.

In Sins, anything that the game might use is loaded at the beginning of a game. This increases loading time and also increases passive use of RAM. With the removal of lots of bloat, this should result in a slight increase to performance, particularly on lower spec machines. Gotta say a big thank you to Bruce on this one for being really helpful in identifying a lot of the bloat.

Bruce, you're a gem.

While we completed the above, we also had to edit hundreds of entities to work properly with post-1.93 architecture as in many cases the base code of Sins has changed (this is why you've been crashing as the Klingons folks). To put this in perspective, I've had a look at our statistics from November last year when it comes to the number of changes we've made to the mod. I'll include a picture of the statistics below! 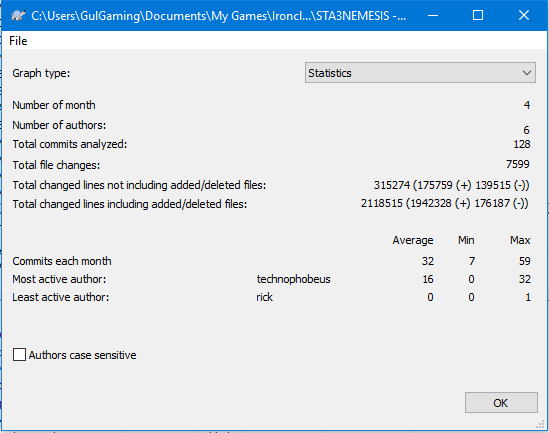 STA3's Future and Joining The Community!

As per usual, I've been getting wrecked in the name of science while testing out the changes we've made to STA3. I regularly livestream Stellar Parallax content and have recently been rolled by the Klingons for your entertainment while testing. Feel free to check out the GulSurvives channel and sub to it if you like my inane natter!

Rest assured, we'll continue to support STA3 and will patch out any major issues that players report as well as updating it as and when we need to as sins goes through versions. Other than that, we don't have any specific plans in the short term. As always however, this is subject to change!

There are some exciting prospective changes in Sins 1.95 that we might make use of, but that's a discussion for another time I think as nothing's guaranteed and we're naturally dependent on what the Ironclad choose to include.

We'd love it if you'd choose to come and join the Stellar Parallax Discord. It's the home of both STA3 and Ages Of The Federation (that's our upcoming Enterprise & TOS era mod). I'll include links to both below for you. We're really active in there and are always happy to welcome new members to the community.

Ages Of The Federation:

It's gonna be a good day tater!

Great news, can't wait to play the newest version of my favourite game. Thanks for all your hard work and dedication.

Thanks Starfish for your excellent videos as well :)

Im way to excited for this, Cant wait for you guys to release it. I need my fix man!

This isn't an advertisement for Stardock & Ironclad (Although Schism i imagine would be quite happy) but it is recommended that you get all Sins DLC if you want full access to all the features in both AotF and STA3 like the Minor factions, Outlaw Factions, Random events, etc. They are all very good and add a lot to the game even if you're just playing Stock Sins, but the guys over at Stellar Parallax have done a fantastic job of implementing features from these DLCs into their mods.

I have a problem. I still use the icon replacer. When i tested my game sins crashed when it tryed to auto save. Could it be the replacer? Could it be Sins? Or is it a bug in the new release ?

There will be a new icon replacer out soon and yes, it's the replacer.

The version of IconReplacer that's compatible with STA3 Uprising is here:

I am having an issue with income with the latest release. (I could also be an idiot). My credits appear to be 15+ per second, however, my credits are consistently dropping so that I am always having to sell trilithium. Anyone else experience this? Early game with a small fleet and only a few planets.

Sounds like your not upgrading your planets as you go.

That is the weird thing, they are fully upgraded and I have tons of experience in-game. It just is not behaving properly for me. I will reinstall and go from there.

This is the mod-implemented upkeep system for ships, where every vessel has a specific cost that is ticked off your income every second. Active upkeep, so-to-say. Imho, one gets used to it pretty quickly, after two to three games.

FallenDevil86, that clever devil, stated in the main comment section that the system and its perils can be somewhat effectively alleviated by setting the 'income rate' to high/fast or highest/fastest before starting a new game.

For further info regarding this, please read up on his and the Gul's discussion in the main comment section.

Hope this is of any help to you, cheers!

It's doing the same on my game. I upgrade all planets and get a +15 but constantly lose credits. Not a big fleet either.

So excited for this!

Playing my first game and realised that pirate ships are flying wayyyy outside of planet boundaries and will keep going unless I pull my ships back? Anyone else getting this behaviour?

Hey guys have a question or maybe a bug:

the perfect cloak of the scimitar seems not working:

i activate the cloak (i deativated autouse before via rightclick) and scimitar is clocked until they start to fight. After first shots cloacking got deactivated auto.
Is there any reason why this happens?

Excellent mod. Thank you very much. The atmosphere is great.
But i have a minidump-crash in mid- or lategame. I´ve played a ten-players-map and the game crashes after every reload. At a 4-players-map occured the same issue after a while.
Is there a solution for this?

Anybody can help me about my problem 2 posts above?

Good day, fellow Trekkies, I just wanted to let you all know that this is an amazing mod. With this in mind, are you guys considering on creating or innovating this mod to become similar to ST:Birth of the Federation PC game?