This addon is for Rise of the Reds(ROTR).

Not so long ago I had the Idea of adding the SAU as an in-game faction to ROTR mainly because I felt Russia being lonely in politics against ECA,USA,and China so I wanted to give Mother Russia an ally that
will support them in the European-Russo War.

Thing that you need to know about this faction:

Generals that will be featured in the final version of this mod. 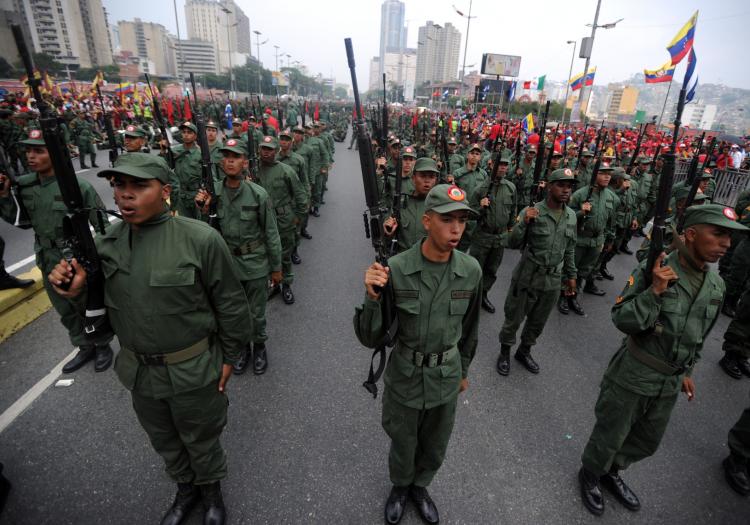 Not long after the Russian Army was pushed out of France by
both ECA and US forces the SAU offered
12 Militant Divisions including 2 Armored led by General
Menendez to be sent to Europe to aid
their battle weary and demoralized Armies and declare war on the ECA and their
long time North American Rivals. President Suvorov was quite hesitant about bringing the
SAU into the war mainly because of
his "change of heart "that he wanted to stop the madness
that is happening in Europe not Escalate it
into another " World War" and might be charged with war
crimes by his country's enemies
afterwards,
however the notorious
General Aleksandr disagreed with that idea pushed
him in bringing the SAU into the conflict for his own personal
agenda. So on March 10 , 2049 the said
Militant Division along with their energetic and inspiring General set sail for Russian Occupied Italy. 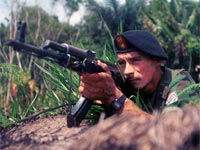 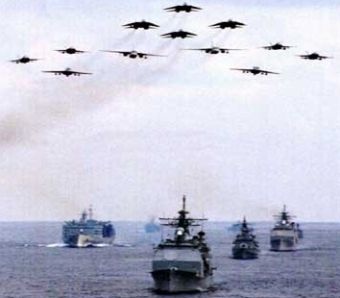 “Ura!!!!! Our Latin brothers have arrived
and are ready
to push ECA back to France and
onward to victory!!!!”
-Russian Sailor in Messina upon
seeing the SAU expeditionary force. 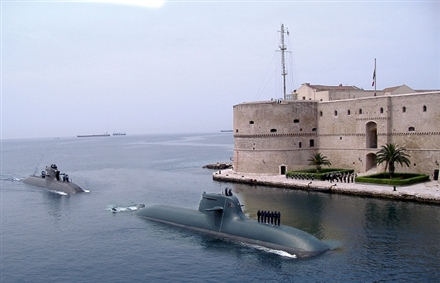 After 14 days of seafaring the SAU expeditionary force has arrive
completely intact.
They sent a total of 350,000 troops , 4,500 tanks(in which the majority of them
are Militia tanks) , 1,000 artillery
pieces, and 200 Helicopters and Aircraft of different designations. The
Russian forces station in Messina welcomed them with open arms
and helped them establish a forward base in Palermo.

CIA Director Morgan Webster approached General Thorn and
saluted him with great honorand integrity to the man.
General Thorn! It is an honor to meet
such a cunning and wise general such as you.
I have something to show you Thorn. We have compiled intel on the
major SAU activities for the past 24 days. Read it carefully commander. 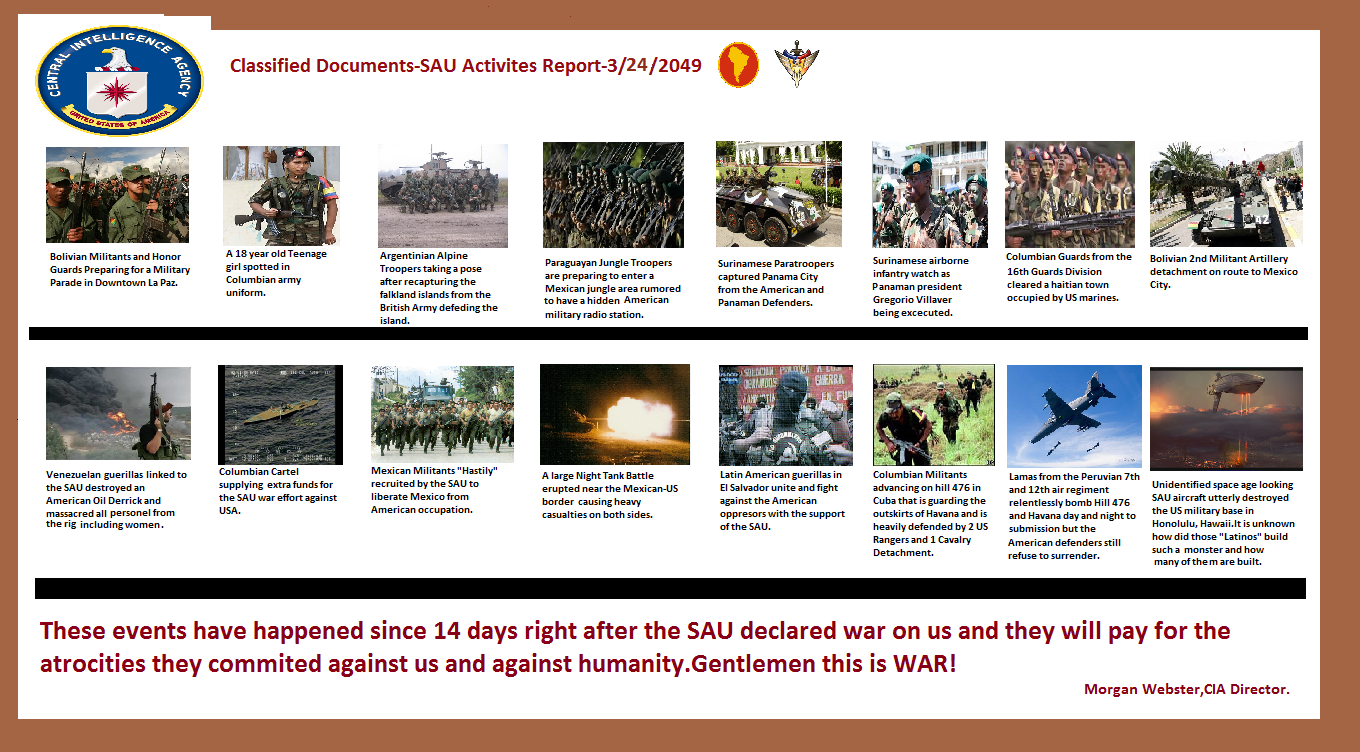 Hola from Russia. Its addon dead or no?

This is cool! I always wanted Brazil as a faction in Generals!

Yes it would be good.

Looks like there hasn't been any updates for quite a while.

Maybe I can help in the coding (still learning). By the way I am also making my mod for ROTR

mabuhaY! if ever ur making a mod for ROTR, kindly include Israel and Iran as additional factions so that ur mod would b interesting and awesome at the same time.

Wait! How I never see this before guys! I'm working in a similar project since a few weeks... Perhaps I can help you in something...

Yes, it will be of great help. We need to animate and textures units for the SAP.

This faction put the 3 most important future superpowers of the South-American-Pact in the year 2055. There is Brazil, Argentina and Chile. Each of them has their respective abilities, altough they share some of the same features like combat vehicles, defenses, structures, etc.

By now i'm working on a mini project on my own, and perfectioning my skills with 3D stuff and skins... I have read all the commentaries, and still have a lot of questions...