An intercepted distress signal lures you to a UAC black-site. Your mission: containment. Siren is a total coversion, of sorts, for ID's latest: Doom 2. Bringing a new rosta of weapons get through its exclusive campaign.

A Status Update and a big Thank You

It's been a little while since we've posted an update on how Dragon Sector was progressing. Truth to tell, a combination of real-life happenings, and a creative block put a real damper on the progress.

Over the past couple of weeks, though, we've both found our creativity rekindled and we've been back at it.

So how is Map 5 coming along, then? 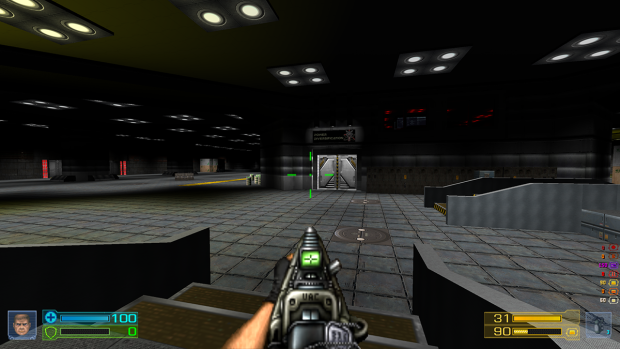 It's back on track, now. The biggest issue I've run into is trying to balance out how I wanted the map to play. I do this as I'm sculpting the map, and then I do several playthroughs once the map is complete. Until I'm happy with how an area plays, I don't move onto the next.

I've also had some trouble figuring out how I wanted the remaining areas of the map to look. So all of that has contributed to the delay. Thankfully, I feel pretty good about how Map 5 is playing so far, and I'm working to complete it.

As usual, though, we don't like to say when something is going to be ready, because one can never tell what life is going to throw at us. Rest assured, though, it's coming along, and once you play it, we think you'll have a great time with it. 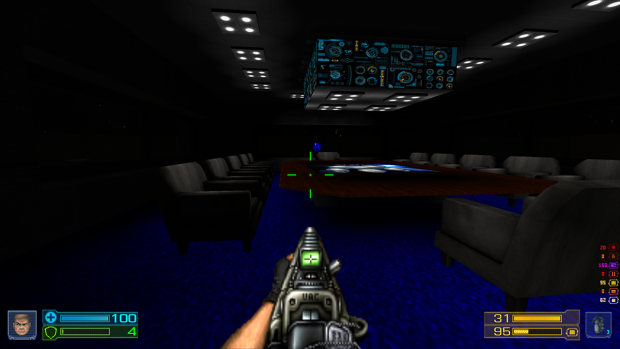 As we mentioned before, Map 5 is inspired by Doom E1M2 The Nuclear Plant. We're taking that concept, and expanding on it. You'll have to fight from cover, use the base's assets to your advantage, and watch what may be lurking in dark corners. At the end of the map, you'll face off against a pretty tough boss monster, too.

Meanwhile, @DarynS has been working on understanding more of the scripting aspects of the game, and he's working to improve on the friendly assets. We aren't quite satisfied with how they work right now, so it's an ongoing process. 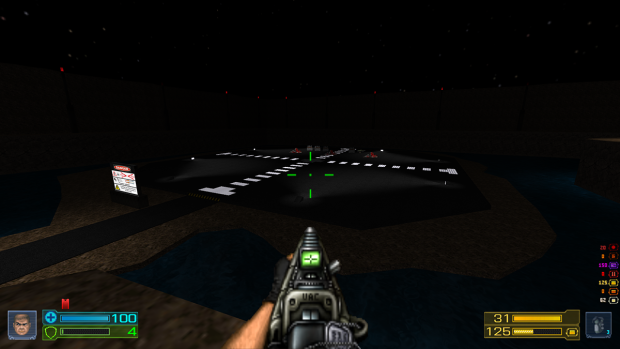 While we're here, we'd like to extend a sincere thank you to the folks who've made videos of our maps on YouTube over the past few months. Seeing folks enjoying what we made is very heartening to us.

So, thank you Blood Ground Gaming, shibuya, A Very Aggressive Gamer, Doom EX, ANDROIDFERRET, DraugraK, Martinoz, Kills Alone, and anyone else who has taken the time to play our maps on video.

We thought we'd share a few of those videos, here.

First up, Blood Ground Gaming's playthroughs of Maps 1 and 2!

Next shibuya trying out Map 1 on the Siren Mod

That's all we've got for now. Thanks for taking the time to read this update. We look forward to bringing you the new map.

Manufacturer's info on the weapons featured in this mod.

Early testing for Siren, Sci-Fi/Horror Doom 2 mod. Looking for any feedback and bug reports. Hope you enjoy it. v0.6a Fixes a progression bug in Map2...

I'm having a lot of fun with this mod! Thanks and keep up the good work

A good mod, of course not ideal, sometimes there is some kind of trouble with optimization, but in any case, good luck in development! =)

Hello there, is there anyway to stop black smoke from chasing me?

It's a feature of the mod... There might be a command for it but it's very much intentional.

Enjoying the mod so far, it has a lot of promise and the incorporated Project Brutality mechanics make it play fast-paced really well.

For the most part, it is very solid and I rarely encountered bugs or hitches in the AI. I do not know if there are specific ledges you disallow climbing on, but there were some that seemed low enough but the animation would just loop and not allow me up and over. An example would be the second level near the beginning. The large room with trees in tubes on either side; The railings along the hall as you enter don't allow you to climb up.

While I only made it here once, the end of the second level also seems bugged. The large tank-like machines seemed to have either got stuck, or the scripting broke and the doors that let them into the final arena never opened. I had to use noclip to get to them and destroy them.

I'm having a blast so far. ATM certainly one of the most promising TCs.Good luck with development!

How do I enable HUD? I'm stuck at map2 where I can't remembered how many energy canister I have because there is no HUD.

You can append " +screenblocks 11" (minus the quotes) in the commandline or a launcher that supports arguments to default to the built-in HUD with GZDoom.

Having the same situation.
No HUD in GZDoom g4.7.1.

Already did a setting reset.