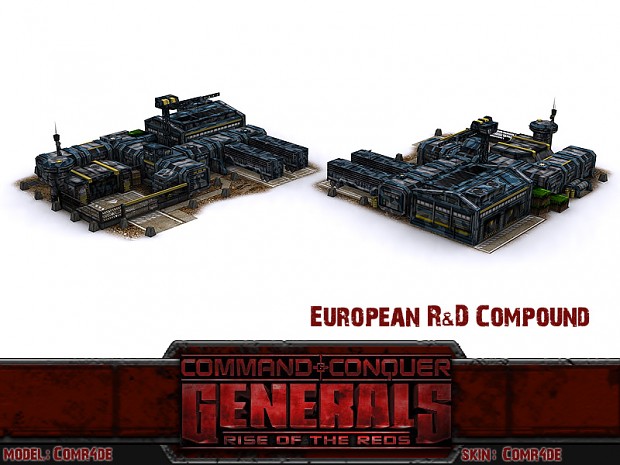 Ahhh. Very interesting. A concept similar to choosing Boris' equipment loadout. Once again, a great addition to the uniqueness that is the ECA. :) Each reveal concept and lore really contributes to my excitement for 1.8. Good job development team.

PS: I hope you guys can put some time in updating your online manual. I would really love to read the lore there. :D

We no longer support that wiki/manual back on our old forum; we will be making a brand new one soon enough! We just have to set it up =)

Umm, i still cant view the first russian general (Zhukov) havent you got his pic or is it a problem by me?.

Sorry about the retardocity, but i got a serious question:You rember the "TAUNT" menu from Shockwawe?Will you make one for every general but in 2.0 of course?

oh man, i REALLY hope so

The detail you lads put into this is always so extremely stunning, well done :)

so this is where the science gets done

And they make a neat gun for the people who are still alive.

gun(s), plural, this is wartime people

You only need one portal gun to win any war

You guys have a good concept and idea for these. Thumbs up for SWR team. You guys a the best by coming up with these idea. Good job and good luck for the upcoming work.

So this is essentially the strategy centre on crack and steroids, except you don't get to switch plans. I like it!

All that is left are General Charles update,intro of Zhukov and a few ECA units not yet seen so far.

I have a question.

Will the ECA have a strong or a weak airforce????

As far as I (repeat it again : ONLY I) can see, the ECA have been told that they have some units that have one limit, but have STRONG armors. So at least 80% of my friends and I think... Maybe just MAYBE they have limited but Strong Airforce (only some of their airforce).

i know this is kinda off topic, but for the tech naval yard, u guys should add submarines :D

They did say that the current navy is only a placeholder, so there will probably be a submarine somewhere when the faction specific navies eventually get rolled out.

However, you should probably have posted on the mod main page, instead of here.

The European Research & Development Compound is a large, complex structure that houses the staff and equipment of various top secret military projects that have only recently been cleared for field testing. The threat of the Russian invasion has forced the ECA to tighten their schedules and send these rare prototypes into combat. Only little is currently known about their exact nature besides sketchy rumours, ranging from a super-heavy 'Manticore' tank over an armoured exo-skeleton dubbed the 'Venom' to what appears to a militarised version of an ESA orbital payload delivery mechanism codenamed 'Pandora'. Due to the complexity of the projects and the scarcity of the necessary materials, ECA commanders can only choose to develop and deploy one of these prototypes. In addition to a very powerful experimental weapon, each project also grants additional benefits. At the same time, the R&D Compound provides the ECA with a number of additional technologies that are somewhat more mundane than the secret prototypes, but nevertheless vital for the advanced stages of a battle.

Do note that the model changes according to each project and you are locked into a project per game once you've purchased it.