Rise of Rome features include tight hoplite formation rather than the pikemen phalanx fromation and
Veggiemod v1.5.

The map is the prologue map, with added regions and towns.

Starting date: 400BC, also include 1 year per turn script to make years past little faster.
Roster of the italic factions is similar with little exceptions, only the Republic of Rome get the Polybian Reforms that transfer all their roster into few core units,
including the Hastati, Principes and the Triarii, when this moment come Rome should have the upper hand.

As far as i tested its not an easy campaign, at least with Rome it will be a challenge.

Known missing/todo things:
-Mounts texture
-Sounds to units
-Change officers
-Change generals portraits
-Change generals names
Now with the remaster that caught me unprepared and other stuff i wont complete those, still the mod is very playable.
Important note, the Senate has been removed so dont click on the Senate buttons in game, it will crash. 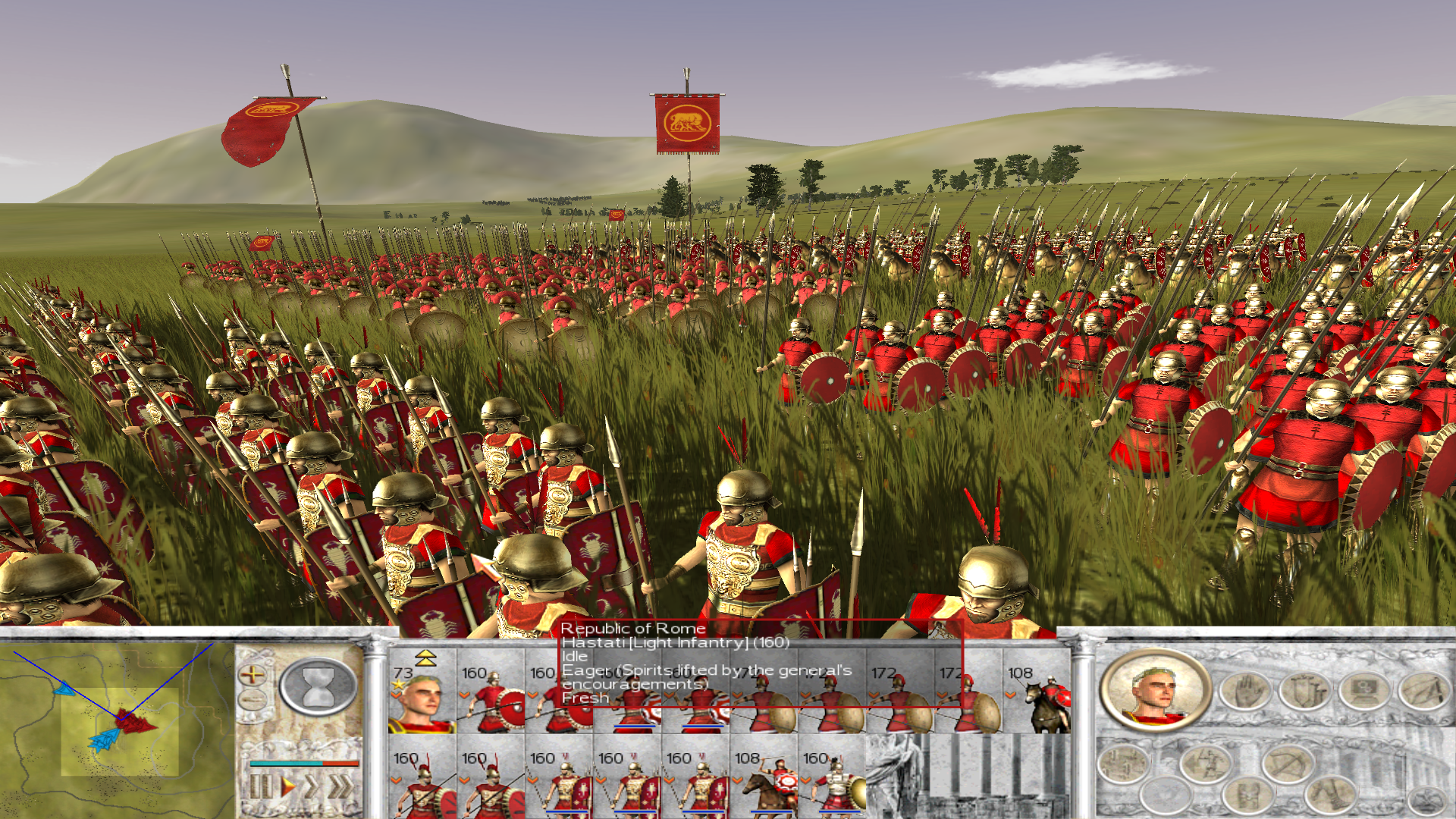 Rise of Rome is a small mod that his base is the prologue map, adding regions and towns, at the start only the Republic of Rome is playable but all others...

update the mod,make the other factions playable instead of unlockabe and add win conditions for both imperial and short campaign

VERY good mod! have had tons of fun! surely now that i can shape the roman army in ANY way i want for my own playstyle! ..but ngl id really like a mod set during the kingdom times..doesnt even have to be big..since warfare was..well just look at this video Youtube.com ...could become a cool mod! or submod? idk..just wanted one and you are the only one that has not only gone earlier than the games start..but done it in rome..before even the maniples where a thing and during the hoplites reign..but after the tragic fall of troy

Hello ! nice mod! i gave you 10 for it. My friends like your work too.
will you plan to make more improvements in future?

Hi BagaturKhan, thank you, hmm probably no, dont have much free time sadly, but if you want or know some1 that can work with this mod and improve it go for it!(just let me know)

Thanks for information! Lets speak in PM, friend ))))

*FOR NON-STEAM USERS*
You can run this mod on the CD based version with the latest patch included, all you have to do is extract the mod folder and move it to the game's directory, then,go to your shortcut properties and paste this code next to the destination: -mod:RiseOfRome (if you want to run vanilla rome again, just delete the code)

the mod runs on non steam version,problem is it crashes on loading every battle,problem is not getting the mod to run at all,problem is,the crashes happen EVERY time

ok so basically i pasted the folder content into base rome folder as usual, start the game, new campaign and during loading screen it crashes giving this message data/riseofrome/data/models_strat/symbol_scipii.cas

I have steam version, now i guess i have to check game files to revert back to vanilla. Let me know if i did sth wrong, thanks.