Now this version is not consist of races from different universes. Now this version is about my own universe. )))
Please, don`t think that its have connections with our world. Its fantasy. Its absolutely Fantasy world. So don`t criticize with historical accuraccy ;)

- Alternative fantasy Earth. Year of first turn is 1080 AD. But you can play almost 800 turns.

- England is have very powerful army, AI and economics system.

- New win conditions for all factions

In 1546 year Native American Kings tired of wars with European invaders and made arthefact with power of Time Gods. They activated it and returned to 1400 year. Now they knows about powerful european conquistadors more. Conquistadors must not come to America. America is land of Gods and no one white face will capture it. Now, great chief, lead your army of true Sun warriors to victory! Lets go to Europe and capture it! This is the revenge of Aztecs! Come one, brothers! For the Sun God!

- Aztecs are invasion faction with big armies in North Europe. .

- Paris Rebels are servants of Communism and have base in Paris. France now in civil war.

- New design of loadscreens and icons

- Denmark now have united with Norway and have name Denmark-Norway.

- Full reskines of many european armies.

- Win conditions in campaign is completely changed to more hardcore.

- Africa walkable (now you haven`t borders, you can walk all desert with your generals)

- Added new factions to Americas campaign - Poland Colonies, Hungarian Colonies, Byzantium Colonies, Portuguese Colonies, English Colonies, French Colonies, Norway Colonies, German Colonies, Moscow Csardom Colonies and Italian Colonies.
- Tarascans, Apacheans and Mayans are now very powerful factions, have impressive economics level, more start territories and more power.
- Changed win conditions to more hardcore level. You now need to capture full map in full campaign and half of map in short campaign. And this is for all factions, even for native americans or factions with small colonial armies.
- Rebels are now more powerful then in vanilla game. Now its can be true competition if you want to capture their cities.
- Changed many aspects of campaign scripts and events. Now you can watch new side of game scripts.
- Added more powerful economics level to invasion factions. You now can build good armies of late infantry, but you mustn`t forget that AI of enemies is also wise and can build even more big number of units then player. Americas is now true battlefield of thousand armies.
- Non-playable native American factions are also have good positions and can be nightmare for player.
- Added other minor changes and fixes.

P.S. ITS VERY NORMAL TO SAY, THAT THIS MOD IS BROTHER OF EUROPE ON FLAMES. 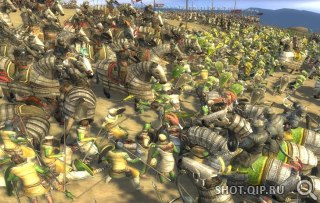 This is the last and latest version of this mod.

I decided to post it there, because i haven`t time for modding now.

This version consist of materials from 1400 version. And also adding some twixes and fixes there. For example, city system in the campaign map was changed. Enemies became stronger. Changed win conditions. And many other things. Alternative reality in all beauty. (don`t forget, its a fantasy mod, so its not need to say about historical chaos).

Anyway, thanks for playing it and downloading.

I changed my proffession to writer and now working with my own fantasy universe.
Modding is my past, friends.

Information about 1500 Campaign Release with name Land of Death.

Fall of the White Face

This is article about one of two 1400 mod campaigns. There will be 2 campaigns of 1400 version.

1400 Full Version is coming soon! And this is article about it.

Needs to see votes of my friends and I will add this faction to 1400 campaign.

Campaign of the mod about Aztecs attack to Europe and Russia lands. Its have new gameplay, new factions, new units, gunpowder, new win conditions and...

This version is for M2TW Kingdoms. Its big update of British campaign. It adds many new factions, units, win conditions and rebalance of campaign.

This is 1080 Campaign Version! Download and play all! This have new factions, units, banners, campaign changes and other things. Its for Medieval 2 1.03

do you have to have all these mods to play? or could you just download the one?

So this is a bunch of mods on this page? Which one do you sugest to try out?

you can try all you want

For 1080 and 1400 versions.
1. Backup your Medieval 2 TW folder
2. Then put all files to data folder and cfg file to main directory. Overwrite all files.
3. Then start medieval2.exe and enjoy the mod

That's all.
Don`t need to write that instructions are useless and you can`t install it. To be serious, installation of this is not very hard.
I know mods, that have truly hardcore installations and settings.
For example, Stainless Steel mod is really hard to install and play. You need to install mod by exe and then try to understand campaign settings in SS_Setup, and only after that play mod.

cant open cant do anything. instructions are useless

send me PM and ask what you can`t do. instructions are not useless.. many my friends already played this mod and it was working good.

It's a really cool mod