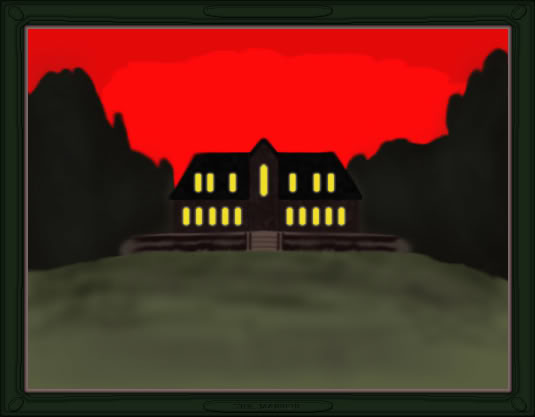 They say that true fear is something you never forget.
What if you went back to the first time you experienced that fear?

Step back into the first Resident Evil game in this project for Resident Evil: Cold Blood.
It features all the ominous settings and terrifying creatures you remember from that
first spin of the Resident Evil disc in your Playstation.

Back to the beginning of fear...

The Prologue Project aims to recreate every nook and cranny of the areas of the first
Resident Evil for the Playstation. It will, also, include every monster from the original
game, from the infected wasps to the monstrous Plant 42. 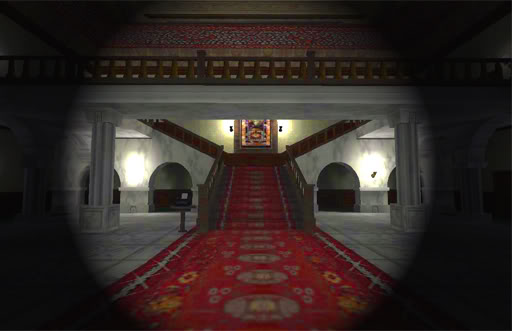 Team work will be possible online, of course, but the game will still be accessible to single
player run throughs. Monster respawns will be made sure to not be unrelenting and ruin
the game play or atmosphere, which is of high priority to preserve.

Ah that's a great question which warrants a great answer: when it's done.

In all seriousness though, as a team working on individual aspects it is really difficult to assume it will all come together at the same time. I do however have a target for myself and it's not years away. That's all you're getting.

Why HL1? Why are you not using the source engine?

Put simply, I don't like the tools and my computer's old enough to know that it's probably beyond it. I know the obvious benefits of the source engine over the goldsrc one but I feel source mods lack a certain charm and feel too much like HL2(yeah I know that seems like a stupid statement). Also Resident Evil: Cold Blood managed to capture that resi feel so well and has so many resources that I need, so for me it was a no-brainer.

I think you may be missing the point. If you're enough of a RE1 fan as I am then it's not just a few maps. Besides it may not be that straight forward. More on that nearer the time.

Why the non-activity for over a year?

Without sounding too philosophical, my priorities changed at that certain time in my life. Plus I found myself feeling "burnt out" with the mapping as I was almost becoming obsessive with it. I took a break and found it harder and harder to return. However I'm back now and determined to see this through.

The remake mansion was better. Why aren't you basing it on that?

Two reasons: it's alot more work and the level of detail in Remake could not be achieved in this engine and would be a struggle to completely replicate it in source. I mean, Remake is now 8 years old and still looks superb. Both the original Resi and Remake are my favourite games ever but the original Spencer Mansion was so much more rememberable, and I'm not just talking about some of it's questionable wallpaper.

RECB is dead. It's going to be difficult finding people to play with.

True. Although it will support coop play, I think it will be better played in single player. I still know of alot of people who have good memories of RECB and hopefully this project will bring them back for atleast one more play.

A new build of RECB. Is this going to be Beta 3 or even a final build?

This won't be THE final build. It will still be in some sort of beta even if it is the final version released. Besides we're uncertain whether it will simply be 'Beta 3' or a 'special edition' to simply accomodate for these maps.

What new features will be in this version of RECB?
TBC. At the moment all I can confirm is that it will contain new code to accomodate for the new monsters.

Will the old maps still be playable in this build?

Again TBC. It really depends on if/what new features will be added.

Is this a complete remake of RE1 including S.T.A.R.S.?

Nope. You play as the RECB survivors, hence the name: Prologue Project. They stumble across the mansion after escaping Raccoon City. Whether it's a parallel universe where STARS failed to destroy the mansion or just a replica one. That's up to you.

So you're back on track. Any new media to show?

I will show new stuff as and when but I don't want to spoil too much. Rest assured though if new media isn't shown for quite a while it doesn't mean progress has halted.

Why don't you create static camera angles to give it that resi feel?

Well the sole aim was to explore the mansion from a different perspective: First person. I have however been thinking about another project which recaptures the 'old skool' feel in an engine like goldsrc but I really need to finish this first before entertaining the idea.

Some of the pictures you've shown are very dark. Will they stay that way?

It will be a little darker than the original game yes (remember most characters have a flashlight) but all the images uploaded are still WIP so I am reworking it all the time. I would however suggest the best time to play PP will be at night, not when the sun is beaming onto your screen!

How true to the original game will it be?

As true as I can make it. I know RE1 inside-out so it's in good hands. There will however be a few surprises...

I am a perfectionist. I'm not done with this until I'm happy with it (I'm also hard to please!)

I think I can help you with something. Are you open to offers?

Sure. We are a small team that has limited time so if you think you can help, get in touch.

Can I make any suggestions?

Will I see a RPD zombie in the mansion?

Will it be possible to become a Jill sandwich?

I've tasted it. To be honest it's overrated.

Yes we're not dead or rather the project isn't and the update's long overdue but hey it's here.

TASTY NEWS - The Resident Evil: Prologue Project Trailer # 1. It shows a walk through of the first part of the Spencer Mansion. The video and featured...

6 years since the last update, huh... I doubt these guys gave up working on this mod but if they did... then that's a real shame. Quality mods for HL1, such as this one, are pretty rare for HL1. There's barely any good mod these days... If they stopped working on it, then they gave up a huge jewel.

Hi
the guest that you responded to said that he doubt these guys stopped working on this mod .can you confirm this ?

this mod still alive???...please tell me i want to download in sometime :(

The mod is not more dead because it cant be.

oh please finish this mod,i want to play it :D!

No newa for this mod it will be really sad to see it become bad cos its looks really good and sure u guys worked hard with it.
I just wan't say by the time u complete it 100% it will ne good releasing a beta version even its not fully complete to ppl can try it at last.

Amidst your Fears Half-Life