See how the world changes after the Allied Time Travel Machine has forever altered the course of history. Will the knowledge that the Allies gained from the future, and that allowed them to defeat the Soviet Union faster, affect the resulting power balance in the world? What will the temporary alliance between the Soviet Union and the Allied Nations against Yuri mean to the public? What happens to Yuri's followers after their master has been captured and their plans are in ruins?

The story takes place just after the Allied campaign in Yuri's Revenge, and explores a possible future for the factions involved. It assumes that some things from the Soviet campaigns still happened in this timeline, but only in ways that are very insignificant for the plot of the original Yuri's Revenge Allied campaign.

In the field you will often command or fight against special campaign specific units, which make the missions a different experience from the normal multiplayer or skirmish battles. The units available during the campaigns are not focused on what the sub-faction can build in skirmish battles, but on what is more accurate to the plot and what situation the player's faction find themselves in.

Even though progress has been slow, the mod is slowly becoming what I want it to be. This release is rather small, it contains only a few missions and has only simple unit balancing. Certain factions are missing a few things. Still, I believe it is good to let people make their opinions on where this is going.

The following can be found in this version: 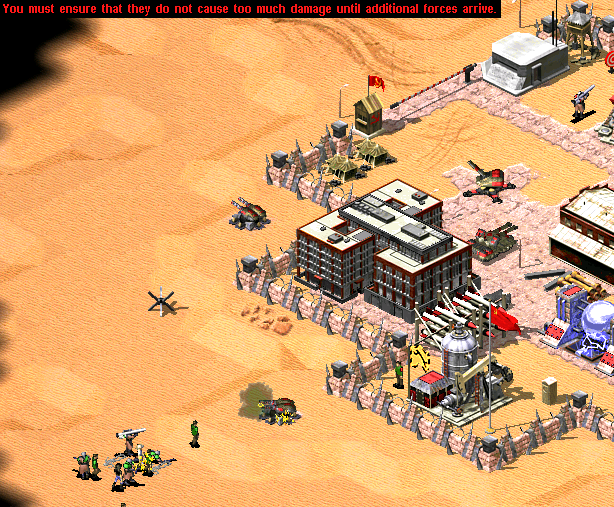 There are plenty of campaign missions to try out.

In addition, we designed new loading screens for skirmish and campaigns, in order to make the waiting time more exciting: 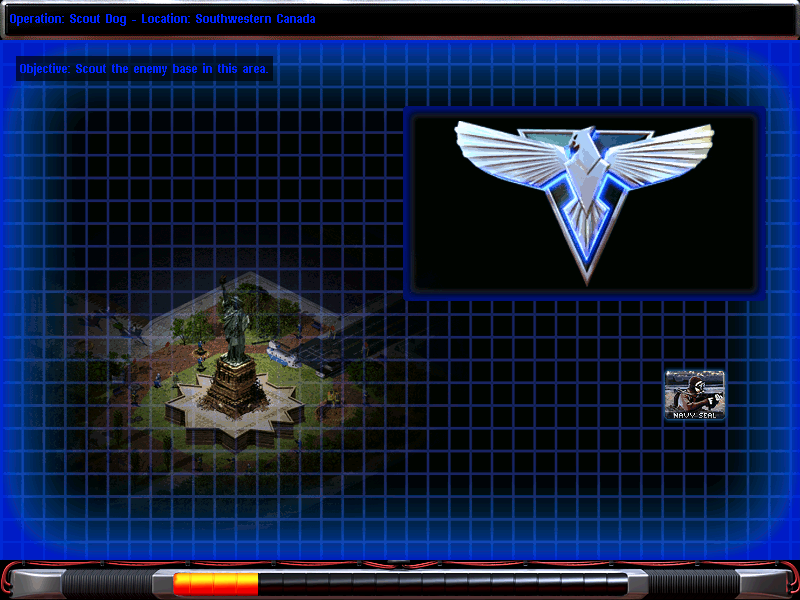 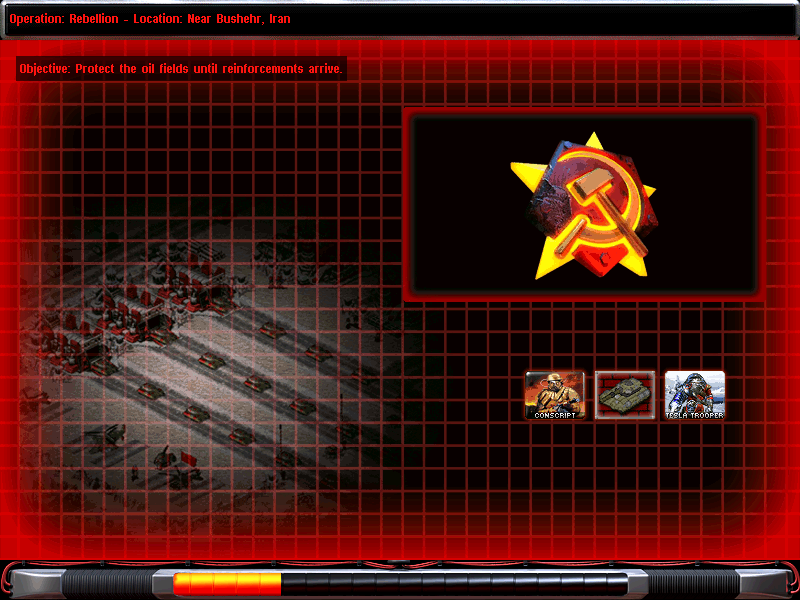 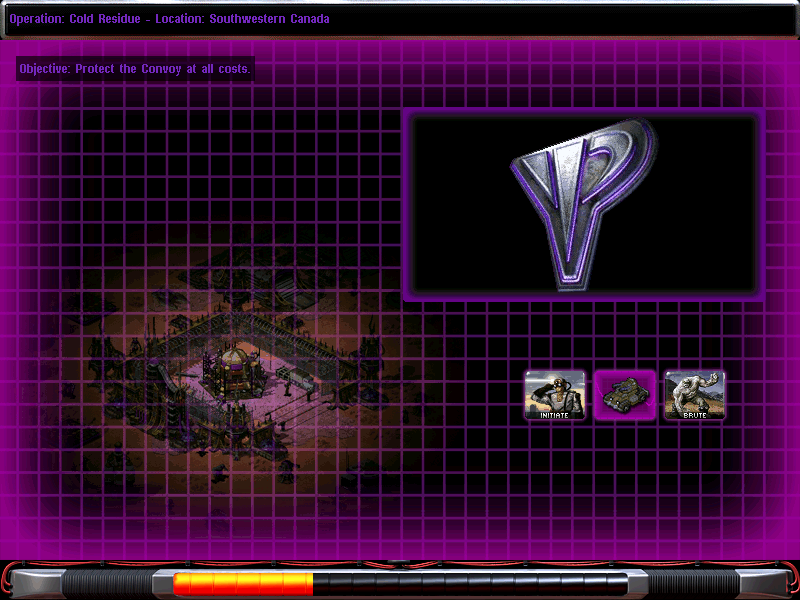 It has been a year since anything has happened here. Still, when time becomes available, things are being done.

With lots of free time and creative work, progress has been in made the mod during this summer.

The first release of RA2 RC. This is just an early version of the mod, which is far from complete.

Hello there. Nice campaign missions. Is this mod dead:?

I've got an issue trying to run the mod. Whenever I try to run the .bat file, I get an error that says "Failed to initialize. Please reinstall." Any fix? I have a clean install of Yuri's Revenge.

I have a question, I am working on making every C&C3 campaign mission working with a Co-Commander just like RA3 and so I was thinking if I can try something like this in RA2, I still need to learn the basics for Final Alert but, do you know where I can learn how to make singleplayer maps and put them as a mod?

Most of the time, normally this mod crashes..

Could you be more specific? What crashes when?

Good job on releasing the alpha. Hope to see more from this in the future, will likely give the missions a spin when I have the time.

It's a great mod! Looking forward for a release!

Looks nice. i will start tracking it.