Vote us on the Mod of the Year!

Project AHO - is a large quest modification, in size, comparable to a medium sized DLC. In this expansion, you will get acquainted with the history and inhabitants of Sadrith Kegran - a hidden settlement of Great House Telvanni, built on the ruins of a great Dwarven city. Uncover the secrets of the most grand Dwemeri invention - Aetherium Hyperspace Observatory. 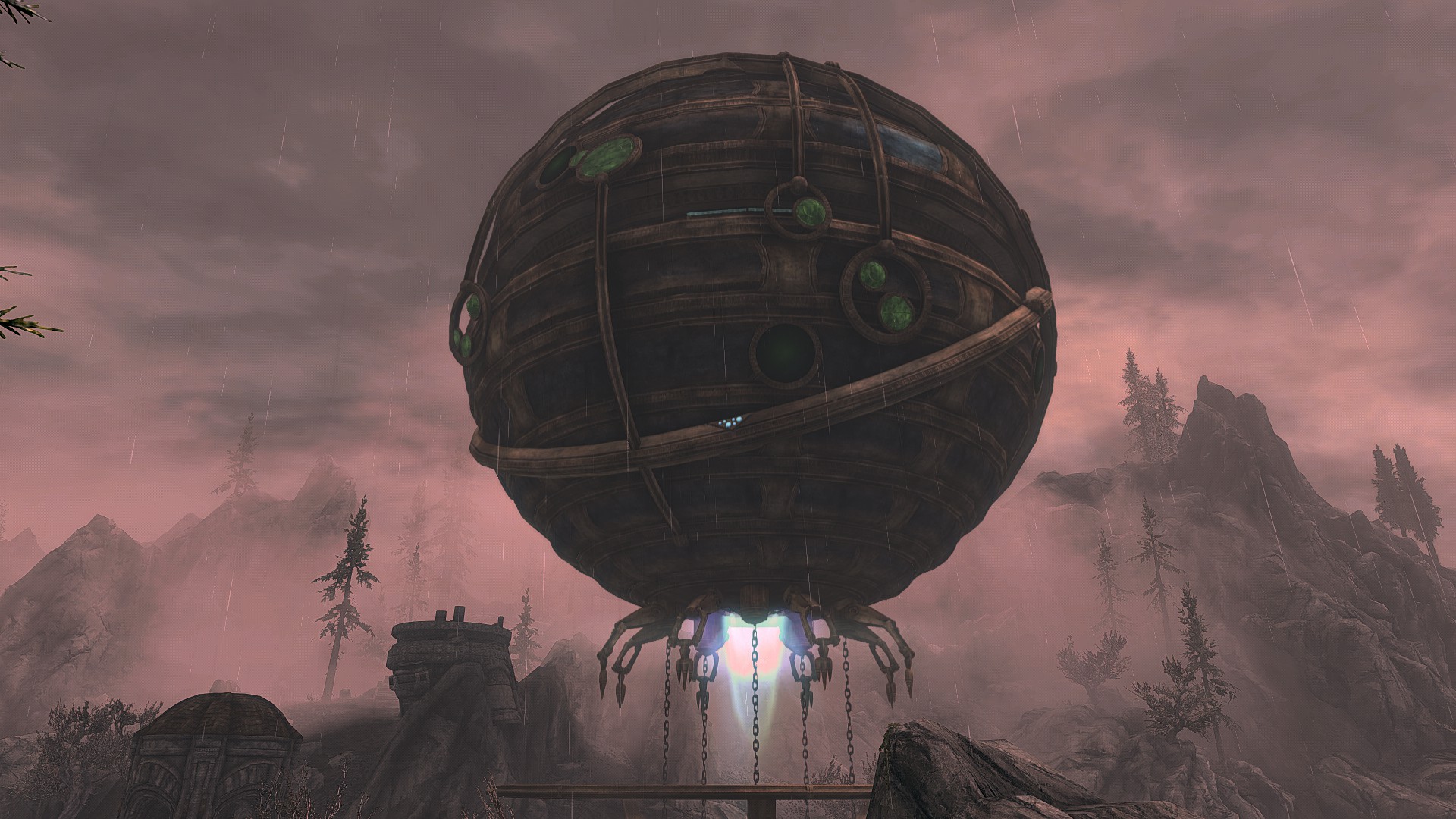 We are creative duo creating mods for The Elder Scrolls V: Skyrim.

Ja'wa Follower
Ja'wa is a follower with many functions inspired by jawas from Star Wars.

Staff of Shalidor
A small house on the tip of staff. 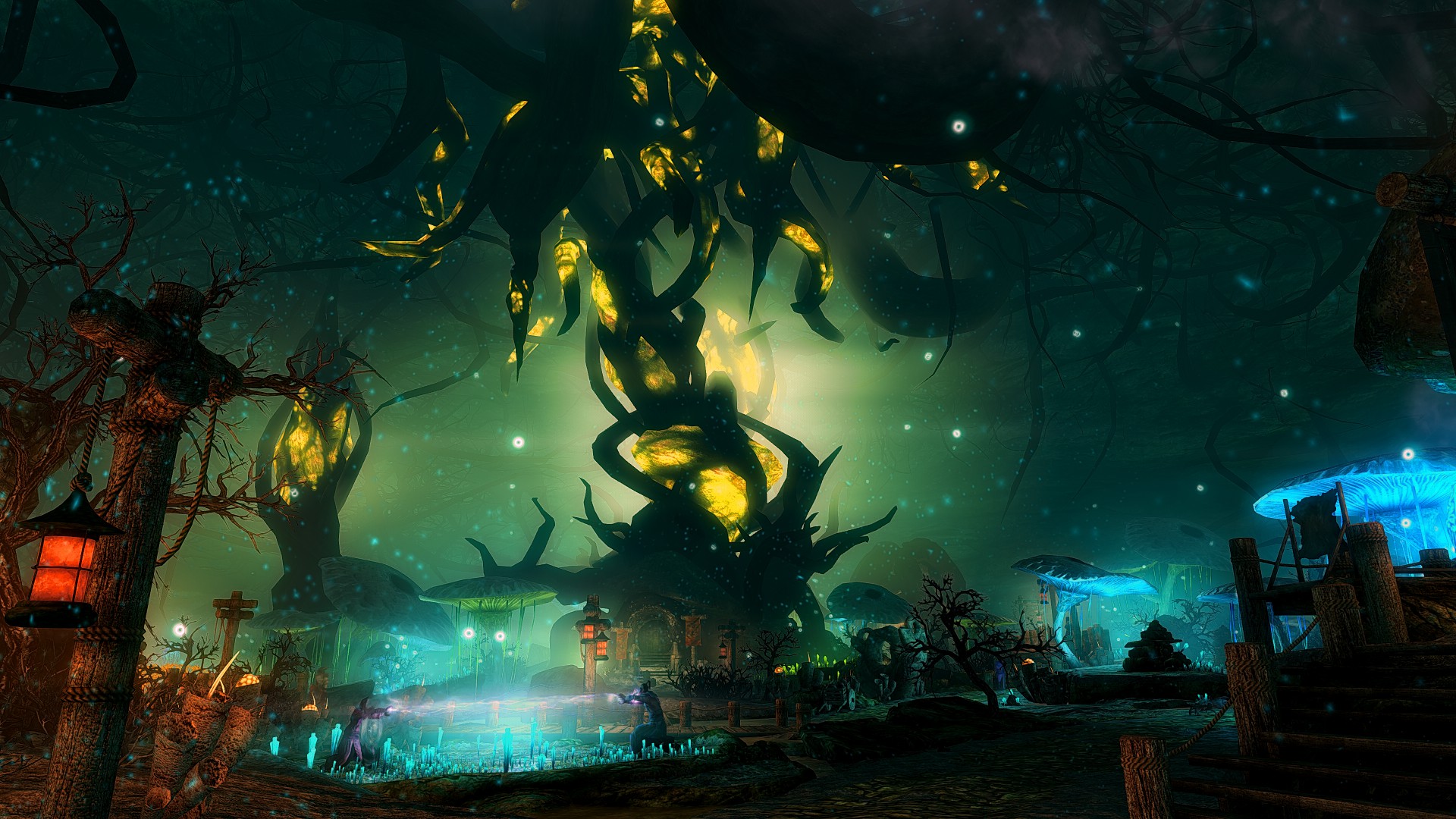 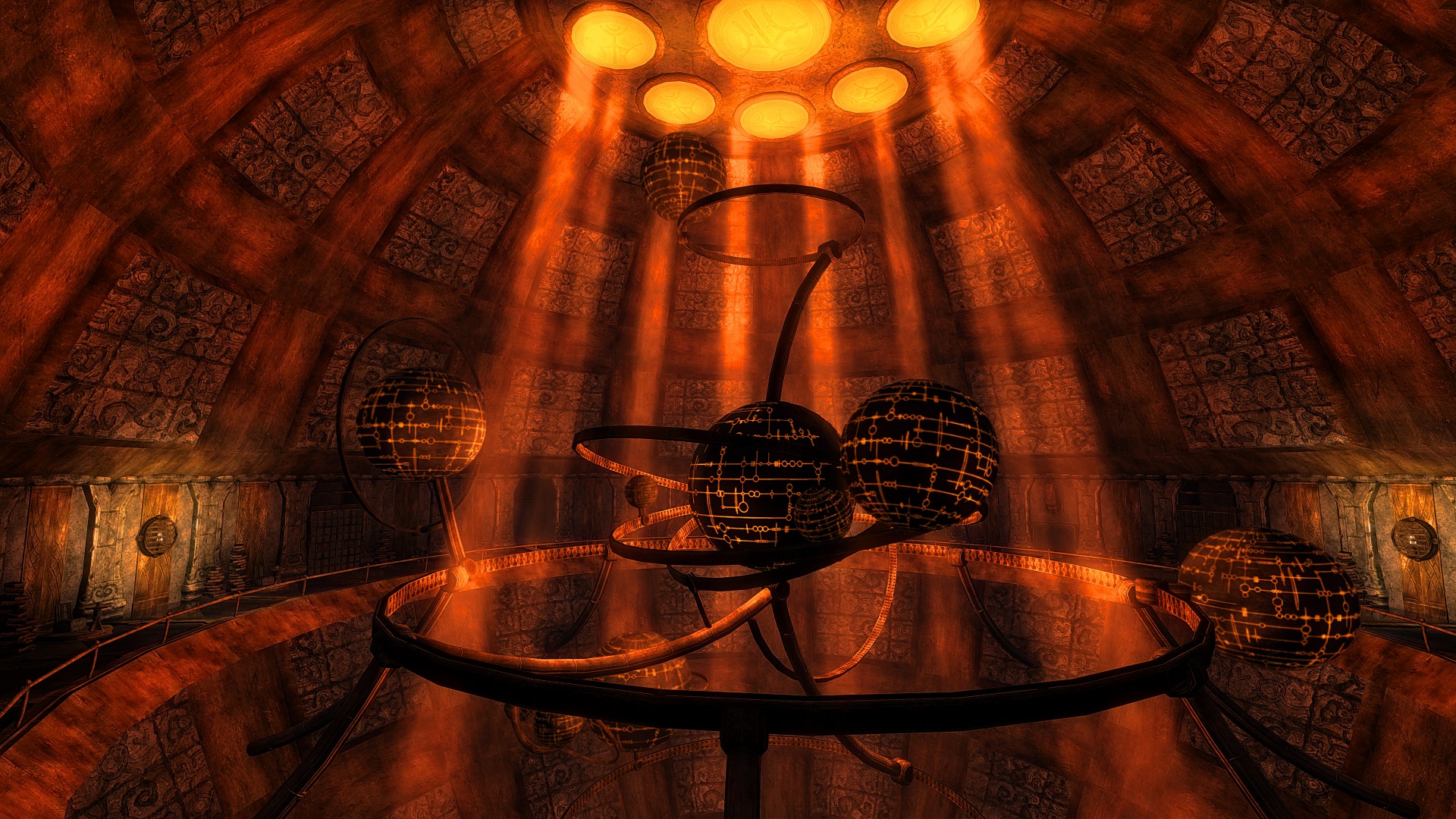 Q. Do I need any plugins or utilities?
A. Nope. No SKSE or FNIS or other mods.

Q. Where does the mod take place?
A. The mod takes place in Sadrith Kegran, an underground city located near Steamcrag Camp, Eastmarch.

Q. Does the modification affect any city or other parts of Skyrim?
A. The modification hardly affects the landscape from Skyrim. Several exteriors of Dwemer ruins are updated, however, no original object has been moved. Intervention in the game is minimal.

Q. How long did it take to develop this mod?
A. More than three years, took the development of the project. Throughout this time frame, several concepts and ideas had changed. Around spring-summer of 2017 the project had settled on its final stage, which was released.

Q. Does mod add artifacts from old games of TES?
A. No, that does not quite fit our concept, so there are no artifacts of the past, in fashion. Speaking of which… there is one minor thing from the times of Morrowind, but we will not discuss that, to avoid spoilers. It's more like a tribute to memory, nothing more.

Q. I'm used to finding objectives on my own. Can I turn off the markers?
Of course! The entire mod is designed in such a way that you, yourself, are seeking out the objectives. All clues are in the books and notes that the characters give you.

Q. Can I play with companions?
We recommend you let go of any companions added by mods, at the start of the game. Companions from the vanilla list will be released automatically.

Project AHO is now available for Skyrim Legendary Edition and Skyrim Special Edition on PC & XBox One!
You can download it here:

The development of our project is nearing completion and we decided to sum up some of the results and tell the overall statistics of the mod.

Hello everyone! We are happy to inform you that 70% of the voice acting is already complete. A few new screenshots for you!

Project AHO - is a large quest modification, in size, comparable to a medium sized DLC. Created in the best traditions of Bethesda Game Studios, the mod...

Project AHO - is a large quest modification, in size, comparable to a medium sized DLC. Created in the best traditions of Bethesda Game Studios, the mod...

Have looked everywhere and Cannot for the life of me find any instruction on where to put the Mods files. Nexus Mod Manager is broken or not working anymore for some reason or another

Where did you get stuck on what quest and for what reason was it a bug or something else.Tell me and i can help you,I have finished this mod and played to the main story.

Hey love the mod hours into it and hands Down the best quest mod I have played. It feels better than bruma as well as looks better. Story is epic and makes u feel like u r in another province of tamerial. My new favorite mod. If I am stuck where do I direct questions?