" No one in living memory can comprehend the language of the gods, but perhaps a chance encounter with a cosmic soothsayer can lead to some vague understanding, that even such low-class nous can decipher."

A mod being made by Amnesia Pandemiac - a special event including experienced developers - about an epidemic situation in another world, we can all relate to..

The mod reached a point by the end of this summer, where all 8 maps are part of progression, connected and mostly finished aside from events and story. This was the biggest step so far, and it was necessary to start the work on the demo, since as previously mentioned it contains map parts of each of those maps.

The 2 maps that were added recently are "Noble Villa" (by Lester) and "Ruined Crypt" (by Oddstuff and RetroTree), that were previously highly unfinished, especially the second one. Vivarium, the last map's reveal, will have to wait a bit until i'm satisfied with its quality enough to showcase it. 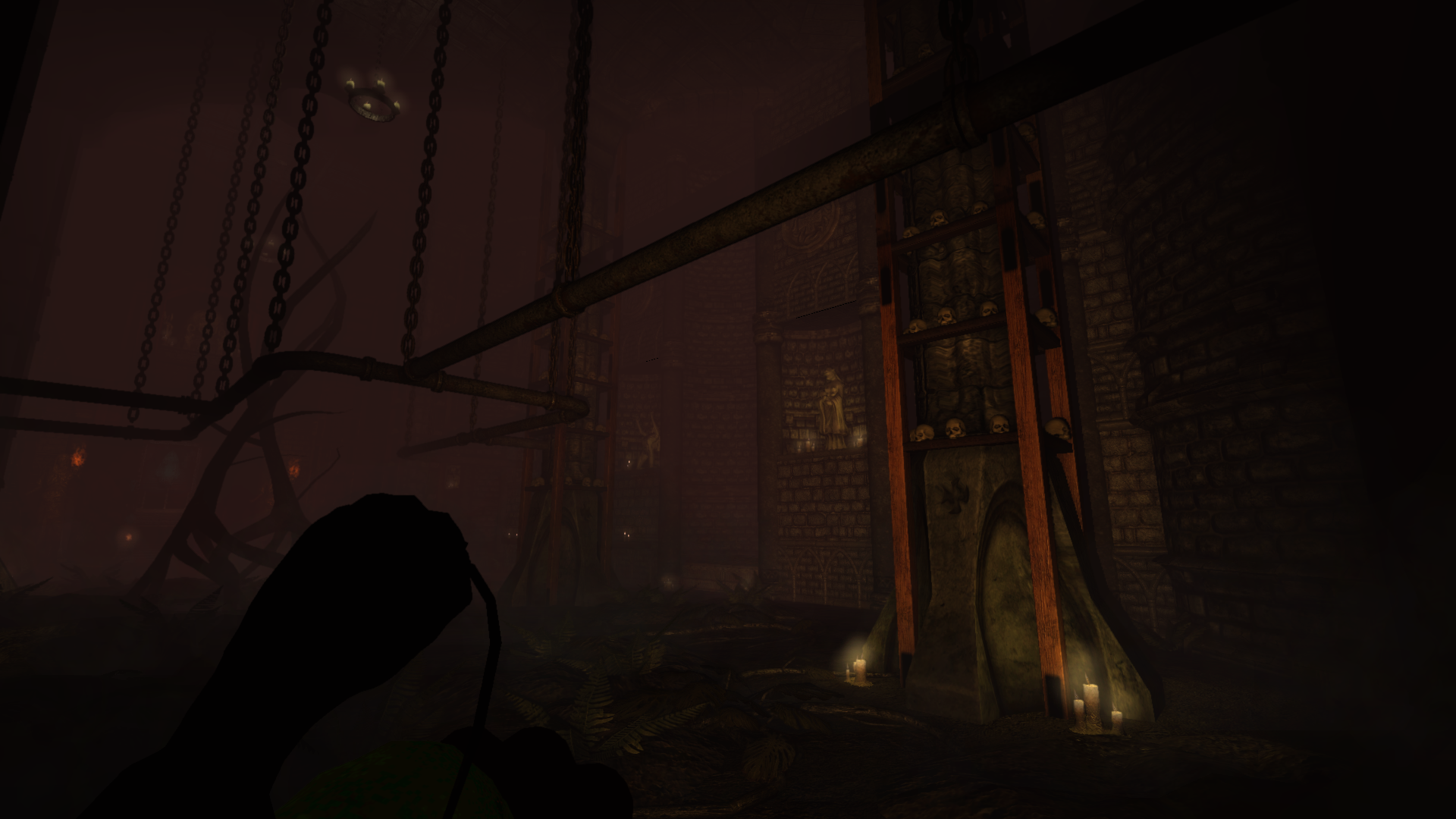 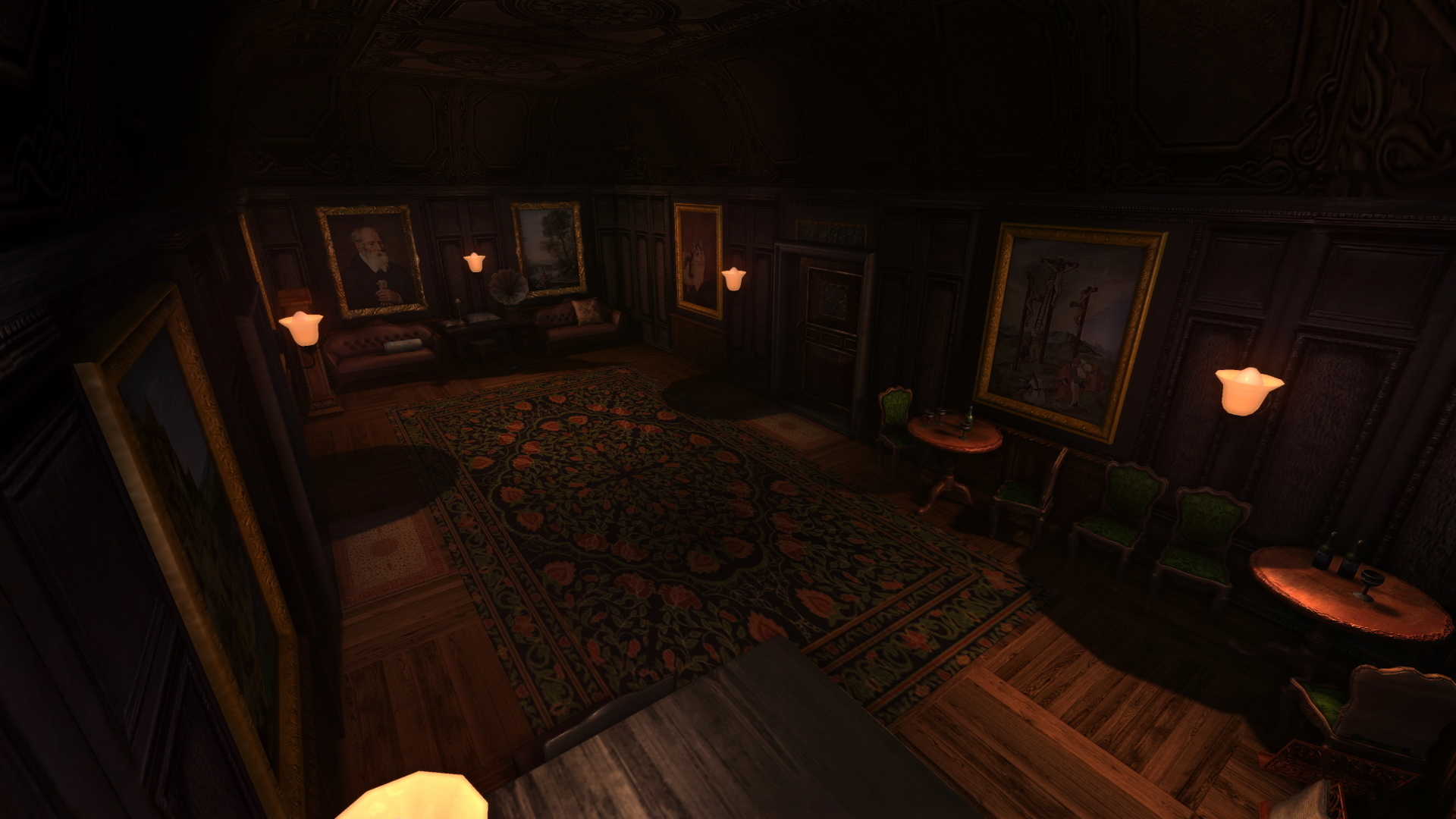 With the demo mentioned, I need to say its release was moved to later (I'll do everything I can, to release it this year), due to a lot of bugfixing and expansions of existing levels. The sheer size of the mod and the levels didn't come without its technical difficulties, such as crashes, materials not appearing (see below) 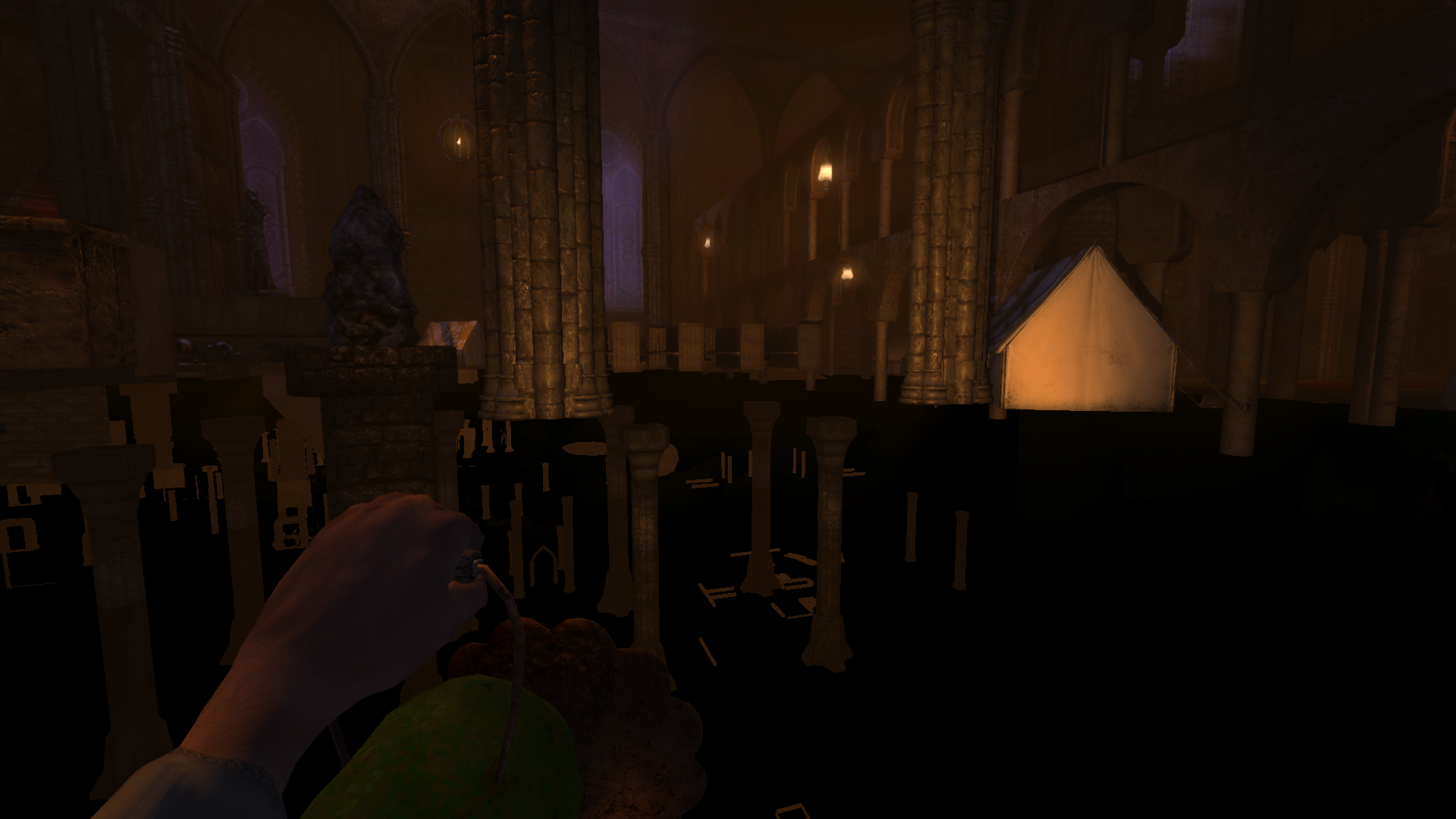 These technical difficulties were mostly attended by only me, this one even took an entire year to figure out what causes it (thanks to Logan and Florian for tips).

Logan is working on new music, for now I have one of my own edits to showcase:

The demo itself will feature 2 maps, 4 sections each from various levels from the mod. It's a standalone nightmare type concept that features a descent similar to the original game, and a series called Made in Abyss (screen below is illustration from that one): 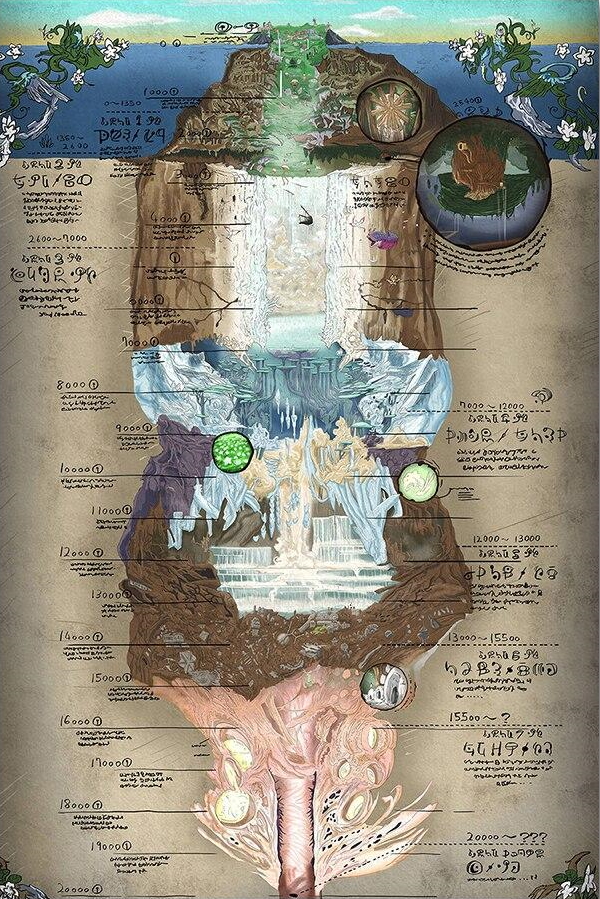 So that's another inspiration to add to the list.

Compared to the single cathedral hall I had last year, we now have this monstrous world that I'm working with (on the screen you can even barely see the underground sections, they go pretty far down), as courtesy by all the talented people I have on the team. I have updated the team member roster on the release group, you can check that out as well if you're interested who did what, with a few WIP screenshots featured there as well. 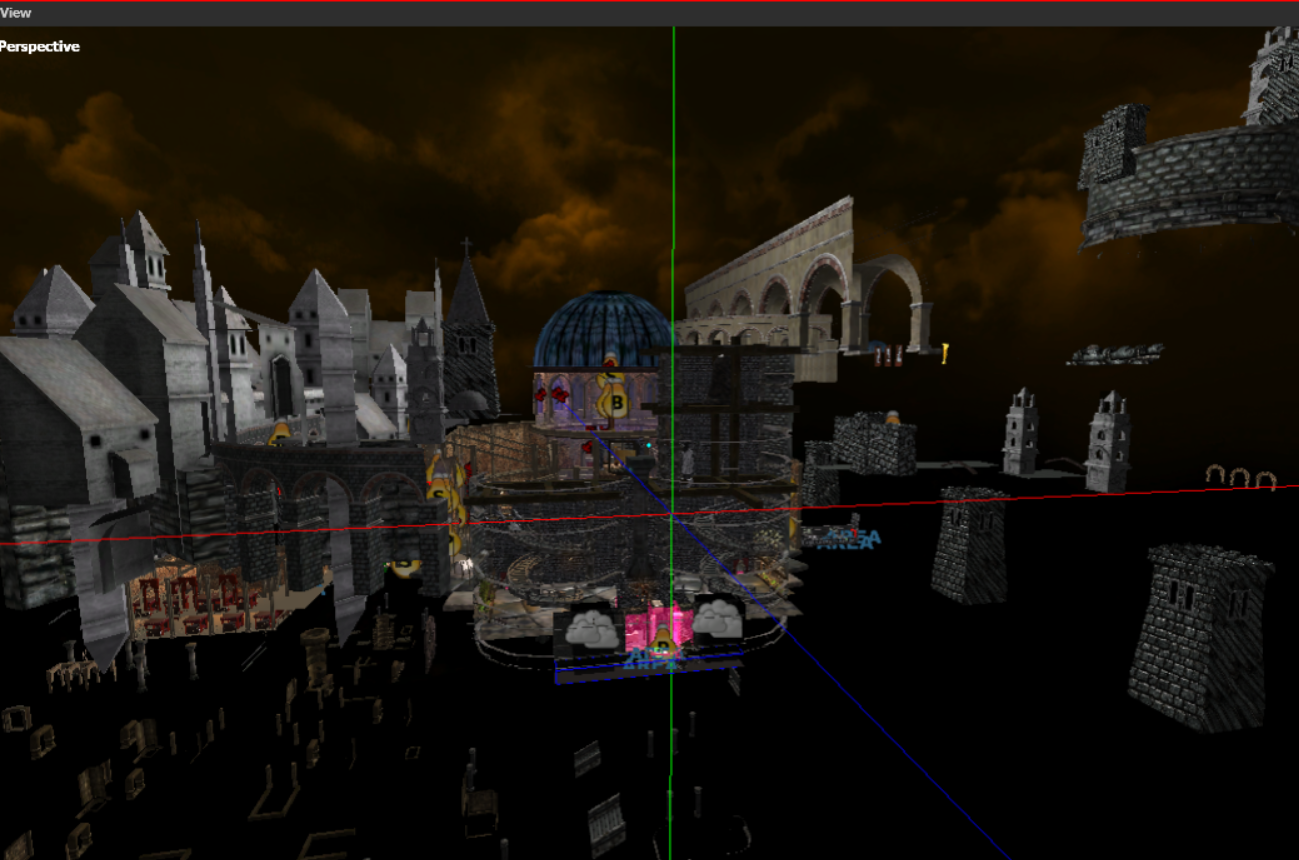 It has its own, standalone story, that you can separately enjoy, even after the final release. Basically an indirect prologue to the events in the mod.

Best of luck until then, it will worth the wait!

Hey! It's been a few months. Some other participants and me have since finished Elden Ring, and the work has been resumed.

The coming of Elden Ring and the current situation

Hi! Amidst the ukranian crysis I thought about sharing a progress report and where things are going. Here it goes..

Happy new year folks! A lot has happened in the last few months, involving most of my mods, so I thought you'd be given an update on the progress of my...

Hey folks! I'm glad so many of you are still interested in a mod like this at this time. So i thought I'd share some info about where we are, and what...

I can't believe something as insignificant as the threat of eminent nuclear annihilation would stand in the way of getting anything as important as this mod completed.

Well mostly my own time management is the only one that gets in the way, but we'll try our best to deliver it in this century :D

That Logan Felber soundtrack is magnificent.

Amnesia group projects in a nutshell. Also any details about crashing? Like when activating a certain script or loading a new map? I've never touched the source code, though I know my way around HPL 2 pretty well, and had to troubleshoot many unexplained issues too

it most likely is a cache generating issue, always happens on startup since the debug menu was reenabled. it's currently being looked at, i'll get back with the results if needed. thanks for the interest :)

when exactly this game will be released?

it's TBD at the moment, but sometime this year

Unbelieveable group of people.
This has got to be the ultimate Amnesia mod ever

Any news on when you Gods of Mods are going to release this? Can't wait. It'll be great. !

Sadly it's gonna be a while. Everyone is busy and the work is going very slowly. It needs much work still. But more maps are getting closer to finish, so it's coming together.

You people really need to completely abandon everything else in your lives to make mods for no reward whatsoever for us to enjoy.