-Retrieve Information in a suitcase and return it to a capture point
-Defend Fortified Area's from Capture
-Assassinate VIP Player (distinct model for VIP)
-Capture Specific Points on the map for your team to win.

Navy Seals has one of the most realistic damage effects you will ever see in a Mod. You won't see anyone taking one-hundred bullets and surviving here. It's all based on reality and how bullets really effect someone when hit by them.

Support for all major Operating Systems such as:

Hello everyone once again. Sorry for the long delay between updates but working on two projects in your spare time can be a lot of work. However that work pays off and we have a couple of things to show to you today.

Silent Risk - The Future of Covert Warfare
The website to our new project called Silent Risk (previously announced as ProjectSR) is finally launched. The game is a multiplayer action game set in a near future world of constant conflict. Highly trained and well equipped soldiers engage in Covert Warfare all over the world.

Visit www.silentrisk.com for some more glimpses into the game.

The project is still young and in an early stage of development. We at Team Mirage are looking for talented individuals of all areas to help out with the creation of this game. If you are interested, please visit the team page of Silent Risk website to find out more.

NAVY SEALS: covert operations (Gold Edition)
Aside from working Silent Risk, some members of TM are also working hard on NS:CO gold. We are not only improving the gameplay and the general visual quality of NS:CO we have also decided to totally redo the User Interface. This will make it easier for new players and veterans alike to navigate and modify the game. Great attention is also given to making the User Interface explain the different game mechanics of NS:CO to new users so that the reading of a manual is not longer a requirement to be successful ingame. 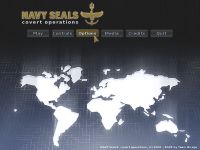 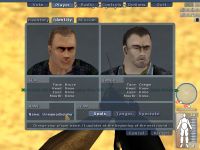 The visual concept and design was created by Beren Baumgartner and all further work and implementation is done by my brother Manfred 'Defcon-x' Nerurkar and me, Martin 'Democritus' Nerurkar.

If you have helpful comments on the old NS:CO user interface, then don't hesitate to let us know what we can improve in our forum. Also note that there's another Clash of the Titans on 26. February. Check out our forum for details on this.

Hello everyone. It had been quite a long time without any real news but now we have something interesting for you. With the release of Quake 3 Open Source...

Hello everyone, as you might know by now NS:CO is discontinued. Team Mirage has stopped working on it and due to the lack of interest we have also decided...

Hi folks, good news for everyone. Navy Seals 1.91a is done. The Release Date for Navy SEALs: Covert Operations 1.91a has been set to Sunday, the 4. April...

Greetings all you Navy Seals Fans, This update is to inform you all that NS 1.91 will be released on 02/21/2004 with more information to come as we get...

First of all, I definitely want this game back and updated with some new engine, I loved this game early 2000,had great clan wars and stuff....
This game was so special for the gameplay. You had to bandage so u don't bleed to death, sometimes difficult to play because u had to survive to make a kill.. The tactical point u made and the point in the category u wanted to unlock some guns and other gear. VIP... LOTS OF FUN. Le mirage... The creators of this game did wel but the problem was that they did in the wrong time, if they did invented this game now they would have kicked Cod and battlefield from the stage.
If counterstrike (also a very good tactical game) could use some of the ideas in their game they can make it better, my opinion.
My name in game was LsD and latest clan was *UAS*, a clan mixed with Belgian and Dutch people.
I regret that I land on these post so late because of the game that really needs a new start /beginning of a way to tacticical gaming. NS:CO was ahead of his time... To be continued... I hope.

Did you also play as Lysergic?

Vote to revive this game?

When are we reviving this game and playing as a small community of OGs? Count me in for the return!

i like this old school mod :P keep up the good work

sadly there is not bot binary files so its not even worth of downloading :( i played this on my friends lan and it was great sad that they never released bots this might still live if they have done that.....