Hello guys! It's time for yet another update. I know that I've said this before, but I can assure you that this is the largest update for Morrowind Rebirth ever! With it comes a ton of stuff including new dungeons to explore, new areas to visit, new creatures, new armor and new artifacts. This along with a ton of balance changes, bugfixes and other additions makes this a truly massive update. I really hope you enjoy 4.7!

Hello guys! It's time for yet another update. I know that I've said this before, but I can assure you that this is the largest update for Morrowind Rebirth ever! With it comes a ton of stuff including new dungeons to explore, new areas to visit, new creatures, new armor and new artifacts. This along with a ton of balance changes, bugfixes and other additions makes this a truly massive update. I really hope you enjoy 4.7!

Misc
* Removed the compatibility patch for Animated Morrowind Merged due to some issues that made the game crash. A fixed version will be included in a later update.
* Fixed an issue where the compatiblity patch for 'Illegal Dwemer Trading' caused the game to crash due to an asset no longer included in Rebirth.

Morrowind Rebirth Changes
* The collision box for NPCs and the player has been reduced in size meaning less situations where both NPCs and the player get stuck in various objects. Thanks to 'EJ-12' for the fixes.
* Made a ton of changes in Balmora, Suran, Vivec, Seyda Neen, Dren Plantation and Moonmoth Legion Fort, mainly aimed at improving aesthetics and performance.
* Trading with Raw Glass and Raw Ebony is now prohibited, as stated in-game (The Telvanni, Ashlanders and Khajiits don't care though).
* Leles Birian, the master trainer in Destruction, now actually has a selection of destruction spells for sale (used to have none..)
* The Adamantium Battle Axe has been transformed into a War Axe. The model is far too small to be a 2-handed weapon.
* The final encounter with Dagoth Ur is now much more difficult with more enemies guarding both Ur and the heart.
* Removed 'Morian Zenas's Mask' and 'Face Of Kagrenac' from the mod due to the low quality of the models.
* 'Duke's Guard Silver Greaves' changed to 'Duke's Guard Greaves' to match the other pieces in the set.
* Blighted creatures will now only spawn in specific areas in and close to the Red Mountain Region.
* The unique halberd 'Voidguard' now has an enchantment (Silence 3 seconds on strike).
* All Dagoths now have souls that are strong enough for constant effect enchanting.
* Goblins will no longer drop an almost endless supply of health potions.
* Ald Redaynia now has a healer offering a small selection of potions
* Added Sixth House ash statues to the service refusal list.
* Added 10 new responses when taunting NPCs. 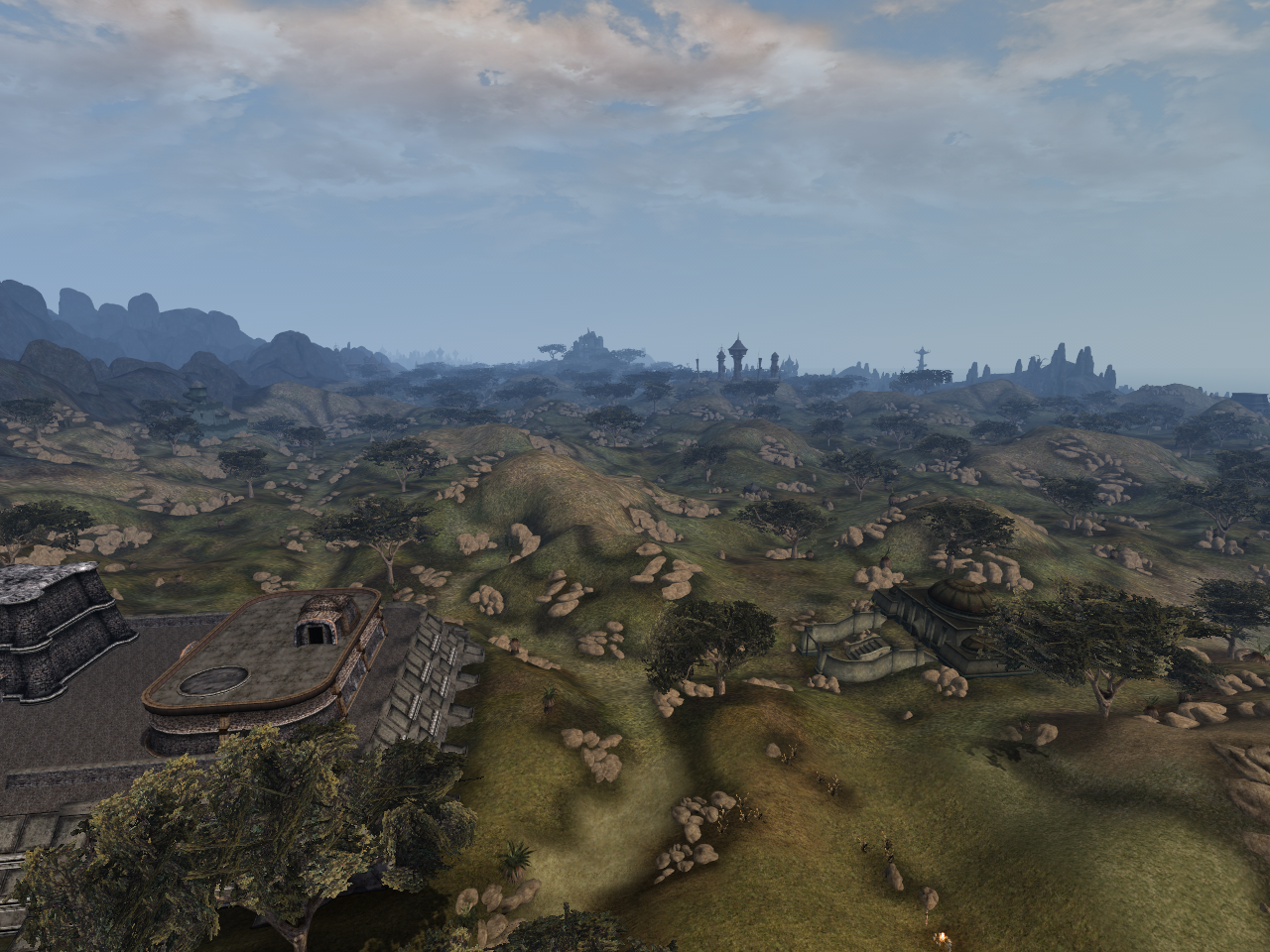 Morrowind Rebirth 4.7 features a large overhaul of the Grazelands Region 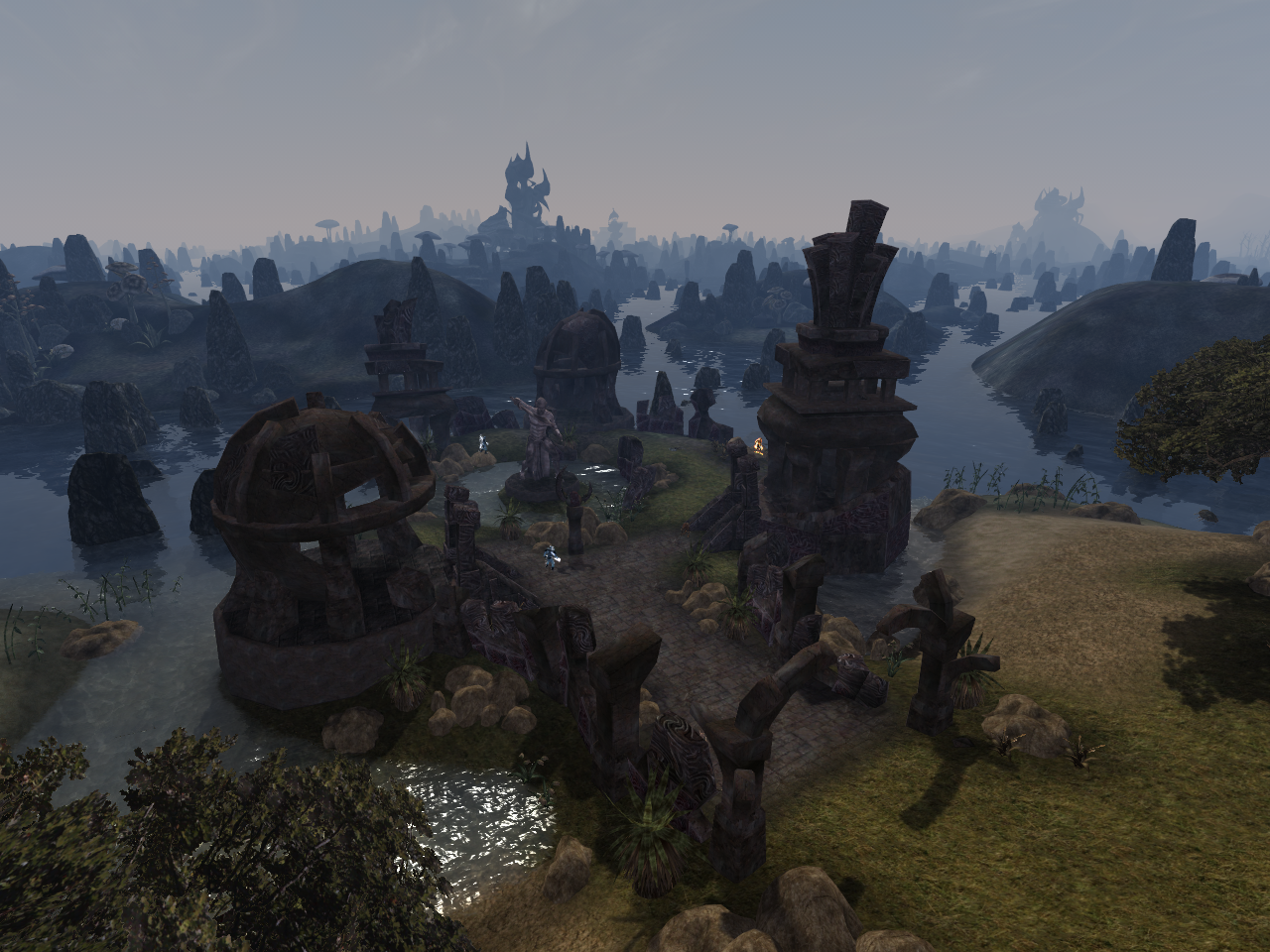 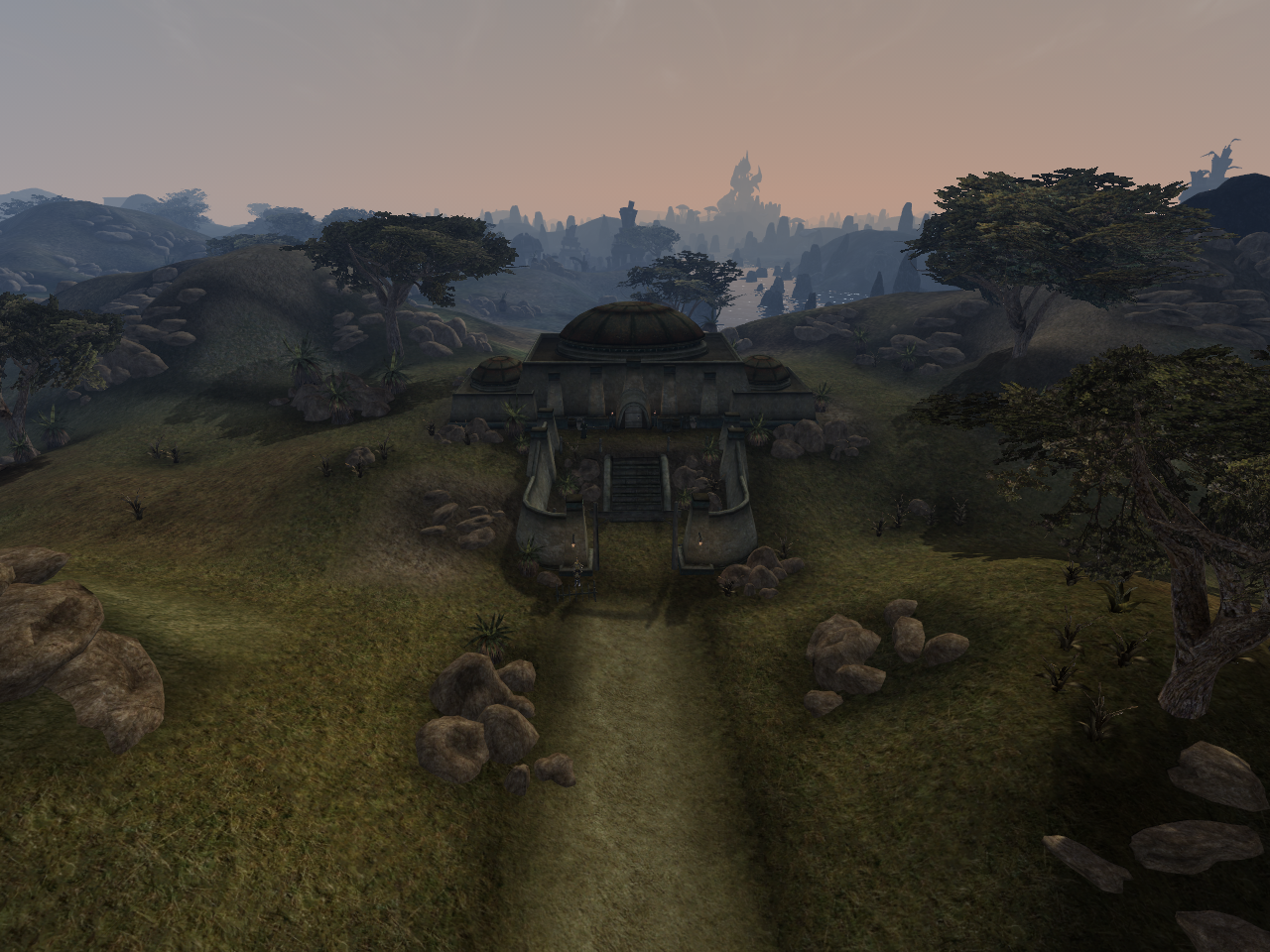 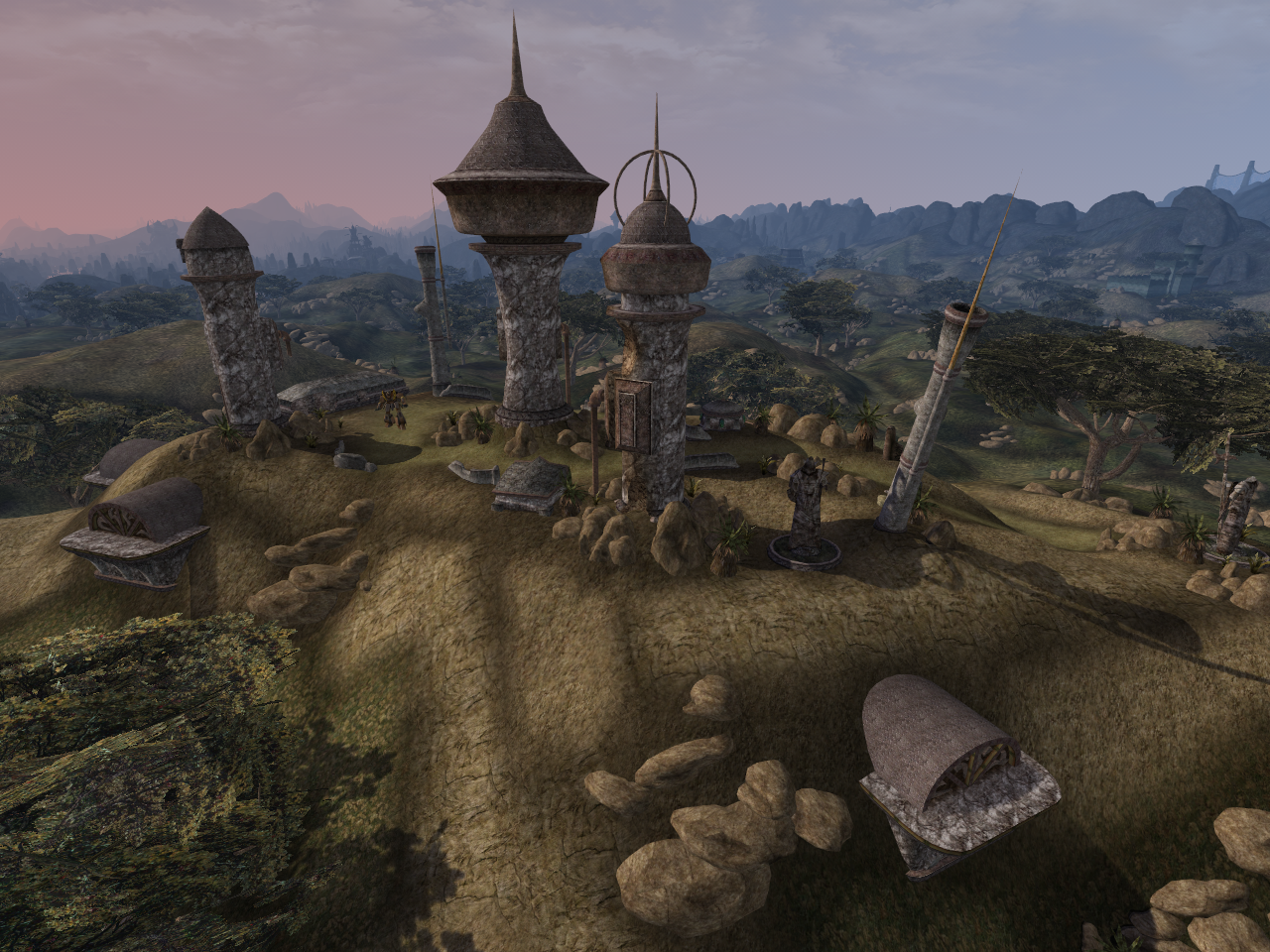 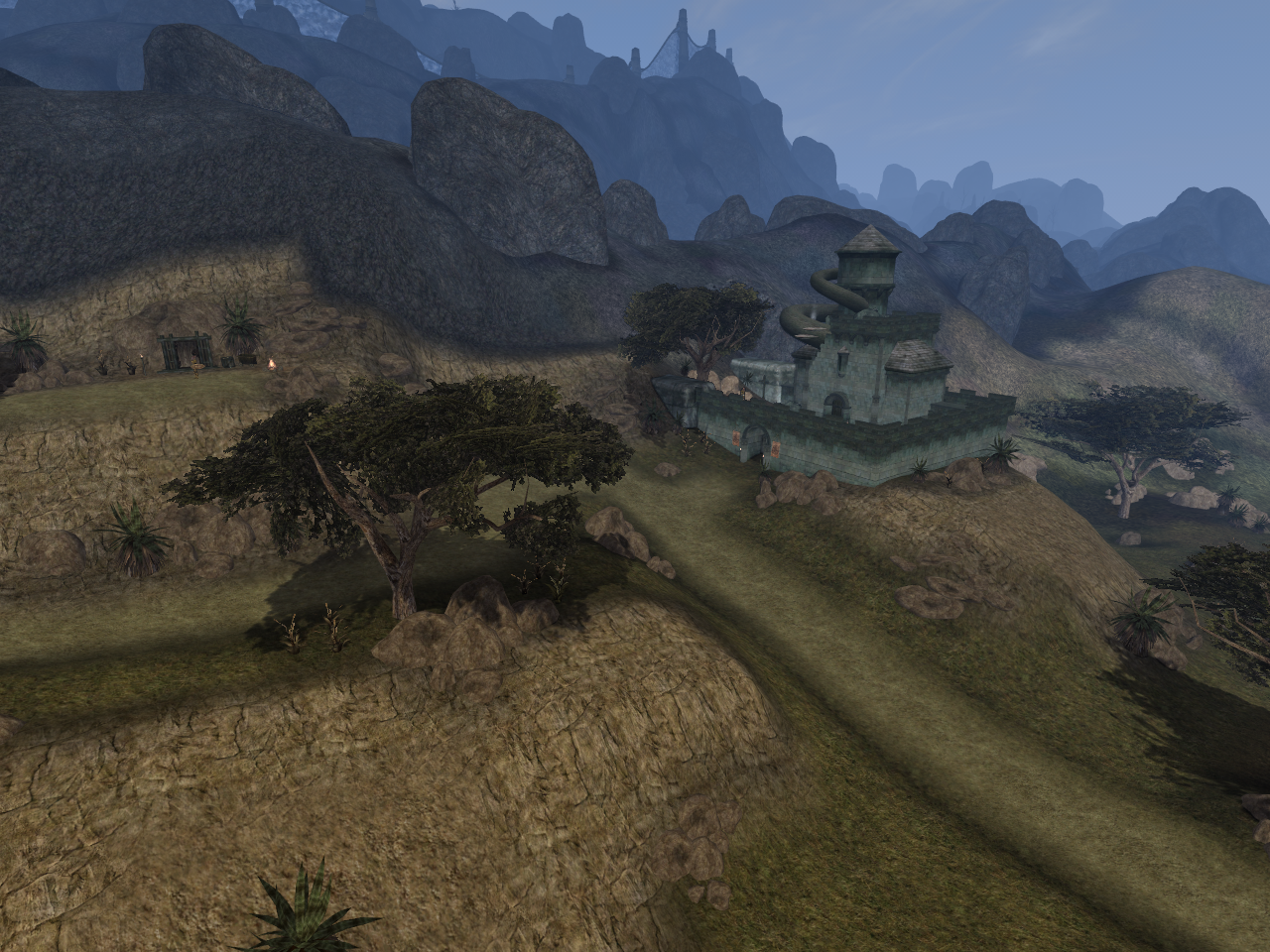 Grazelands Overhaul
A massive overhaul of the Grazelands region including:

* Yanith-Duniasha
- A massive cave and Dwemer ruin waiting to be explored. This ruin also includes new unique items to discover. Credit goes to 'Fulgore' for making most of the ruin.

* Sanesi Mine
- A small ebony mine run by the Telvanni. Credit goes to 'Firefanix' for making it.

* Tel Voroyn
- A small abandoned Imperial Fort, close to Sanesi Mine., now claimed by the Telvanni

* Shashmat
- A small Daedric Ruin (exterior only at the moment). 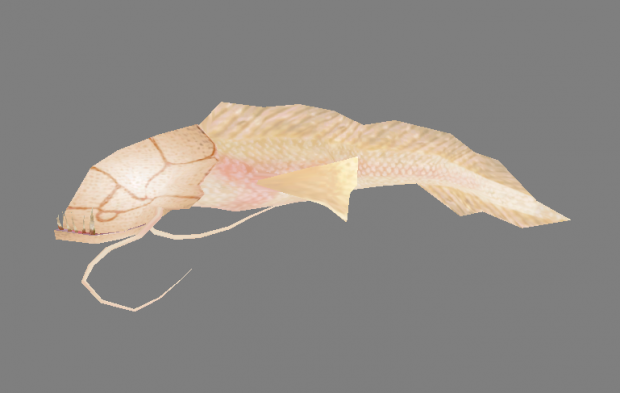 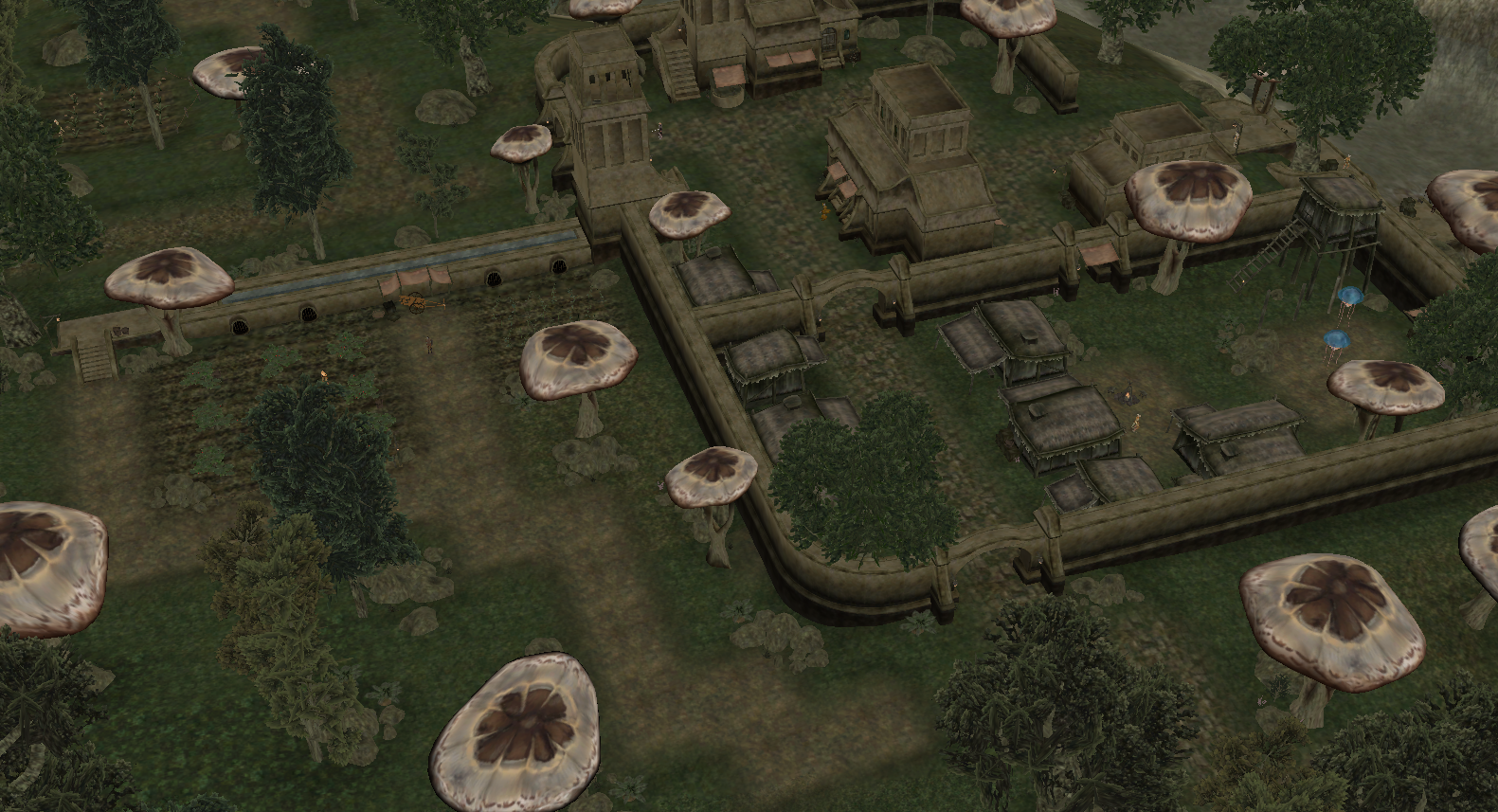 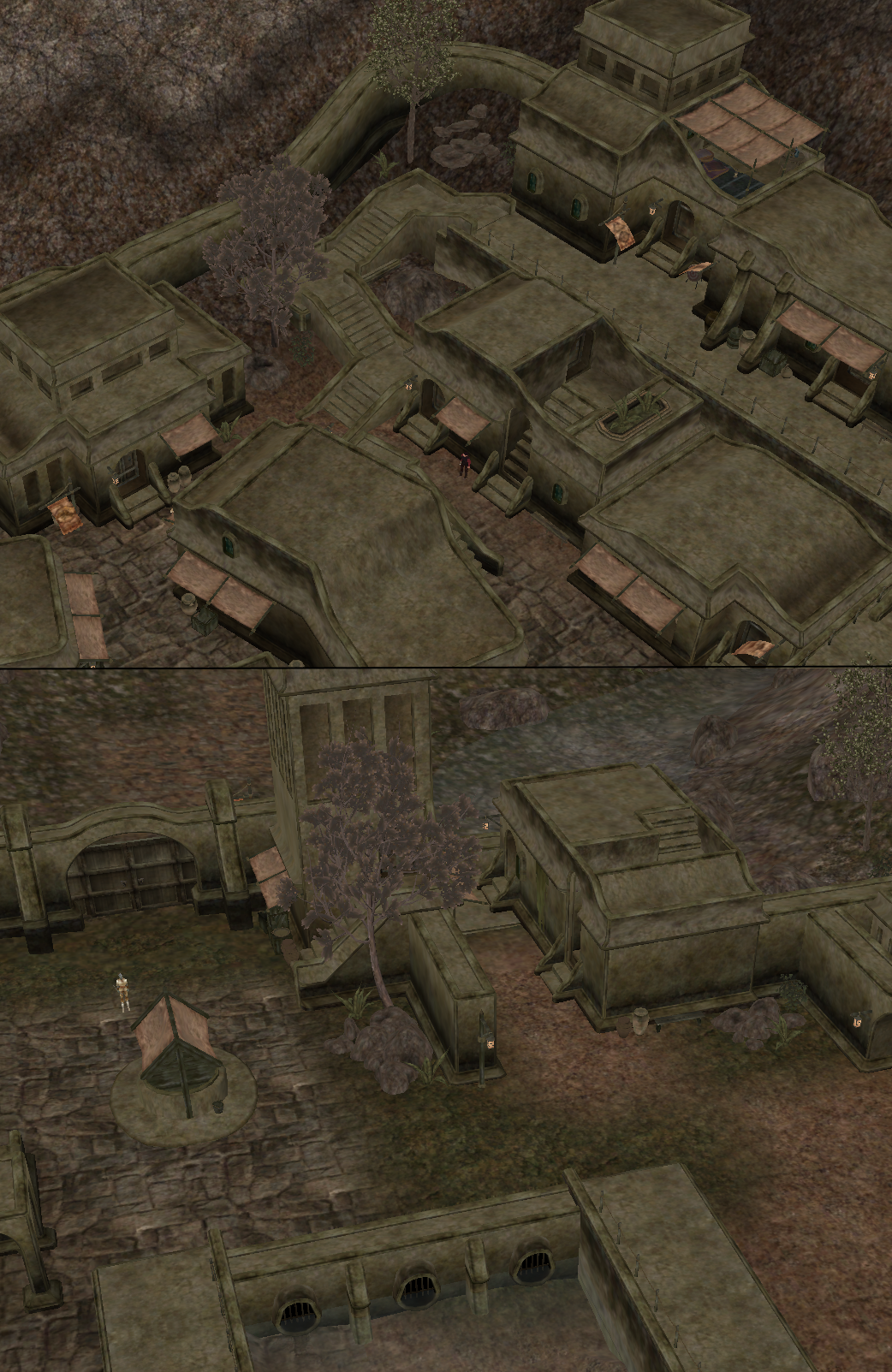 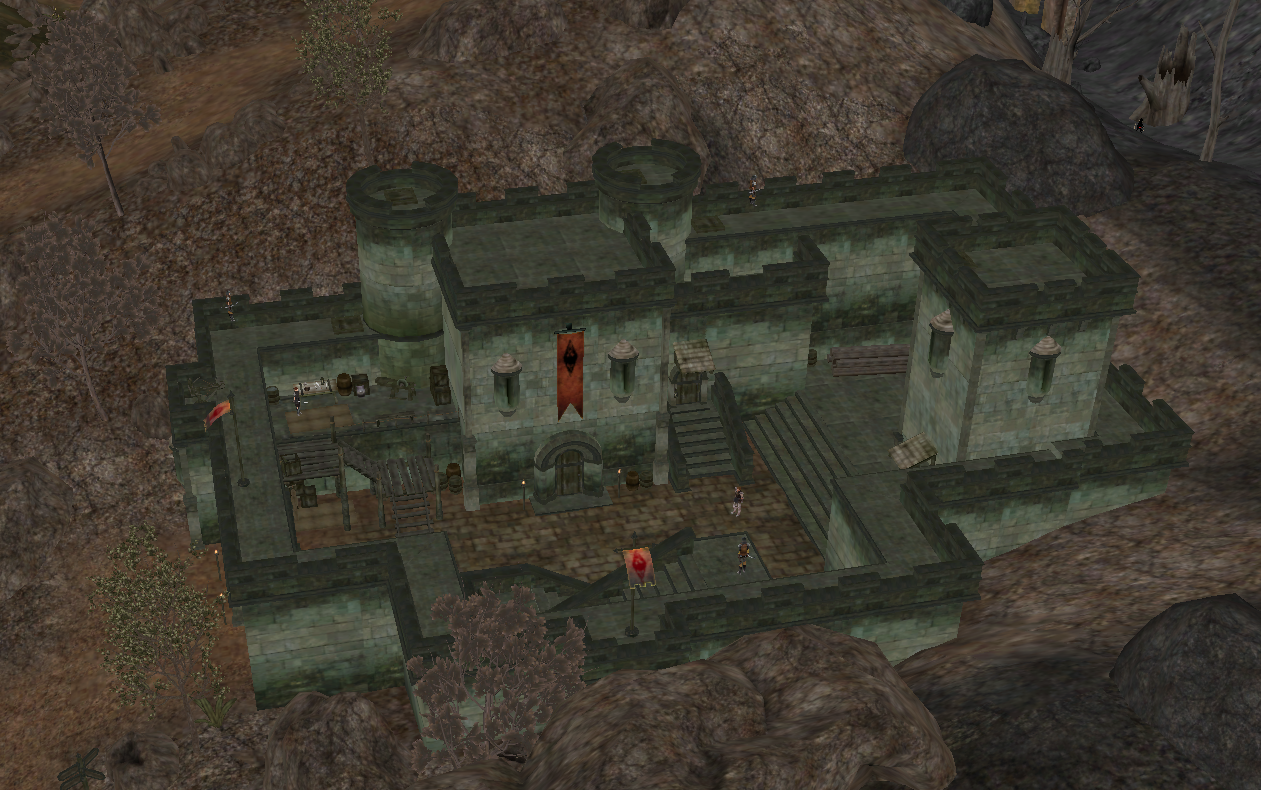 Asthetical changes to some areas such as Dren Plantation, Balmora and Moonmoth Legion Fort 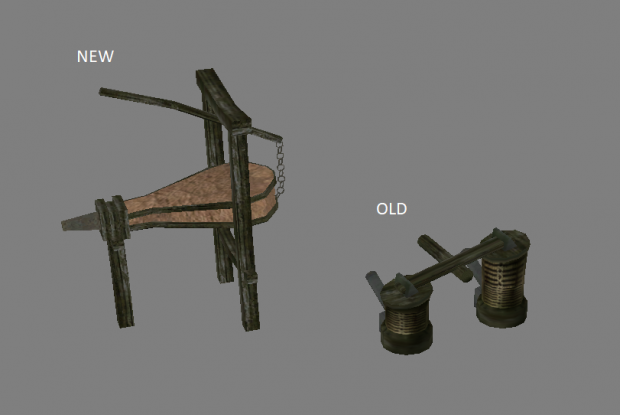 * Fixed an issue where mercenaries would teleport themselves inside the player model instead of a few units away.

Note that this plugin is not yet included , but the change does still apply.

* Incorported several changes made in Rebirth into this plugin including the change where the mercantile skill of various traders were increased. Due to this patch being an esm conflicting changes in Rebirth would previously be overwritten with vanilla values.
* Removed several other conflicting edits from the plugin.

Ah the good old grazelands, I remember the fields fondly ;)

Hello, I have never played Morrowind before or used mods. Is this Rebirth mod the only one I would need to get the best graphics?

Rebirth is not really about graphics. It mainly add more to see and do. Rebirth does however improve a lot of Morrowind's outdated models.

For better graphics I suggest you check this out (which can be used alongside Rebirth and any other mod): Nexusmods.com

I don't suppose someone can help me get my mercenary back? I went into Vivec and he's not around anymore. I still get a message for when he leveled up.

What's the name of the mercenary?