17 Sep 2015. Missing Information is submitted for Steam Greenlight. The Greenlight fee of €90 were paid by a few loyal fans of the mod.

January 13th 2019. Almost four years have passed and we are (finally) close to our initial milestone. Missing Information’s Steam store page is live on the Steam Storefront. At the time of writing however, it is not clear when the exact release will be, but our aim is before April 1st, 2019. 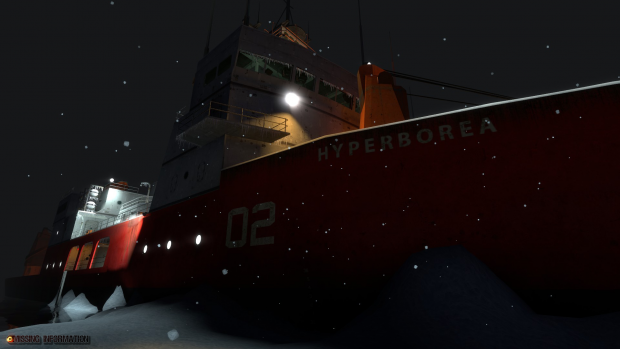 Missing Information will be updated sometime after the initial Steam release with support for the Steam Workshop which means users will be able to submit their own add-ons to the Steam Workshop and play it instantly in Missing Information. We are aiming for features that will make it possible for users to add their own mini-chapters to the game. Our current schedule for this feature is unknown at this time and relies on how other things work out.

Many of you are probably wondering what the Steam release will contain. The initial release will be 1.6 fixed up with all known bugs being fixed (if we have overlooked something feel free to report it below) and switched to the Source 2013 branch. No new content is planned for the Steam release at this time but it in our plan to release something shortly after the first release.

There is no doubt that this brings up the question, "What have you been doing for the last 7 years?" The honest answer is close to nothing. The main core of this team was in their mid/late teens when this project was started in 2005. That brings some of us over 30 years old at this point and other things in life take priority. Many will be upset and disappointed that there won't be anything new to play but we would like to remind you we are doing this in our free time for our own sake. Missing Information was not created out of love for the community but for our own admiration and interest in the old content.

The wait is (almost) finally over! Missing Information is coming to Steam

A few short videos showing off new features we have added to Missing Information. This is exclusive to our Steam release.

Update on our recent approval through the Greenlight program and what's to come from Missing Information in the future.

At long last our mod is finished and available for download. Thank you to all of our fans for their patience!

It is finally here! The long awaited 1.6 patch for Missing Information!

First patch for our 1.5 release. This patch addresses several issues observed by our fans. Changelog can be found in description.

1.5 version of Missing Information. This is the first release since our revival. This is an updated version 1.4, running on the Orange Box engine.

now what am i going to do tomorrow?

I think we all safe to assume the modb release is not going to happen, it's already February a whole year since passed since they promised us to give moddb release

They are just ****** valve didn't allow the steam release. Also they are overshadowed by Coterminus, Dark Interval, Raising the bar redux.. Shame really, cause i was a long time supporter. I first took the interest back in 2012

Reason it's cause that Missing Information had leaked codes stuff in it, that's why it never made it through Steam.

for some reason i cannot play it, ive tried reinstalling but when i pull it up a blank white screen with some sound effects plays and after it is done it closes out saying i am missing a loading texture? ive reinstalled twice pls help

This modification not only follows the original valve art style but is also keeping users up-to-date again. With moronic individuals posting 5's out of 10 because of their lack of interest or understanding of a project of this scale, this leaves fans with pretty much all the knowledge of the Half-Life universe to rate a 10/10 and give information to support. Half-Life 2 was to have a 50+ hour campaign and have over 20 weapons. Fun fact: The Borealis in fact was owned by a scientific research team…