"the original you always wanted brought to life"
Mod of the Year 2014 I Player's Choice
RSS S.T.A.L.K.E.R. Lost Alpha Released

Dear Stalkers, welcome to The Zone once more!

We started to develop Lost Alpha in the summer of 2008. The project first started out as a modification to add back the cut levels which all Stalker fans knew of. After a while, it became more than just a modification, it became our dream game, how we saw S.T.A.L.K.E.R. We hope to give you the same feeling when you first played S.T.A.L.K.E.R. A new chapter with familiar elements without which S.T.A.L.K.E.R. would not be the game we all grew to love. Lost Alpha was a labour of love. We are passionate about it and we hope you all will enjoy it as much as we enjoyed creating it!

So what now? It was a hard decision to release the game in such a quick, and unplanned way, as an early access version.
I have to say, I'm very proud to our active team members, because we created something which is beyond our imagination. It looks awesome, it plays just fine, but somehow its still not perfect. However this is subjective to what we call perfect. We learned that if we only polish one part of the game, the rest will never fit. It was hard for us to find the golden way, because this is our first big project, but overall I would say we did a good job. On top of that, we will try to update the game whenever we can to make it even better than it is now. Keep in mind, we made all of this in our free time, and mainly for free to play, we did our best to make it very close to our dream game. We feel we succeeded in that, now the question remains: Is it close to what You have dreamed of? Let's find it out together in the Zone!

Download all 4 parts, run the .exe and read the instructions! 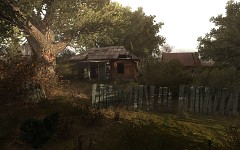 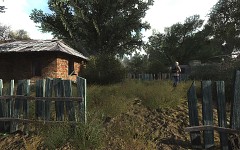 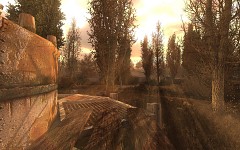 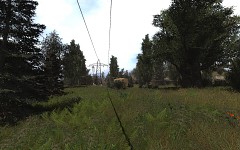 Joy to the world, LA has come!

I feel like I were in the queue for Empire Strikes Back in the year 1980!
Thank You the Dezowave team
for fixing one of the most frustrating things
in the history of video games
Of this true STALKER we dreamed,
but you dreamed AND realized. Regards.

I have the same problem when i go to the factory

Thank you Dezowave Team, you made this possible for us!

I expected it would be less buggy than the original: found three artifacts in the very beginning of a game, every single of them disappeared in front of my eyes. Tried to reload and the game stalled...

If per chance you changed some key bindings, that may cause CTDs when trying to load a savegame. It's been mentioned a lot on the Dezowave forum.

First time I read about artifacts vanishing. I suggest you post your experience on the official forum so the devs can take note of it.

Thanks Dezowave. I can't wait to check it out!

Thanks a lot from all Bulgarian stalkers!!! (:

The moment every Stalker has been waiting for!

I see what you did there.

Back to the zone — and a new vision of it at that.

Congratulations guys! Must feel good to have gotten to this point against the various pitfalls and problems over the years.

Thanks a lot Dezowave team!

All we can say is THANK YOU DEZOWAVE! Into the Zone!

PRAISE THE SUN!!! -- I mean-- HAIL ALL MIGHTY MONOLITH! FOR YOU HAVE FORETOLD THIS DAY!

Now to wait for the LA based mods.... But they always say try Vanilla first ;)

HAIL ALL MIGHTY MONOLITH! FOR YOU HAVE FORETOLD THIS DAY!

HAIL ALL MIGHTY MONOLITH! FOR YOU HAVE FORETOLD THIS DAY!

Tremendous respect , success and good luck to all of you - DEZ0WAVE ;

A Great Day for all Stalkers! THANKS TO THE WHOLE DEZOWAVE TEAM -

I downloaded the torrent version, tried to unpack it but part 2-4 have been deleted in process, leaving only part 1. Now i need to download it once more -_-. Does that happened only to me or is it common?

Seed this bitch STALKERS!!!
Give it to the torrent like you would give it to Lisa Ann!! lol :D
link:
Gameupdates.org

Proof that its for real:
Gyazo.com

to seed right click on the torrent and set upload limit to unlimited!
Also after you finish the download let it seed for a few days so other
STALKERS can download ;D

Be patient with the torrent it will download faster with time.
here you can find some ways to speed up the torrent:
Wikihow.com

Im spamming this comment so that new STALKERS can see.

Seed this bitch STALKERS!!!
Give it to the torrent like you would give it to Lisa Ann!! lol :D
link:
Gameupdates.org

Proof that its for real:
Gyazo.com

to seed right click on the torrent and set upload limit to unlimited!
Also after you finish the download let it seed for a few days so other
STALKERS can download ;D

Be patient with the torrent it will download faster with time.
here you can find some ways to speed up the torrent:
Wikihow.com

Im spamming this comment so that new STALKERS can see.

Finally!! Hell yeah will play the hell out of this for sure!!

Thank you very much to Cromm and the whole team behind this. ;)

Beware! random spammers are hosting and sharing a fake build from 2013 or even earlier. Still no info from where they got that, but there are some methods to notice if the game is fake:

1. the current installer screen has chernobyl background, the fake one has and edited soc installer with a stalker on it.

2. the current dezowave logo can be seen in our latest 2 videos, the fake one is an old test showing a tushkano

3. the final main menu's left bottom corner has Lost Alpha ver: 1.3000 text, but the fake one has tons of extra version numbers with release candidates.

I will download it through here when the servers let me do it and if you also upload a torrent file for it. (I shall wait then just to be sure)

Omfg I'm on holiday so I can't play it and after waiting all this time wtf!

they should have sent a poet. i cannot describe how great this is. thank you.

After playing this release extensively, with a team of eight reviewers, my team and I have reached the following conclusions:

These observations come from a test study of eight players, using nine computers, with installations of Windows 7, 8, and 8.1.

1. Installer is causing serious issues, making small adjustments to the install procedure can and may cause inability to install, crashes, and in one rare case, a BSoD.

2. The ingame settings changers DO NOT retain their adjustments. I repeat, changes you make in the settings changers may not stay, and MAY CAUSE A CRASH.
Changes such as:
Controls
Graphics
Gameplay settings
Sounds
Can and may cause crashes.

3. The game is very dark, VERY DARK. Requiring a flashlight at 9am Ingame Time. This may just be a feature, but who knows.

5. In the event you are able to make changes to your settings, and begin to make a new game, it may crash.

6. Loading saves, when they don't cause crashes, can result in wait times of up to 10 minutes.

In this study, we did compare the stability of the computers running these tests with other players from anonymous sources, and found that our results were comparative to some of theirs.

In the end of the test, we did get 7 of 9 computers to run Lost Alpha for at least 30 minutes of time continuously without crashing, and that time WAS fun.

Final verdict: This is NOT a mod, this is a GAME. A game that will (hopefully) see patches and bugfixes in the coming days/weeks to achieve a fully functioning, crash free performance. We like the S.T.A.L.K.E.R. series very much and it's terribly unfortunate what happened to Dezowave's team in regards to the leak. But at this time my reviewers and I would advise for new players to wait for later patches to be released before attempting to play this game, if they don't want hair-tearing bugs.

2. Start game as "administrator" this at least keep my changes save.
3. You can change the brightness of the game with these console commands

* Currently my ingame numbers. (higher ones make it even more brighter so play around and find out what suits you)

This adjustment made everything except anomalies and the skybox turn black.

Caution, stalkers. May have been just my setup, but either way, the results were irreversible.

If anyone has any idea for a fix, message me or comment.

Alrighty, I fixed this by deleting my user.ltx and adjusting all my settings again.

I'm not 100% sure how changing those values crashed that, but it did so I suppose that if you're going to mess with those variables, be careful and backup your user.ltx somewhere.

This game isn't very dark at all, from what I've played. Where's your gamma at?

You are right about not maintaining setting changes. Occasionally, the game will turn sun shafts back on, for instance.

at first time playing yes it is, but at 15:00 it starting to shine, the day after ist's normal and even on 6:00 sun shaft dazzling my eyes, maybe the fisrt one is scripted to be cloudly, and i have problem though when i open confersation to fix my shooter to col. petrenko or whatever his name it crash, can sombody help me?

Repair menu has some issues as well.

I wasn't able to change weapons either, but I found that selecting an upgrade is a pixel-hunt. Usually I am able to select an upgrade if I click around on the left part of it.

I'm one of those who gets a bsod at the end of the install... Game seems to be installed after the restart but it wont load... stuck at the little window with the stalker LA logo when you start the game. :(

Stalkers of the Zone Fans & Clans with 318 members