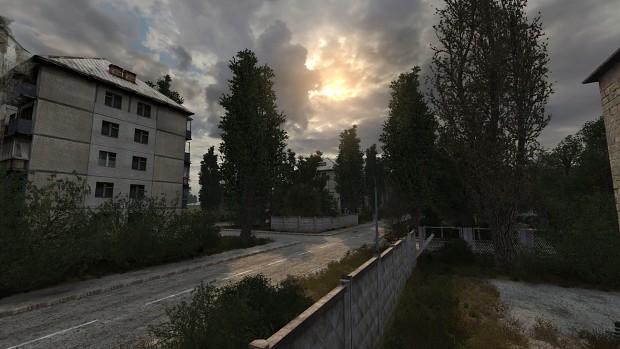 Glad to hear it. Vincent made good work. I don't played in LA so much yet, but I'm sure that I'll have a really nice wandering in the future.

I've decided to wait for a few patches before I give this a go. I want it to be as stable as possible.

Same here, I gave it a try on release but hit so many different problems I gave up and decided to wait until it was completely fixed, I hope once everything is done they repack it with an installer and give us a patchless game to download.

Looks better than R3 simply because this has anti-aliasing and R3 doesn't.

You can even enable MSAA in any STK game on R2+ render by forcing it in drivers (DX10+ card and atleast Win Vista). Doesn't work perfect for me though (I get yellow lines at screen borders, need to adjust screen position).

LA's MSAA is working perfectly though.

R1 sometimes looks better than R2/R3 because of softer shadows and non-relief surfaces.

if you read carefully, this wont be in 2nd patch yet (still wip), this is an addon which will be an option for those who wants to use it. will be released sometimes after the 2nd patch.

All i want for next patch is to have stable memory so i dont crash a lot and PDA fix,I'm afraid to check PDA cuz of crashes but still gonna play it much as i can

Will it be possible to change from kordon to rostok factory through the army blockade now? You know: near the rookie village in kordon where Sidorowich has his bunker. I found it very annoying to beat around with the army guys just to find out that I have to walk the whole way through garbage again. And that I have to left my full packed lada at the garbage entrance, of course (which would be hard to change - so I don't expect that).
Greeting from a big Stalker and Roadside Picnic fan!

Cosidering some strange design decisions like the horrible darkscape map (especially the underground mines and tunnels) and the backtracking there, LA is an incredibly cool experience so far. Thank you for that!

after you make progress in story, that level changer will be active.

I know. I've googled around for it. But I'm still wondering why. I find Stalker should be more "sandbox" (did I really just say that?).
Well, I guess there's some story/progress relatet reason. I'll find out when I feel like playing it again. Until then, I'll wait for the next update. Thanks for your quick answer, anyway. :)

its either a pointless sandbox, or has storyline. if levels are non linear, player can ruin storyline scripts if enters a map from a different direction. so we needed to block some entrances until player finishes certain story quests in the area.

While we are actively working on the 2nd patch, Vincent Vega is working on the R1 (static lightning) render and new weathers for it, and for other render types too. This addon will be released sometimes after 2nd patch, it's still hard to believe R1 can look so beautiful even in 2014 :)

A little note on 2nd patch: We are testing monster reactions at the moment, because some mob-groups, where we developed dynamic smart-terrain system wasnt reacting fine, or sometimes wasnt reacting at all to the player (mainly sarcofag level, but some other undergrounds too). Thankfully npc ai is working fine now, and the patch changes log can be found here (updating it constantly): Dezowave.com

If anyone is interested, here is my (dez) progress in testing keypoints as I wrote above: (might contain spoiler!)
Dezowave.com (still at least 5 keypoints to check, which aren't listed in the text file yet, but I will also keep it updated)