This mini-mod (actually rather modders resource than a real mod) concentrates on adding some variants of the glorious Land Raider assault transport.

Demo release and another weapon

Finally, you can get those new Land Raiders for your mod. Thanks to jONES they´re now ingame and pretty much working (even though they could get some polishing).

An ancient version of LR. - evolved from the Spartan Assault Tank and later replaced by the well known Phobos variant. It has the same arnament as its younger brother, just with worse firing cones.
Credits: model - Seregruth; textures - Enpremi (side sponsons); Seregruth (hull); coding - jONES 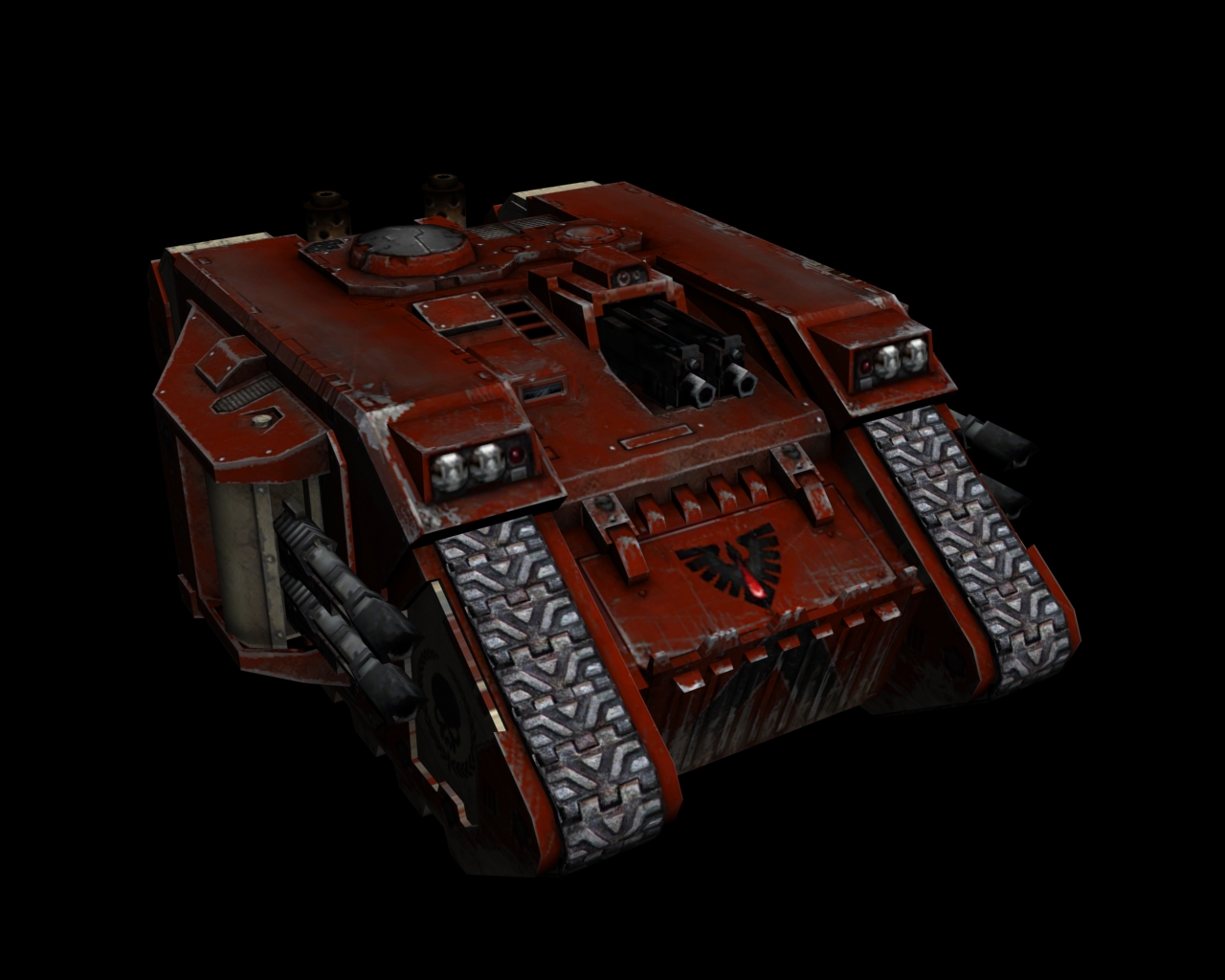 This is a very rare variant of Land Raider, fielded only for the most important missions. Armed with twin-linked multimeltas and thunderfire cannon it can deal with most enemies. Thanks to its special plating, it´s even more durable than usual LRs.
Credits: model - Seregruth, FOK (kitbash from their multimeltas); textures - Enpremi; coding - jONES 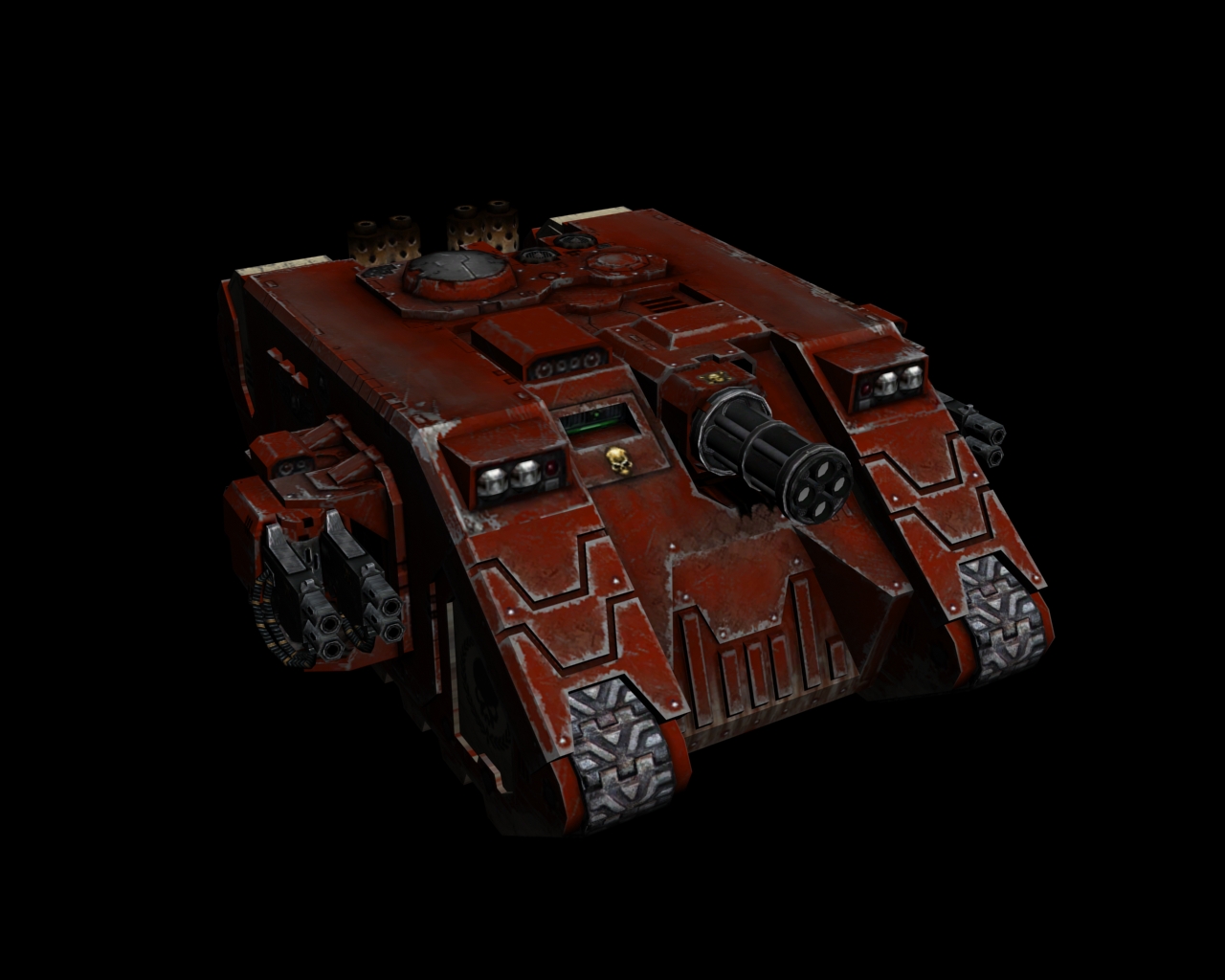 A combination of both of LRs mentioned above - an Achilles with the hull of a MkIIb. It features the thunderfire cannon and dual volkite culverines or twin-linked multimeltas (both coded within the model, ask coders to pick the right variant).
Credits: model - Seregruth; textures - Seregruth; coding - jONES 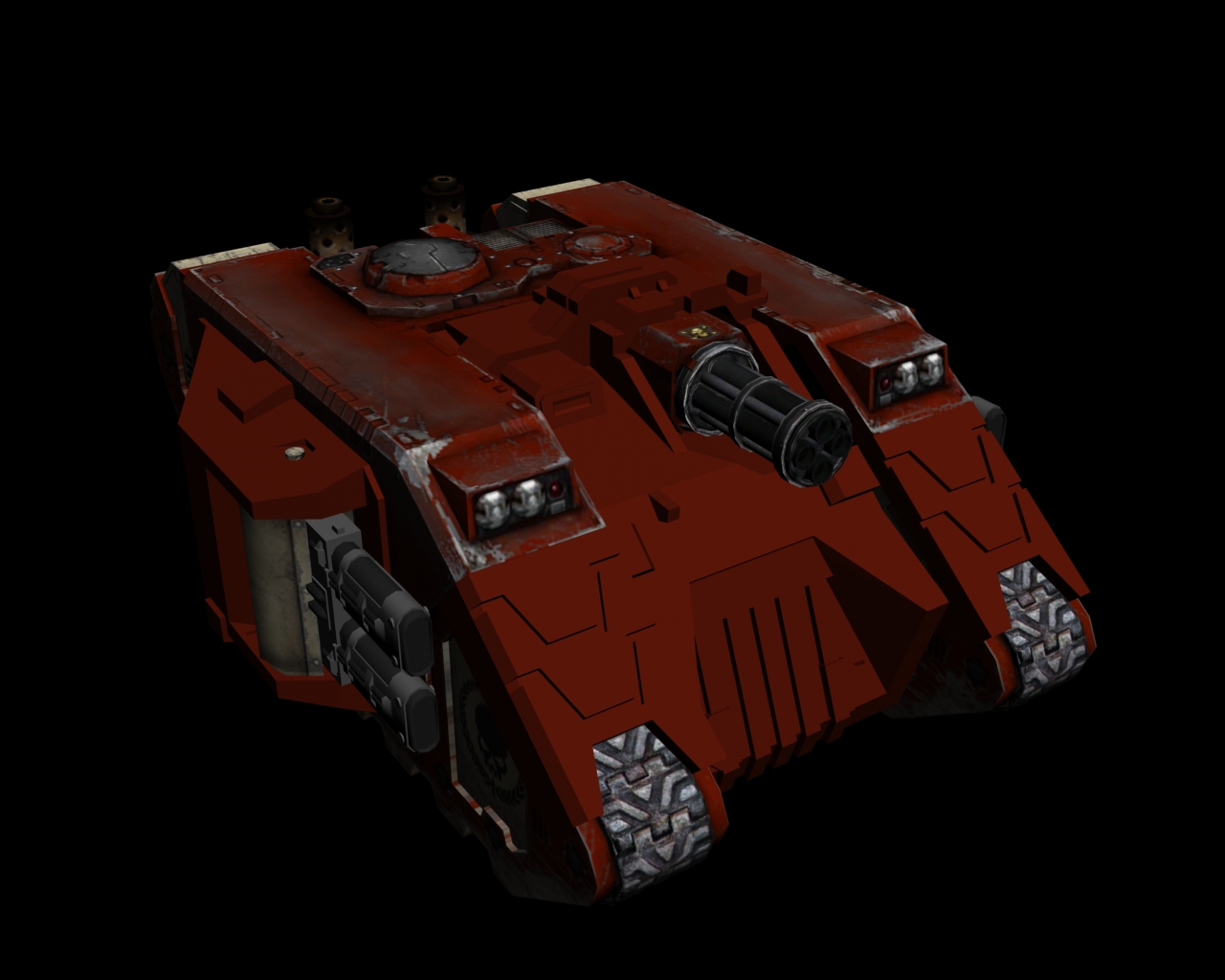 I´ve also decided to release all materials shown on this site. This means all LR models (these 3 + Ares + Terminus Ultra) and some accessories (reinforced plating).
They´re not ingame ready but you might use them anyway, if you can make them playable... Download HERE.

Another addon for download is the graviton cannon for WH40k destroyer squads. You can download the mesh and team-colourable textures HERE. 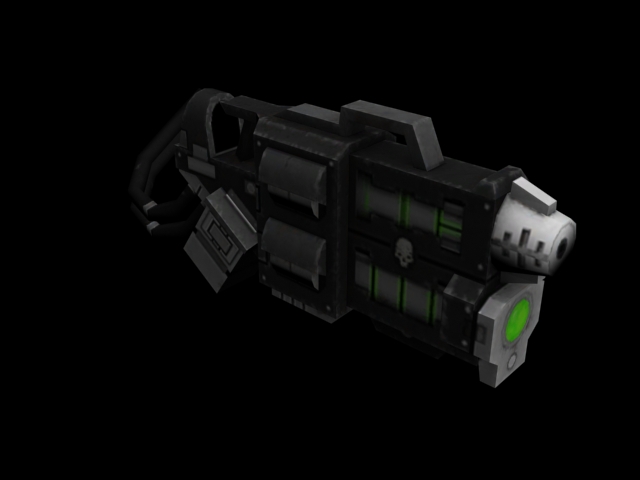 That´s all and thanks for attention,

Weapons wielded by the mighty Astartes during Horus Heresy are here! Burn your enemies, crush them with the weight of their own armor or consume their...

These introductory article will inform you about the main goal of this mod, planned content, used methods, your possible help/participation and future...

Modding Resource Upon request, uploading my 3D model of the Space Marines Spartan Assault Tank. The model itself is done, but not UVied, textured or rigged...

This is a heavy weapon option for your destroyer squads. Graviton weapons use weight of enemy´s amour against him - the stronger and heavier armour...

The heaviest volkite weaponry carried by troopers are culverines - burn your foes with devastator squads!

Most common volkite weaponry with good range and damage. As a standard bolter, it has to be held in both hands.

Are these all free to use for anyone?

How do I make this guys earn exp in hero mod. They don't level up.
Oh, and can you make baneblade variants too if you have time... :)

grad to see you. Seregruth.
Im one of little mod maker like bellow.
Moddb.com

I want rent your land raider models for my own mod.
can i use it?

thx for asking, sure.

a new download added! Achilles, Achilles Alpha and MkIIb are waiting for you ;)

I hope he will ignore your suggestion and will not waisting time on that.

Those are non-fluff, non-codex, looking silly, ugly conversions badly "designed" by stupid nonames. Nobody needs them, except probably you and/or UA mod.

There are still so much original W40K models left not-implemented.

Here what are we REALLY need:

dont be like that, I am just giving suggestions, I dont ask for this and I must say that those that u post are super cool

Dawn Of War 2 Mod For SoulStorm Dawn of War