Remember the good old times when Kane's Wrath was more flowing game before patch 1.01 ruin it? the times when we cold play it without hearing "insufficient funds" every half minute and see how our units, upgrades, and support powers didn't felt so weak to the point we ask ourselves "why we even spend so much time and money on them in the first place?" And above all having smart A.I. that don't falling apart? Kane's Wrath Classic aiming to fix that! bringing back most of the normal and well known C&C balances to how it was in version 1.00 With the bugfixs, out of syncs fix, And the ability to play online!

Kane's wrath Classic v2 Version 1.00 Small fixs had been made: Veteran Pitbulls that been called via Bloodhood with GDI/ST/ZOCOM Will now have the same HP as they had in the original KW ver 1.00 (They had 1600 HP instead of 1450) All Pitbulls will now properly do 200% damage against air scale instead of 150% (Again, just like they were in ver 1.00 of KW) That it, have fun! 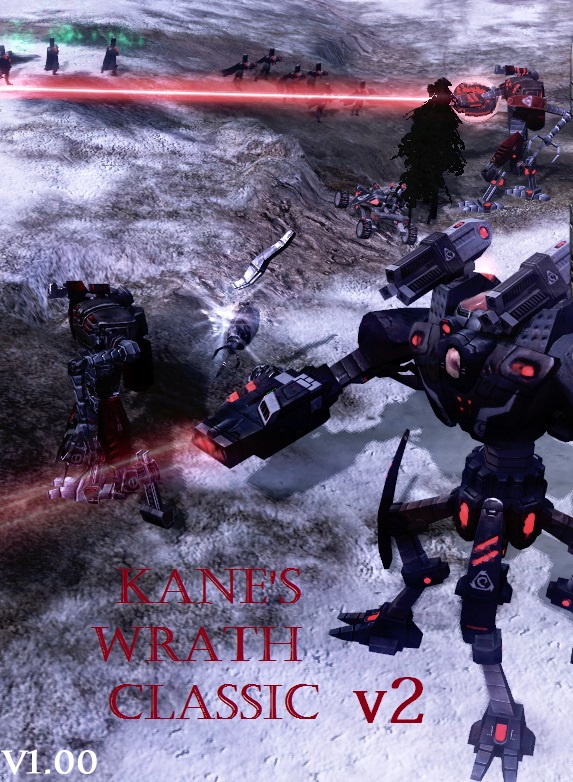 Small fixs had been made:

Veteran Pitbulls that been called via Bloodhood with GDI/ST/ZOCOM
Will now have the same HP as they had in the original KW ver 1.00
(They had 1600 HP instead of 1450)

That it, have fun!

For more info and older version see this link

I wonder what does this have to do with Anime t_t

You got it right

I'm half otaku and half gamer, mecha fans or army's otakus most likely take interest in KW and game of this sort so I thought to myself (why not?) ; )

Are you a japanese ACGer?

Otaku, sounds affability……I know U A

ok i get it Google is my friend! hahaha En.wikipedia.org

I have a small question.
I have noticed that on Kane's Wrath, when upgrading the avatar with parts from other vehicles, I seem unable to take the stealth detector from the attack bike, despite it being listed as able to do it. Is this just me, or is this a real problem? Also, if it is a problem, would you be willing to fix it? Thanks. Great Fix, btw.

Sorry for the delay, moddb didn't alert me for your commit

It a known bug actually and I already fix it in my other mod (kw unofficial patch 1.04)

KW classic aim to just revert most stuff to how they were in ver 1.00, I didn't really thought about fixing EA's bugs back then

Aah! absolutely epic! I am so glad you replied :D thank you for your help. I will definitely go and get that fix.

If you're playing MoK, the scanner is found in buggies. Late reply, I know, but this is something I only somewhat recently found out.

Oh, wow. Thank you for the information. I appreciate it.