Ravil Unisovich is a scientist working on a secret Russian LIPM research facility.
Today is a big day, the scientists are going to open a portal to another world.
Ravil’s reputation is very low, so his only hope to keep his job is to take something valuable from today’s experiment.

Who knows that this experiment would also cause the most unordinary of adventures?

Remod is a mod for The Ispitatel Trilogy that brings :

Remod already includes the original Ispitatel files, so you don't need to need to install the older version, just install this one on your HL installation and you're good to go!

Installation is simple, simply extract the folders that is inside the .7z into your Half-Life installation folder (Where hl.exe is located, NOT inside any of the other folder such as "valve" or "valve_hd")"

There should now be "ispitatel", "ispitatel2" and "ispitatel4_classic_english" inside you Half-Life installation folder along with any other
mod/steam-related folders you may have inside.

Restart Steam, all of the Ispitatel entries should be inside the Games list.

Slowed Down, But Not Stopping!

If you're wondering why this is called a quaTrilogy, it's because there's originally 4 mods with the Ispitatel name.
Unfortunately, the third entry in the series got their files hacked, causing severe loss of data, with the "final release" (if you can even call it that) ended up being quite the catastrophe.
But still, i can't deny the simple fact that there's 4 entries in the series, hence the quaTrilogy. 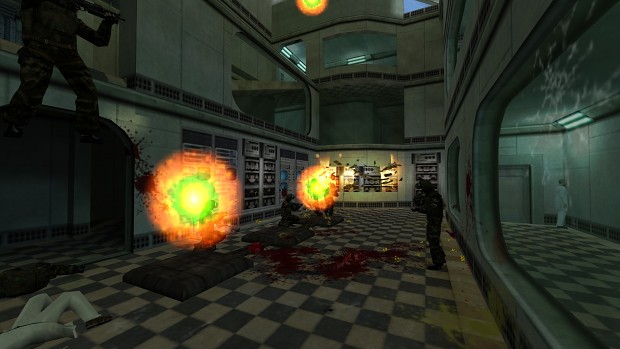 Ispitatel 1 then goes on to push you through unusual situations, from going around a particularly small area filled with constantly spawning enemies doing objectives, swimming through a pool filled to the brim with leeches without any melee weapons, to surviving an ambush comprised of a wall filled with soldiers, 2 gargantuas, 2 choppers, and a squad of aliens (though you do have a tank, in general survival rates in this mod is rather balanced surprisingly, me playing on Hard with little difficulties, IF you know what to do).

Can be fun, but mostly acquired taste. 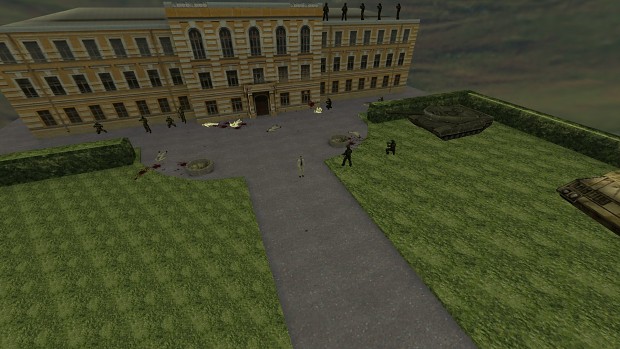 Ispitatel 2 decides to go for a mission based kind of progression, starting with you launching a rocket, revisiting ground zero to put it to the ground for real, and then assaulting Xen with the rocket that you've launched from the first mission.
You have friendly soldiers in this one, so thankfully a lot of combat situations are not just you vs dozens.
Some custom weapons from OP4 appear as well, though a bit disappointingly misrepresented with the pipewrench lacking the secondary and simply acting as a second crowbar, the "desert eagle" not having lasersight, and the others being straight gone, makes me wonder why they were added in the first place. 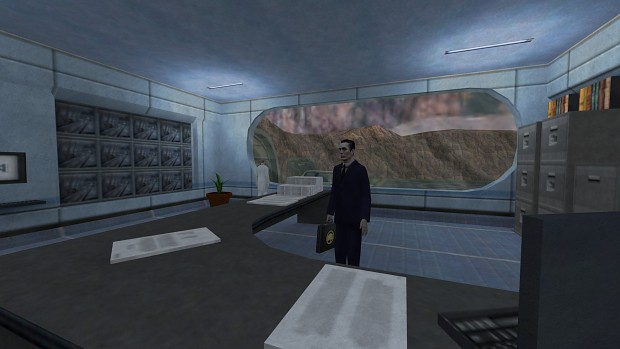 The cutscenes where people talk can get a bit tedious to sit through, both in the first and second mods, language barrier not helping, so i removed a couple of the player blocks, allowing players to simply skip them and go for the exit if they want (sans the REALLY important ones that has the map relying on positions).

I had to do something as well to the I2 labs map, a particular sequence apparenly won't happen unless you save/load in the middle of it, so hopefully that's now fixed. 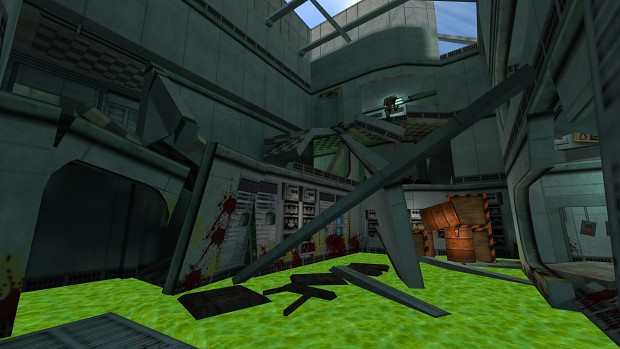 Ispitatel 3 is a no go, simple as that.
The original creator has even done the magnificent work of salvaging the wreckage and using it for I4, so trying to remod I3 is rather redundant. 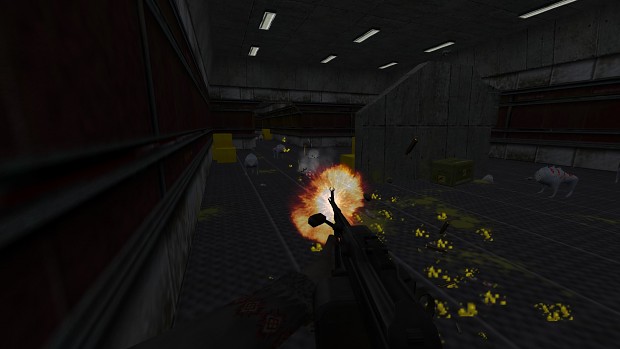 I don't know if it's because i wasn't paying any attention, but Ispitatel 4 is straight bonkers, i couldn't understand a thing even after replaying so much for this Remod.
First you "get to experiment more" with the snarks, though the mod seems to favor houndeyes for some reason, you fighting them for the majority of the mod.
They are referenced as "dogs" in the mod, not "adult" snarks, i don't think you even encounter hostile snarks in the mod (sans the intro).
There's 2 Gman's now, one good and one bad.
Some proper custom weapons does show up, with different hands as well, really like the variety.
Well, i don't want to spoil too much, it's best to see this stuff for yourselves. 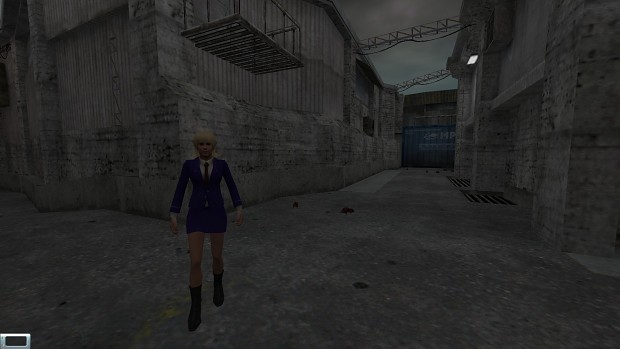 Most of the texts and conversations of these mods are in Russian, but i did managed to translate some of them, mostly texture-based stuff.
I couldn't do I4 completely unfortunately, just look at the .wads if you want to know why.
Just can't be arsed for that hundreds of handwriting textures.
You're welcome to try, i use "Wally" for the .wads editing stuff.

1.0 release for Ispitatel quaTrilogy | Remod, it already has all the necessary files to play Ispitatel so no other installations required. Installation...

Whenever I launch ispitatel 1 it shows "fatal error" and says that the library couldn't be loaded.

It could be because I forgot to clean up the files. Ispitatel 1 didn't have any custom coding, and the liblist references HL's dlls instead of anything else. Problem is that I forgot to delete the copied cl_dll and dll folders.

Go to the ispitatel folder and delete the "cl_dlls" and "dlls" folder, that might work.

i can. "oh god , this memories... the third part can be called the alpha of the fourth." yeah, i study 380 human's languages.