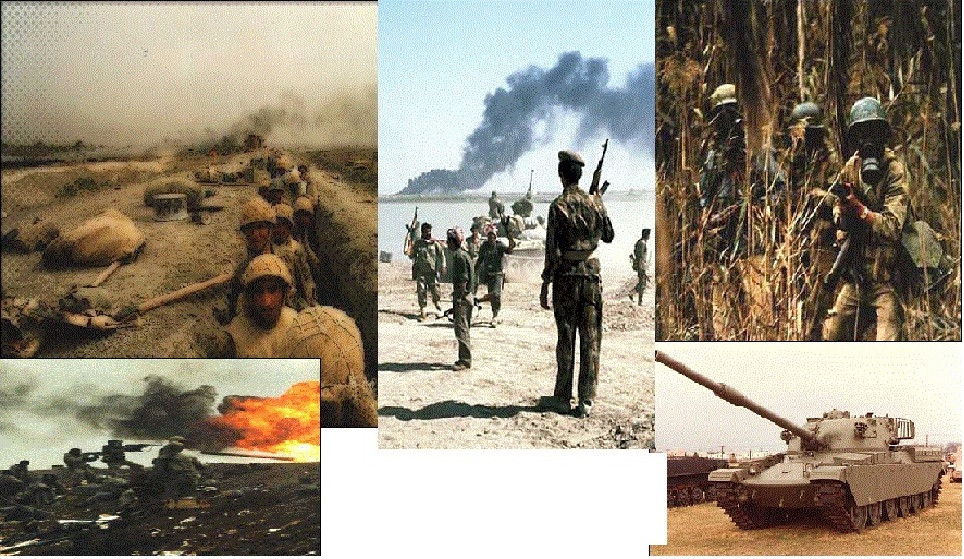 Is a new modification of Command and Conquer Generals Zero Hour that allows you to play the Iran Iraq War, a conflict overlooked by almost everyone, with no games or movies produced about it even though it shaped modern history to come for decades, yes even now! It was a clouded web of Cold War politics and New and Old Tactics, The war started resembling World War One more then any other war by the end, for it's use of gas and static defense. It was probably one of the most history changing events of the 20th century and I bring it to you through this mod. The mod is going to have many many, new features that will distinguish this mod from any before it, plus a cinematic campaign.

Game, where instead of collecting supplies, you receive income from your respective country but you can increase this income, by say, capturing a oil field like in Zero Hour, or capturing a town or killing large amount of enemy units. This will be reflected in game strategy, the Iraqis will have a easier time killing Iranian units but the Iranians will be able to hold on to these areas better. Also a note on superweapons, each side gets a Scud Missile, Iraq's is immobile but more powerful while Iran's is mobile but less powerful,has less range and is more inaccurate, and they can also call a large amounts of units to appear.

Now because the mod is so early in the developmental stage, I'd like to extend everyone the opportunity to recommend units and upgrades. I also have to call upon anyone with any modding skills but especially coding/scripting for ZH and the texturing of models. Please just drop a comment or PM me if your interested in Joining this mod's development.

The beginning post for the mod. Well this is the start of something that I think will be a cool project for everyone involved especially when, this releases...

Iran Was The UnderDog and it held out for 8 years and it ended with a Peace Treaty Proposed Bye Saddam (Iraq) after Iran Started to Counter Advance into Iraq , go Research a bit before being a dumbdumb and learn to Write

So the mod is dead i take?

Is the mod even active?