Stalkers, you want to travel in a open Zone. This freeplay mod is for you. I use two greatest mods as base, the FreePlayStart by Xiani and the Stalker Map Pack by Kostyan et al. This mod add new spawn in empty levels, modify level geometry for few levels and add news ones. And more features are coming...Now, your Zone is extended and it is coming to life. 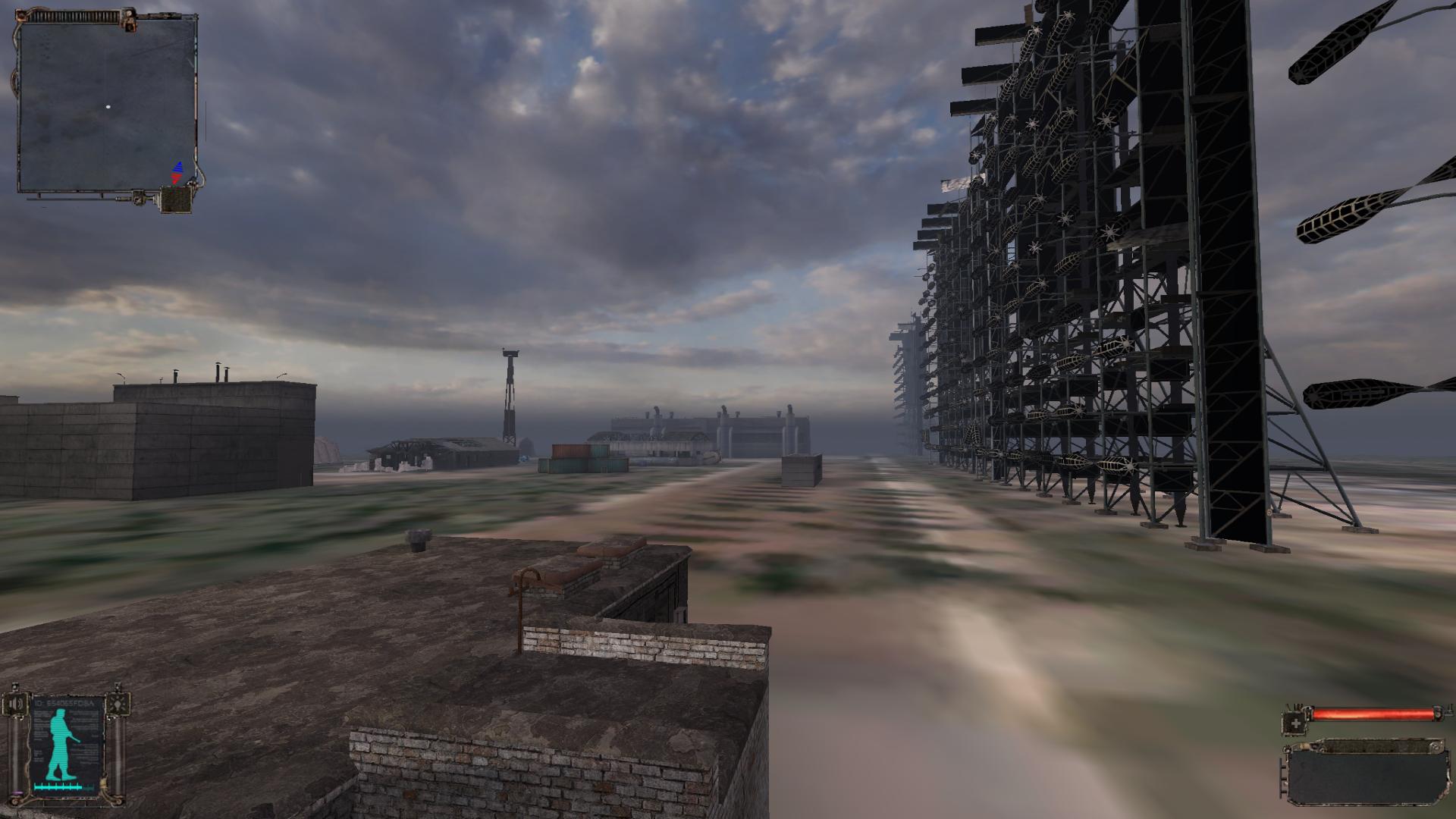 I would like to recreat the old Dark Stalker faction. This guys are totaly friend with all mutants species and vice versa. So, I thought "How can I do?...

It's a beta demo of my first level, Bog area. It contains a marsh level with forest and deserted scientific bunker. Beware, this demo need 1.0006 SuperBin...

This is my first demo for Into The Zone mod. This one include a single level where you can walk and explore this little area. Please, report me all CTD...

Not exactly, but very closed. The same mind.

At this time, I mean in 2011 or 2012, easterns mods was using the SoC's StalkerMapPack mod as a base.
I remember the discovery of very good mods as Narodnaya Soljanka , the Secret Trails 2 mod or Lost World series.
I found them on ap-pro or stalkering.gameru & I shared them to the french community, we tried to translate them from russian to french with the poor ggl translator, to fix them, to follow updates...
The sharing was done on gsc forum too.

Secret trails was a very good one but it didn't have respawn. Lost World series evolved too much & too fast. & I didn't like the final result (when the first version was so good to play). StalkerSoup was too buggy for me and a mess with all this adds, it's the giant modpack.

So, I loved FreePlayStart mod for SoC & StalkerMapPack was here but levels was empty.
How do?
My goal was to merge them, add more levels, fix levels and add alife everywhere.
Bamah and Bangalore helped me a lot on GSC english forum.

During this time, Bangalore was working on his own side for Soc or CoP. I don't remember what Alundaio was doing, probably scripting some crazy things for CoP mods, perhaps for Misery.

You have to understand that was a crazy work for me. Take coordinate ingame with a poor script and use notepad to add a single anomaly, a way point, a smarty, a box in a level, step by step, it was too much for me.
Do it again and again. To add alife to CS Marsh only, I needed all my nights during 3 months IRL. Looks the level list, 43 levels! So, my project was ready for several years, just insane...impossible.

In the same time, I created Bog & my firsts versions of TruckCemetery.
The SoC SDK & others tools was too slow.
It was very hard (or impossible) to compile Marsh or TC for SoC, compiler crashed, team as Dezowave, didn't shared their tools...
The engine code was not yet leaked.

By the way, eastern community team improved their mods based on SMP and my project was not really needed.

My interest go to the release of TC level.
Because of technicals limitations, I choosed to port it from SoC to CoP.
And a day, i don't remember how, I joined Bangalore's project.

Ofc, I prefer SoC game & spirit to CoP ones.
But I tried and I was satisfied by the tools, the CoP SDK, the compiler...and my team mate.

At the beginning of 2013, I came with my work, my point of view, my ideas and concept. We worked together, Bangalore, Alundaio and others, with the same goal, the same mind.
It was very fun. The soc, cs & cop engine was leaked, CoC was improved. Tools was shared and improved too in the community.
a new age was started.

& a day, we did it, the map pack with a full alife for others modders, for storydesigners, modpackers.... was done.
At first, the freeplay was include for fun, for balance during the beta test. Finaly, it was a feature of the sandbox.

It's the link between ITZ and CoC. My way.

Glad you got some updates out :) nice

Are you going to add blowouts and artifact detectors?(and new weapons)

Keep up the good work!
:D

Few real life problems and a little break with mapping.
I didn't work on Milrad since three weeks.

During my free time, I'm creating a little modpack based on ZRP R10 and old Redux.

I'll return on ITZ in the near future.

Single Player
Tags
Embed Buttons
Link to Into The Zone by selecting a button and using the embed code provided more...