A Quest For Understanding: The Last Beacons of Hope

While we all enjoyed Oblivion, I think we can all agree that there was something missing from the formula. Choices and Consequences, memorable and interesting characters, quest diversity,more than one perspective, and a multitude of RPG elements. However with this mod there exists these beacons of light. They may be hidden by adversity, politics, stereotypes, fear, and hatred but.... If you can find these beacons and nurture their growth you can bring the light of diversity, intrigue, emotion, and understanding back to Cyrodiil!

This is a quest mod which takes elements from lore, past elder scrolls games, and quality western RPGs to bring you a completely new and improved questing experience!

1: Proper implementation into your game world. No giant buildings suddenly popping up in populated areas of cyrodiil, no sudden quest updates, no NPCs hunting you down to tell you about some grand opportunity. This mod will have no immediate impact on your world, there are countless things for you to do in this mod, but they are all for you to discover... not be forced on you.
2: New join-able guilds with quests and advancement systems unlike any other Oblivion guild.
3: More than 15,000 lines of dialogue
4:New, and interesting characters to meet, and develop alongside through dialogue, quests, and their reactions to both. Also we understand that aesthetics important like dialogue and gameplay; as such seeing as how the mod centers around the characters you meet we offer several facial options so you can customize your new friends and enemies to your liking.

5:Massive replayability thanks to a very non-linear and responsive quest and story structure.
6: Dozens of quests with diverse objectives, and ways to achieve them so the mod remains fresh all the way through, and even after.

The Shivering Isles DLC. Nothing else!

The topic for the non-integrated version
FAQ

Details, and background of features

Version 1.0 has been released as 4-11-11, with this the mod is finished, any further updates will be bug fixes, isolated add-ons, or technical updates.

In total, Integration: The Stranded Light offers more than 80 quests, five guilds, although of course not all quests are part of guilds. Additionally a whole lot of features, that will enhance Cyrodiil greatly.

An important aspect of Integration: The Stranded Light is discovery. A lot of mysteries and surprises are waiting for you to be found and solved. Over eighty quests. Five guilds, of which two are in direct conflict with each other. Choices and consequences. Very dialog heavy, including dialog trees, arguing and a lot more you won't see in Vanilla Oblivion. Use of the "Telvanni Tileset" and other resources for some unique places. The riddle of a lost city will play a role.

Changing the face of Cyrodiil sounds easy - just take a look at the smoldering ruins of Kvatch. How about changing the world for the better, for once? Every organisation begins small, with just a little headquarters somewhere. Though if you succeed in helping a guild to grow, attracting new members, an expansion may happen. Maybe an outpost here or there? What if their goal goes even further? There's enough unclaimed land on Cyrodiil's map for experiments!

(These are for the version with requirements, but they can easily be used with the Integrated version by changing the masters with Wrye bash)
____________________
As an additional gift there's also an Unique Clothes AddOn for EC available. Make sure to read the readme.

The Highly recommended Ohmes-Raht voice pack which gives Ohmes-Raht players and NPCs their own voice for greetings, combat grunts,etc.

3 small changes by Rylasasin. Read the readme for more info.

Integration: The Stranded Light now standalone with no mod requirements!

The No requirements version is now......

RELEASED!
Get it from here!


The quests, resources, installation, etc. are all reported to be working perfectly. All you need is Shivering Isles and the above download. Included in the above package is an installation option which will allow you to enjoy the quests, gameplay, stories, characters, and every amazing facet of Integration with NO impact on your game's core-gameplay experience! 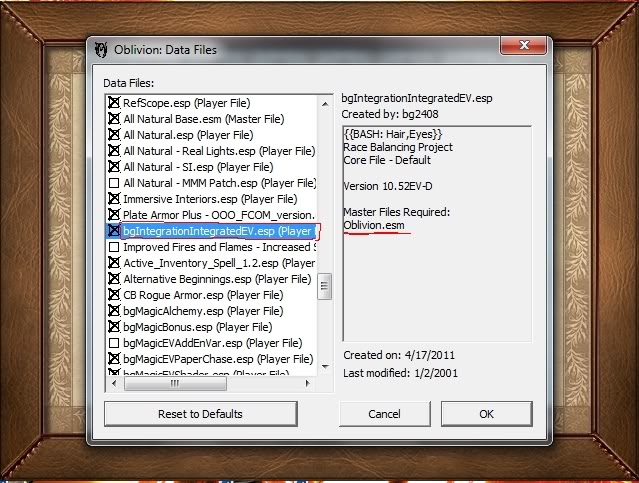 Ever since I first heard about Integration I fell in love, so much so that any hoops I had to jump through to play it were not an issue, but what did disappoint me was how so many people were unable to play it due to some rather harsh and major game changing requirements. I liked the requirements, but I can understand the hesitation to try the mod with all that it required you to do, and I looked forward to the day that anyone and everyone could experience the pinnacle of quest/mission mods for themselves. Well that day has come. After roughly three months of development Integration: The Stranded Light Integrated is now available for all to enjoy. It's pretty much the same mod, just now with no requirements and no gameplay changes! 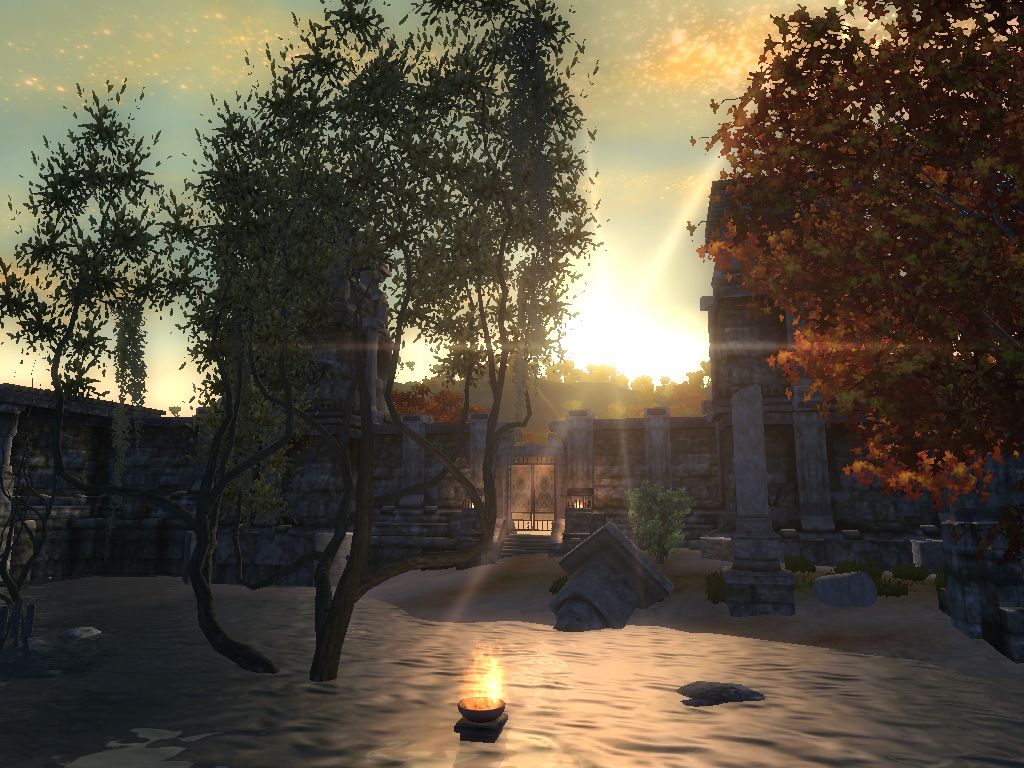 Testing for the version without mod requirements(Race balancing project, and less annoying magic experience) is now reaching it's release. Just one more...

Testers needed for a reduced requirements version! (No more RBP or LAME)

Due to high demand a version of Integration that does not require the gameplay mods: Race Balancing Project(RBP) or (Less Annoying Magic Experience) will...

Just when you thought a diamond couldn't get any brighter the final polish has now been applied to Integration, but fear not there's still more to come!

Several new things, and an update!

Some minor updates being worked on by bg2408; adding more flare dialogue to some of the less talkative characters. The Ohmes-Raht voice pack has been...

The self contained quest mod, if using this version you only need this file.

A large quest mod by bg2408. This mod integrates your race, attributes/skills, and achievements into how you can go about doing its quests. Of which there...

Race Balancing Project. currently hosted on ModDB due to the old site going down. read the readme. REQUIRED for the original Integration mod.

LAME the magic overhaul. read the readme for more info

Three Small edits: One removes the 'Sexy walk' animation from the romanceable NPC, and the other two allow you to decorate all of the Stranded Light outposts...

Duuuuuude just found this and it makes me want to buy Oblivion on PC now. Does it work with Steam versions?

id give it a try if it didnt impact the facial structure of vanilla npcs like the dark seducers/golden saints. the faces look so damn ugly, it hurts. this mod needs a serious makeover on the faces, like OCO v2 did on oblivion and shivering isles npcs and it seems this aint compatible with OCO v2, which is a shame

It doesn’t impact vanilla Seducers or Saints. They are entirely different races. The vanilla Shivering Isles NPCs are not the same race as the ones you can play as or the Integration NPCs.( if you go in the construction set the vanilla races go by Golden Saint and Dark Seducer; while the RBP races are Aureal and Mazken)

There is a patch on nexus mods for OCO and there are three different mods you can choose from that give you other face options.

fixed the homepage link for the original file. The "integrated" version can be found in the news post and description

Is there a textual walkthrough? I found the Youtube videos to be ... confusing.

Also, what the hell am I supposed to do with the matchmaker quest?

For the first question, the "spoilers" file in the download can help sometimes.

For matchmaker I think it's just you gotta talk to the guard captain and tell him to be cool or something for the best result.

Can someone pls tell me where is Merendin. I dont remember if the goldern saint gave any defination when i bought merendin and tell to her. Pls dont tell me if i am supposed to explore to find there but if i missed any clue it would be helpfull. Thanks by the way excellten mod.

Nevermind, wacthed the walktorugh videos and found it apperantly the one who sell the deed describe its place when you first ask her about merendin.