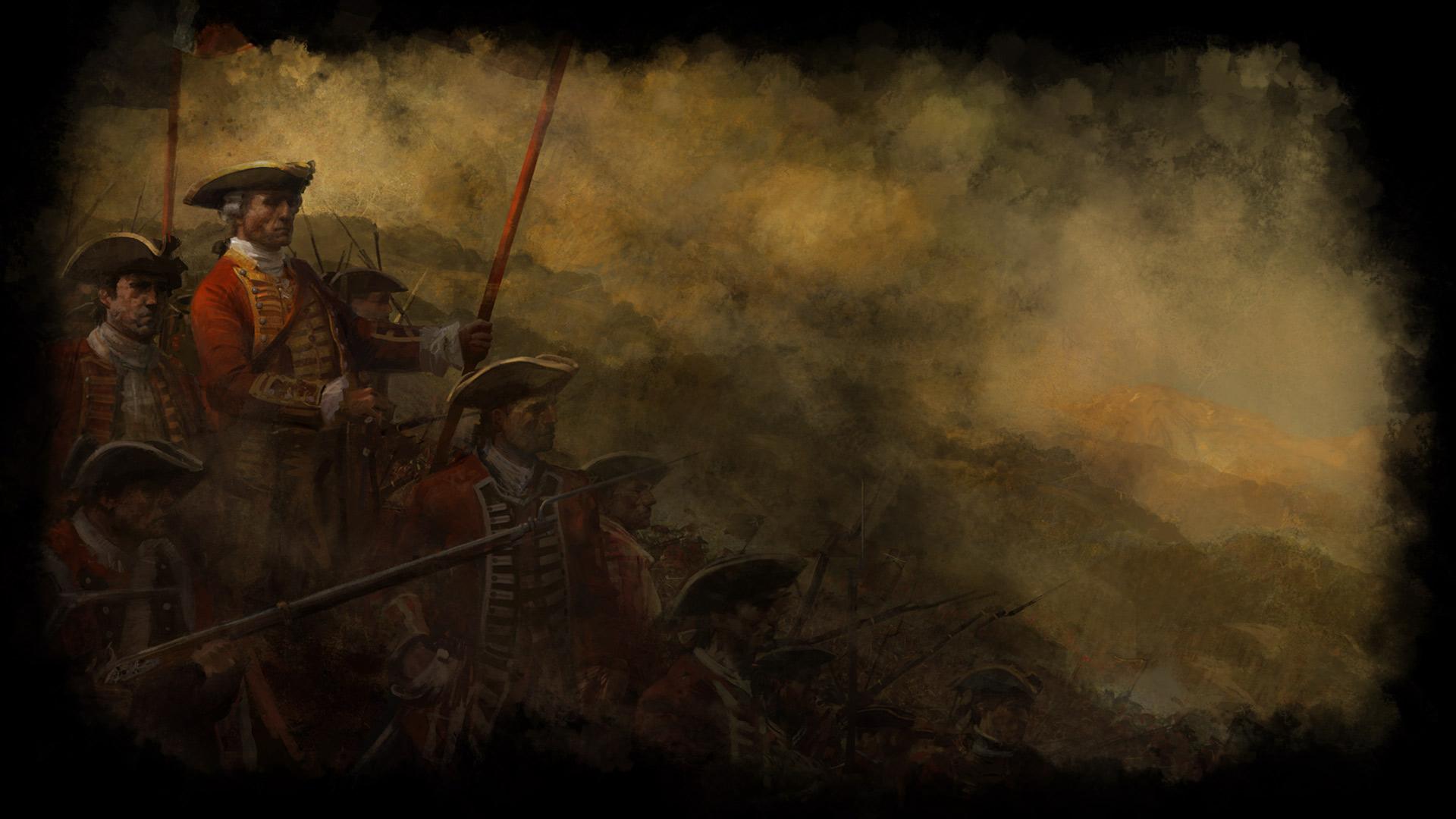 The Improvement Mod touches on every aspect of the incredible game that is Age of Empires 3 and its expansions, improving and tweaking every feature the game has to offer while also adding many new features and content such as new units, buildings, maps, civilizations, soundtracks and game modes.

All of this results in a very refined gameplay experience powered by an improved AI and better visuals. Balancing is also a main focus for the mod and everything has been made as balanced and fair as possible. Check the "Features" section for more details.

Both single and multiplayer are supported and expanded with more teams, a new continent of maps and improved game rules. The mod and all its features are also fully ESO compatible.

The mod is recommended for AoE3 Complete Collection (Steam version) as it contains everything the mod needs, although it can be installed over any version as long as the game has both expansions and ALL official updates.

Main features of the Improvement Mod:

- new African, American and Oceania maps plus new Large, Regicide, Custom and themed maps (and new map options)
- new Native allies for the new maps and new African and Oceania fauna, flora and props
- new playable civilizations added: Americans, Italians and Swedish (more to come)
- new Consulate allies added: Americans, Italians and Swedish (more to come)
- new Revolution leaders added: Van Riebeeck (Boers), Aguinaldo (Philippines), Lincoln (USA), Davis (CSA), Blackbeard (Pirates), Weishaupt (Circle of Ossus)
- new unique resource for European civilizations added: Fame (used at the Church and Capitol)
- added new unique bonuses for every civilization and new starting team bonuses
- Ottomans now have access to Export and the Consulate (reworked their Mosque to Asian standards)
- randomized Consulate allies, Revolution leaders, age up Politicians and Council members
- all civilizations start with a Control Flag that generates XP and increases speed of nearby units
- the monument in the King of the Hill game mode cannot be captured by any Age 1 units anymore
- adjusted the price and age requirement for Trade Monopoly and disabled certain techs in Deathmatch mode
- Native civilizations can now train outlaws via the Embassy and they also have new units, techs, cards and buildings
- Docks now have a build limit and Fishing Boats no longer take population space (but have a smaller train limit)
- the European Capitol now has new Fame costing units, techs and armies, similar to the Consulate
- removed the randomness in attacks for many units, including ships; ships now fire consistently
- ships can now move in formations and they can sail over shallows on which ground units can also walk
- added water treasures to American maps and also fixed other map related issues and inconsistencies
- villagers now stand still while gathering from Mills and Plantations for consistent gather rates
- most European artillery now moves exclusively in Bombard mode at a higher speed (like Asian artillery)
- all ground units are now significantly faster for a smoother combat and faster map traversal (inspired by AoEO)
- many balance changes and gameplay tweaks across the board, some inspired by ESOC
- returning gameplay features such as defensive buildings being able to attack military buildings
- new original soundtracks, taken from campaigns and other AoE related sources
- improved and more challenging AI made to work with the newly added features
- tweaked unit hitboxes, turning rates and formations for better and smoother pathfinding
- added a new "Break Formation" tactic for all units which keeps units in place while moving
- new and fixed animations and visual effects such as smoke, dust and blood
- new visual rendering features such as "Multisample anti-aliasing" and "Alpha to coverage"
- added a new graphics option that can switch only cliff models to low poly variants for maps with cliff lag
- added better low poly cliff models, ported from Age of Empires Online
- ported all AoE3 Definitive Edition map textures and also added new textures for the new maps
- upgraded the DirectX version the game is using in the mod to a newer version
- the game now runs properly on Windows 10 without needing WinXP compatibility mode
- removed excess fog from all maps and toned down the blinding bloom (for clearer visuals)
- improved map details: upscaled fauna and flora textures and added extra props (no performance difference)- fixes and improvements for the "Out of sync" error and other engine bugs- full LAN and ESO support with 4 teams to play with (from the original 2)
- multiplayer save game support, OOS restoration, and other UHC features
- increased population limit to 250 and unit selection limit to 95 (from 50)
- overall new units, cards, techs, buildings and hotkeys for all civilizations
- upscaled, new and improved UI textures
- revived diplomacy feature
- and much, much more

Listen, I get it. DE is out so why would you still be playing this mod for the old game over the "new game"?

The best answer I have for that is because, even though DE has adopted many fixes my mod had for years (they recently accepted my alternative fix for the box formation issue for infantry, after they butchered it for cavalry), this mod still has many more amazing and ground breaking features DE doesn't even dream of. And I have recently invested personally in even more such features!

Let me give you a quick rundown on some of the new stuff:

1. Through the mod, Age of Empires 3 "legacy" as they call it, is now more compatible with Windows 10, having the display features fixed if the game's exe is not ran in compatibility mode (though it's still recommended just in case). Oh and new the High/Low poly Cliffs option is fixed now, so you can play those Gandalf maps with more than 5 FPS.

2. Ottomans are now a semi-Asian civilization, they have a changed Mosque, to better match the Monastery, they now have Export and yes, they also have a Consulate with new unique Asian allies (Indians, Chinese and Japanese). I flipped the board on them for uniqueness. They of course also have new cards for the Consulate and mercs.

3. Ships can now move over shallows on which ground units can also walk. This is big. AoE3 as you know, does not have the best water combat, and the fact that ships are huge, water is small and that they get blocked by shallows doesn't help either. Well, besides my other changes to make water combat better, ships are no longer blocked by shallows such as those on Northwest Territory and Indochina. Speaking of which, you can now dock and make ships on Bayou.

4. On the topic of ships, remember how they used to fire their cannons randomly, resulting in cases where if two identical ships fought, the one that fired first could actually lose the battle because of random cannon fire? Yeah, that's no longer the case in the mod either. Ships now fire consistently and accordingly to their assigned rate of fire.

5. And one more amazing thing for this post: you know how villagers walked randomly around Mills and Plantations while gathering, resulting in wasted gather time which was only increased the more villagers you had on one Mill or Plantation? That's gone as well. When they gather from Mills and Plantations, villagers now stay in place just like on Farms and Rice Paddies.

I said "for this post" because I don't really plan to stop. The way to keeping this mod desirable is to offer features DE does not have, and to offer an overall more enjoyable AND replayable experience.
Yes, you could say it's a bad idea to keep investing in and working on the old game, but DE doesn't yet want big mods to be made for it and will likely not want that for a long time to come, because of continuous official updates and even the possibility of future DLC and "expansions", now that AoE2DE broke the ice in that regard, which will make a lot of the work us modders could put into the game for a big mod pointless.

Right now I'll continue working on my current mod as best as I can. I am also working on updating the entire UI to something nicer and cleaner (using some inspiration from DE) and I might even use DE to update some of the uglier textures in the game, like terrain textures. But we'll see about that.

So regardless if you still do it or not, if you've ever played my mod I want to thank you again for giving it a chance and I hope you'll try it again sometime.

Somewhere around the start of the year I released the UHC2 version of the mod in the form of "age3b.exe", an extra executable along with some extra files...

The Circle of Ossus

The mod embraces the fantastical universe and story created for the original AoE3 singleplayer campaign and tries to expand upon it with more Circle of...

New AoE3 Improvement Mod Discord server. You better use it.

New African and Oceania maps plus many fixes to existing maps.

Download and install this! Details below. The Improvement Mod Patcher can be used to fully download the mod and keep it up-to-date but it is not required...

It is highly recommended that you use the Patcher to install the mod, however if for some reason the Patcher doesn't work you or you can't get it pass...

Your game is messed up. Uninstall it, delete any remaining files and folders, reinstall the game and then install the mod using only the patcher.
The AoE3 version must be Complete Collection or Steam version.
Moddb.com

Well only you have this issue, there's nothing I can fix server side. Follow the instructions again or join the mod's Discord server and I will fix it your you with Team Viewer.
Impmod.blogspot.com
Discord.gg

ur patcher raped my desktop my dude


It's called a patcher, not a downloader and not an installer. Why would you run it on your desktop.

That being said, we added a new warning message to the patcher if it is ran outside the game's installation directory.

I am from Turkey and only your mod added some features to Ottoman faction in this game, so we Turkish community would like to see more ottoman concepts^^.

Note:
If you update/get the texture from DE version, then your mod will be awesome, please continue to your awesome mod always, thank you.

If you want an Ottoman focused mod, look no further than here: Moddb.com

Next patch will have Romanian Civ?