I finally got around to loading up Age of Empires 3: Definitive Edition after talking to my coworker about playing regular Age 3. And I went for a skirmish against AI to test out the new civs, and what do I see? 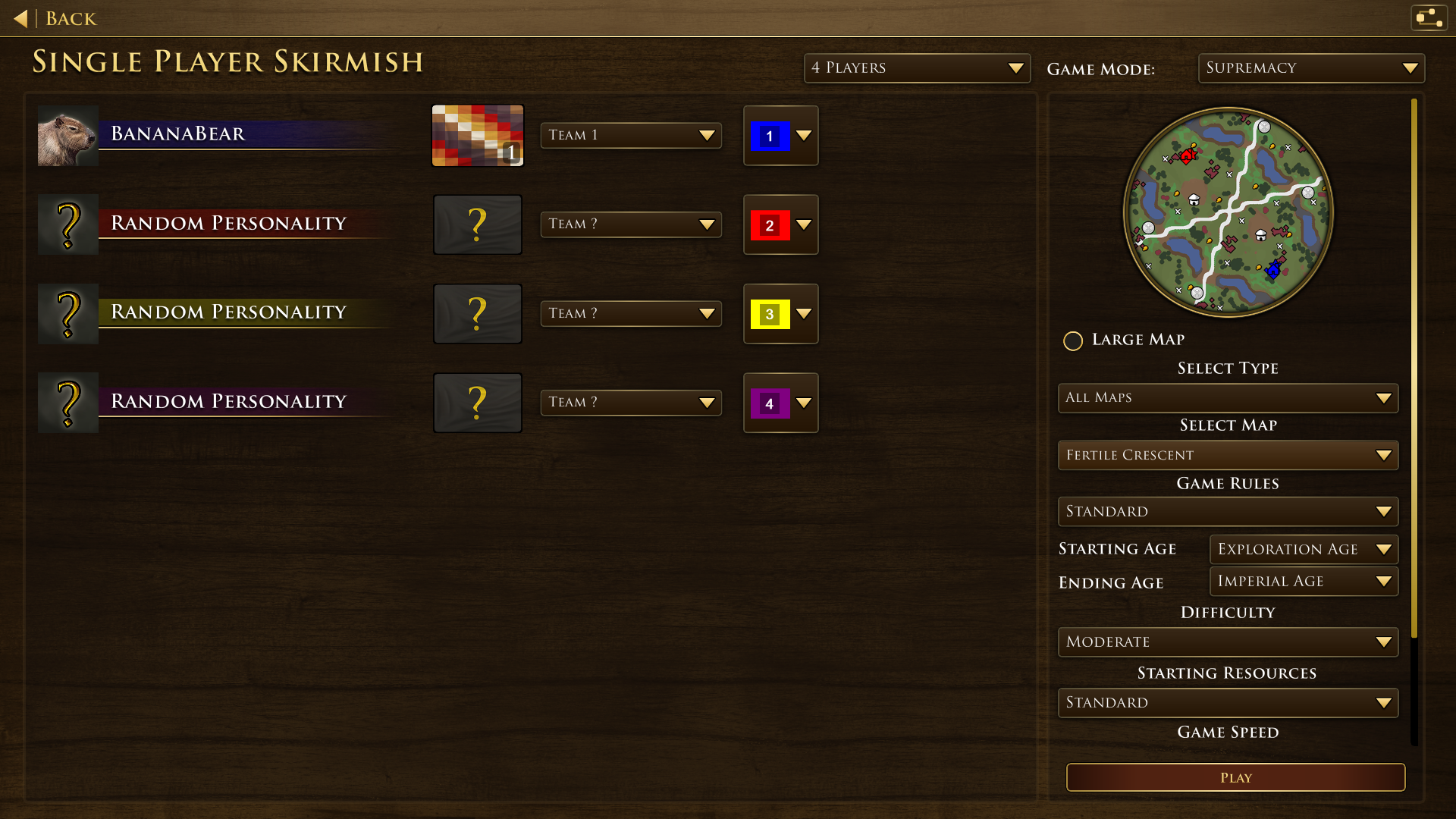 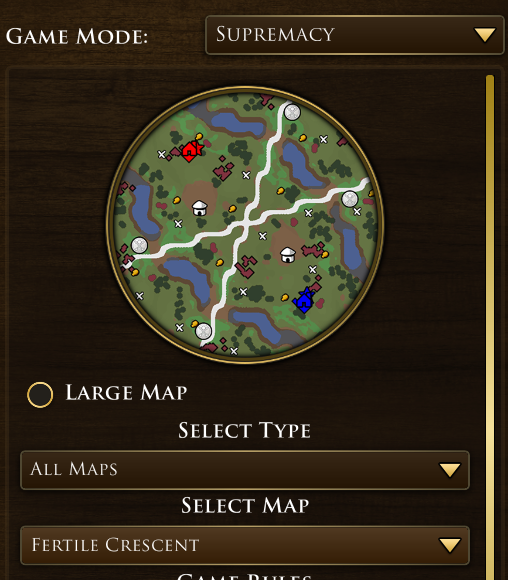 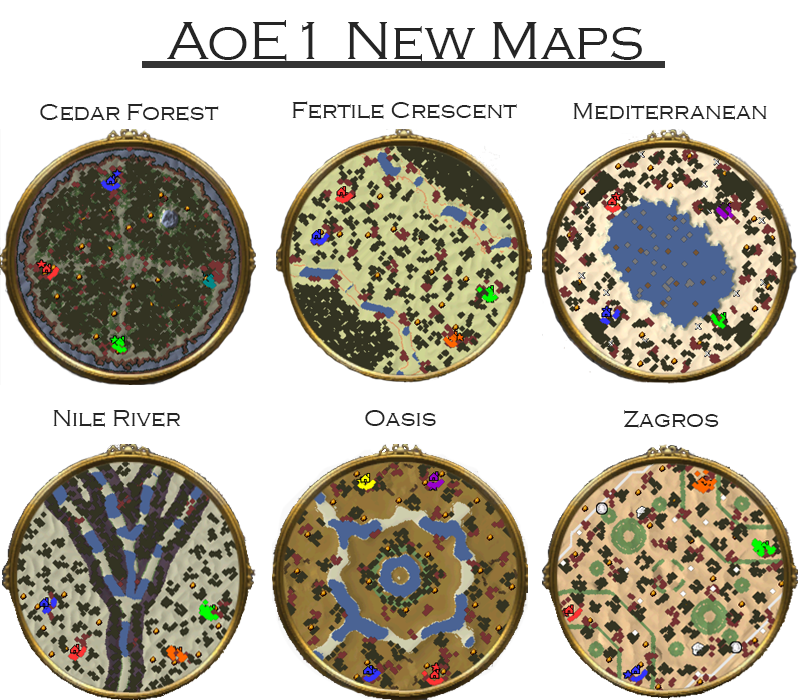 The "Fertile Crescent" map is an official part of Age of Empires 3: Definitive Edition. I'm happy to see a map I started working on years ago make it into the official game. I'm sure by this point its code is completely changed and I'm not taking credit for the work. A forum member helped me add the trading posts and some of the XML file which was added into the Age of Empires 1: HD Edition mod later, using the Trade Workshop from AoE1 as its trading post.

The AoE3:DE map has made a change though. The Sufi Mosque was supposed to be a "Elamite City" that could train the unit "Tower Shield Archer". Unfortunately I never got around to adding in the "natives" in AoE1:HD, so I put the "Ruins" where the Sufi Mosque sits in the game now. In the mod the ruins would generate a small trickle of gold, and would change faction based upon who had troops near it.

I'd like to see Nile River or Zagros put into the game as well, as they were fun maps that fit the timeline of AoE3:DE as well. Cedar Forest was fun as well, but does not fit the historical period that AoE3 finds itself in. Even though this takes place 3,000 years away from when I had intended it to, I'm looking forward to playing the new and old civilizations on this map and whatever else the DE team adds. 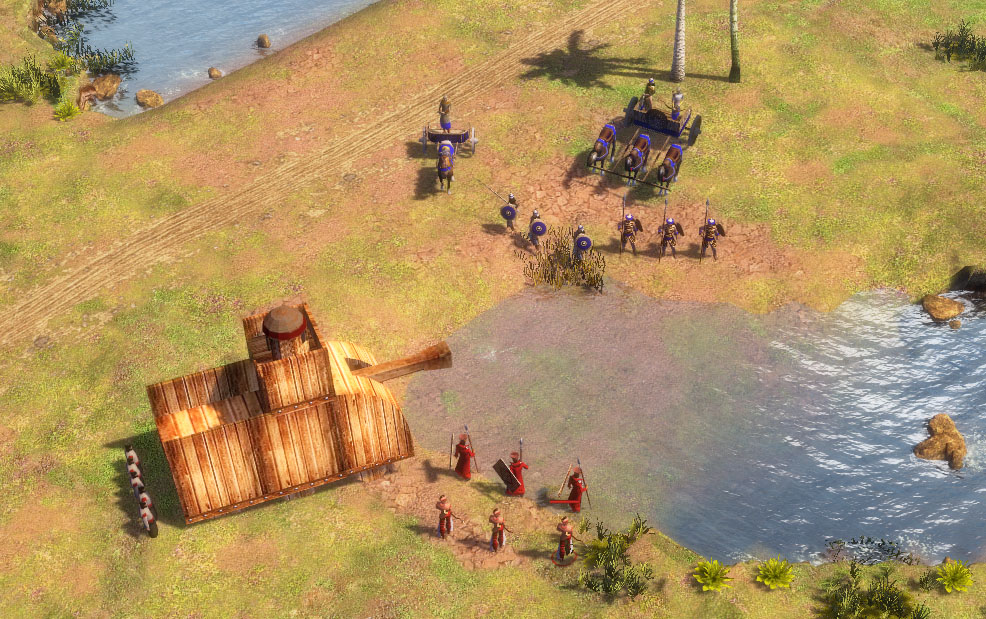 Release for Age of Empires 1: HD Edition. Download and description.

Microsoft announced Definitive Editions of Age of Empires 1, 2, and 3.

Age of Empires 1: HD Edition mod development will be halted.

New gameplay on YouTube. Any ideas, questions? Write below in comments.

If AI will work properly in future release than this will be one of the best mod for AOE 3 :)

I Will Had To Delete The Mod I Need To Wait To The NEXT Version If You Upload It I Will Run To Download It Good Luck!

PD:I Like The Work But I Had TO Delete It Until The Fix

Nope The AI DOSNT MOVE Can You Make A Fix?

PD:At The Time You Will Want To

Why When I Play The MOD It Says AILOADERSTANDART.XS Or Something like That And The AI Dosnt Move? In Other Versions I Played The AI Worked (The Other Version I Tested It Like 1 YEAR Ago But The error Was Today)

Wars of Middle-Earth Age of Empires III: The Asian Dynasties