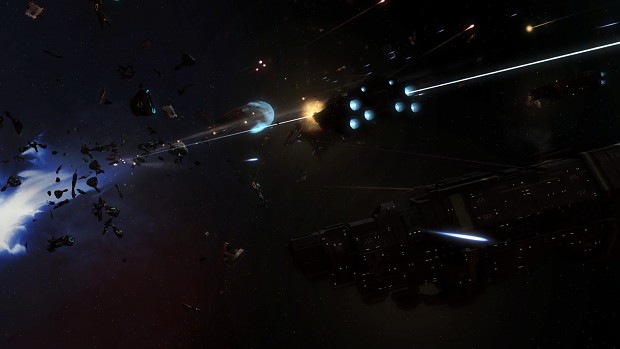 The Halo theme is in my head when I saw this.

Gooooood, let the Halo flow through you...

This isn't the type of bear I'd expect Unikraken to post

"Assault ship UNSC Naglfar directly engages the Assault Carrier "Glorious Ascension" while Fervent Ward's plasma lance pierces the ship from bow to stern. UNSC Moonlit Saunter can be seen in the foreground, recently disabled during the Battle of the Great Bear. Command cruiser UNSC Everest (background) subsequently unleashed her nuclear salvo on the remaining Covenant ships. The Assault Carrier attempted to flee and crash-landed on the nearby planet, resulting in the UNSC's first captive Sangheili."