So, i've been thinking about this for a while, and i've decided that this will be the best course of action for both the mod itself and me.

I've worked on this mod for four years. The mod has gone through many and many redesigns and changes, what this mod looked like back in 2018 looks completely different to what it looks like now. The iteration of the mod that you know started in October 2020, and through those almost two years i've only released a demo with three levels. That's all that was made when the demo released, and now after almost a year since the demo's released there's been barely really any progress made. I know i showed off A LOT of stuff in the progress updates since the demo's release, but the mod's much less complete than you think.

This week has also been absolute hell for me so far, for reasons i won't mention here.

I've decided that putting the mod on an indefinite hiatus will be the best course of action, i hope you understand my decision, and hopefully this won't be the last you'll see of WAR:TSO. 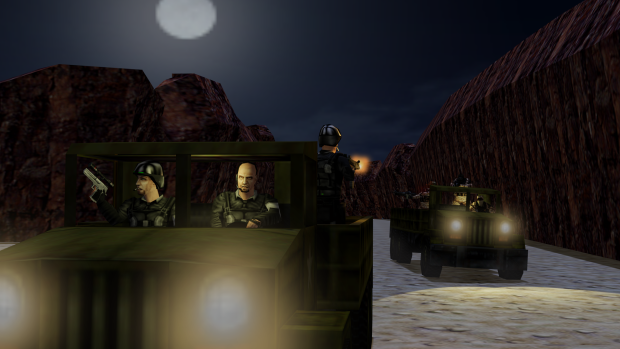 New progress update for my mod. Got a bunch of new stuff to show off, mapping, models, animations, and more.

Half-Life: WAR will be getting a big name change, and also i'll show off some progress with mission 2.

Half-Life: WAR will be changing a bit...

Half-Life: WAR will be getting a few cool changes, but it will be for the better!

The Demo Release for Half-Life: WAR. Includes the first mission of the mod (3 levels) and a lot of action!

As a special thanks to everyone who likes the mod, here's a short little bonus level i made for the Christmas 2021 Progress Update!

I likey that there is mission happening in Poland :D

I don't think it would be too bad, it would just require scripting and good map design. Xen has a small stealth section, you could use that as an example and make stealth optional.

How much chapters in total are there?

there won't be chapters, the mod's gonna be split into 8 missions

This is crazy good, please continue to make this. Literally love everything about this, you somehow even made the npc correctly follow me. Only gripe the grenades are placed all the way at the end of the mod. Would have loved for them a little earlier.

You can add sniper mission, I'm just a fan of elite sniper and sniper: ghost warrior games,Yes, and it fits well with the theme of secret agents.

there is a sniper level planned :)