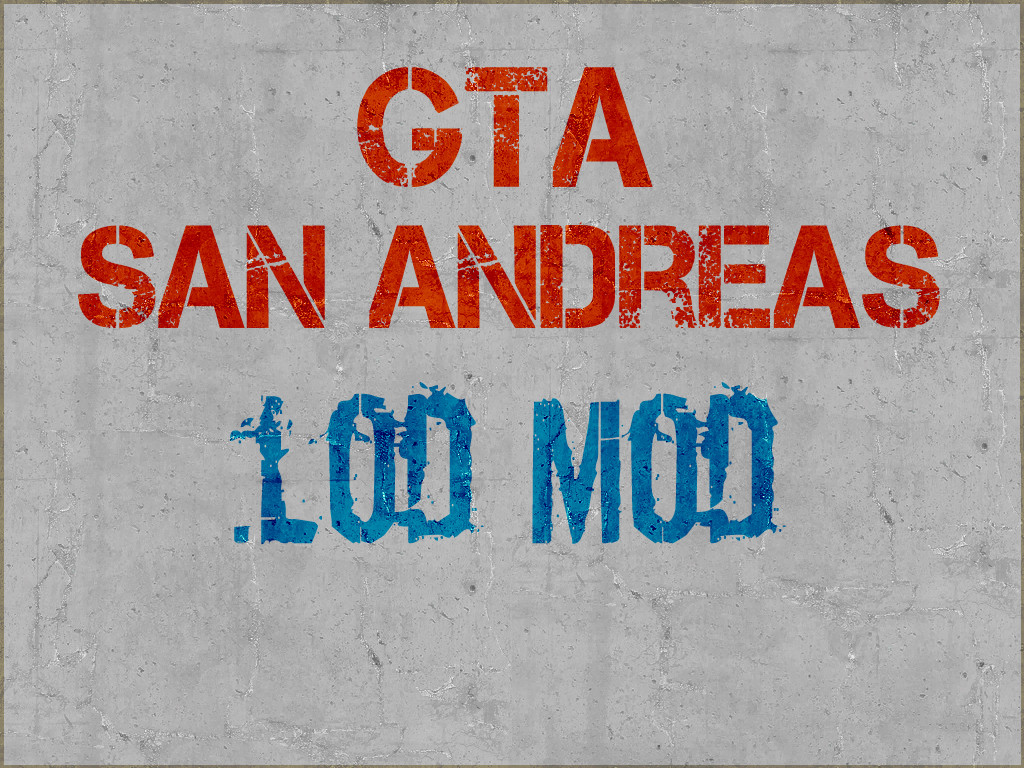 * No Permission is granted to modify or change the content of these files for other sharing purposes together with other projects, total conversions, mod packs, only with the exception when the user will keep the changes that are done towards the mod, privately. Any other different releases of the original Mod on cloud hosting websites will be reported and removed eventually.
* Don't come to me to make requests for permission, I'm not saying this twice.

* For starters is required a clean GTA San Andreas game. Other mods comes second.
* There are two version of Lod Mod now. Before installing anything ensure that you have read all the entire ReadMes!
* RECOMMENDATION! Because of the heavy changes that were done towards the mod, is required the use of Rebuild gta3.img at the end of San Andreas Lod Mod installation and each time from now on when any kind of files and mods are being installed. PERIOD!
If the user is going to see holes (blue-sky) and buildings positioned wrong, Rebuild gta3.img is required.
* Go To: Options - Display Setup - Advanced - Draw Distance and always set and leave to Max. Usually in game is set OFF.
* The folder "put into gta3.img" is set separately because it can be used for Both versions of Lod Mod. No need to duplicate the same files again [4337 files].
* You cannot play San Andreas Lod Mod in MTA.
* Works perfect with SA-MP. Tests were made.
* Works with Project Oblivion/BSOR or other similar mods.
* Because of the exceptional tool made by TheJAMESGM & ThirteenAG, I was finally able to bring all the objects with animation like Signs [ World's Largest Cock ], including all the other trees with animation that are set to fall on the ground when they are hit on impact.
* Seven new objects are added into the game. The following ID that were used are 18361 to 18367
* Inside "put into gta3.img" folder, there are other three folders. Each one of them has their own meaning. I've left them in such meaner for people who have knowledge about these files and to understand what exactly I changed inside these files.
* The entire mod from Data folder to the seven new files and to binary stream.IPL are connected between each other and if any of them aren't installed correctly, because of that the game will crash at the loading screen.

* Playing with SA-MP!
* I couldn't find the main problem of why it does crash on any server while using Lod Mod with Trees.
* In order to play it properly with trees online, you have to install 'SA Lod Mod without Trees' instead and replace IDE_DD_tweaker(SA-MP).txt from 'SA Lod Mod With Trees'
whit the one from 'SA Lod Mod Without Trees' which will bring all the Trees back, but in a limited range of 3000 draw distance only, although it will make the game function properly in any SA-MP server.
* No Need to install anything else from "SA Lod Mod With Trees".
* Trees Lod Mod is another option for anyone who wants to play with Lod trees online, however it doesn't contain Lod Mod (logic).

The list below will show you the following changes that were made during the progress and what .Lod Mod will change.

Before you start installing .Lod Mod is best that you should start reading this.

Current Version: 02.14.2014. The new version is more friendly sorted and each version of Lod Mod included all the necessary files individually.

This Mod Is good but Its no help :( sorry

I need to delete this building that came with the latest version of .LOD mod: S17.postimg.org

What file do I have to edit?

Every time i installed this mod i always get white jagged edges on trees and signs? anyone have a solution?

nvm it was already in the game anyway