Full Invasion 3 is an upcoming multiplayer PvE mod for Mount & Blade II: Bannerlord, in which players will work together to fight hordes of computer controlled enemies. It is produced and developed by Wave 53 Studios, currently headed by Maroon and Borridian.

Its predecessor, Full Invasion 2, is still the most popular multiplayer module in Warband's long and decorated history. Be sure to join our Discord server and follow our ModDB to stay notified of any news and updates in the future.

Development on this mod is currently underway!

In our last progress report post, we mentioned that there are several large features still required before the first version of Full Invasion 3 can go live. Though we've had periods of less progression due to the holiday season and busy work schedules, we did make good progress on a lot of fronts, so let's go over the major points!

As mentioned in the previous progress report, one of the major features we wanted to have ready is the progression system, and we currently have a first version done! 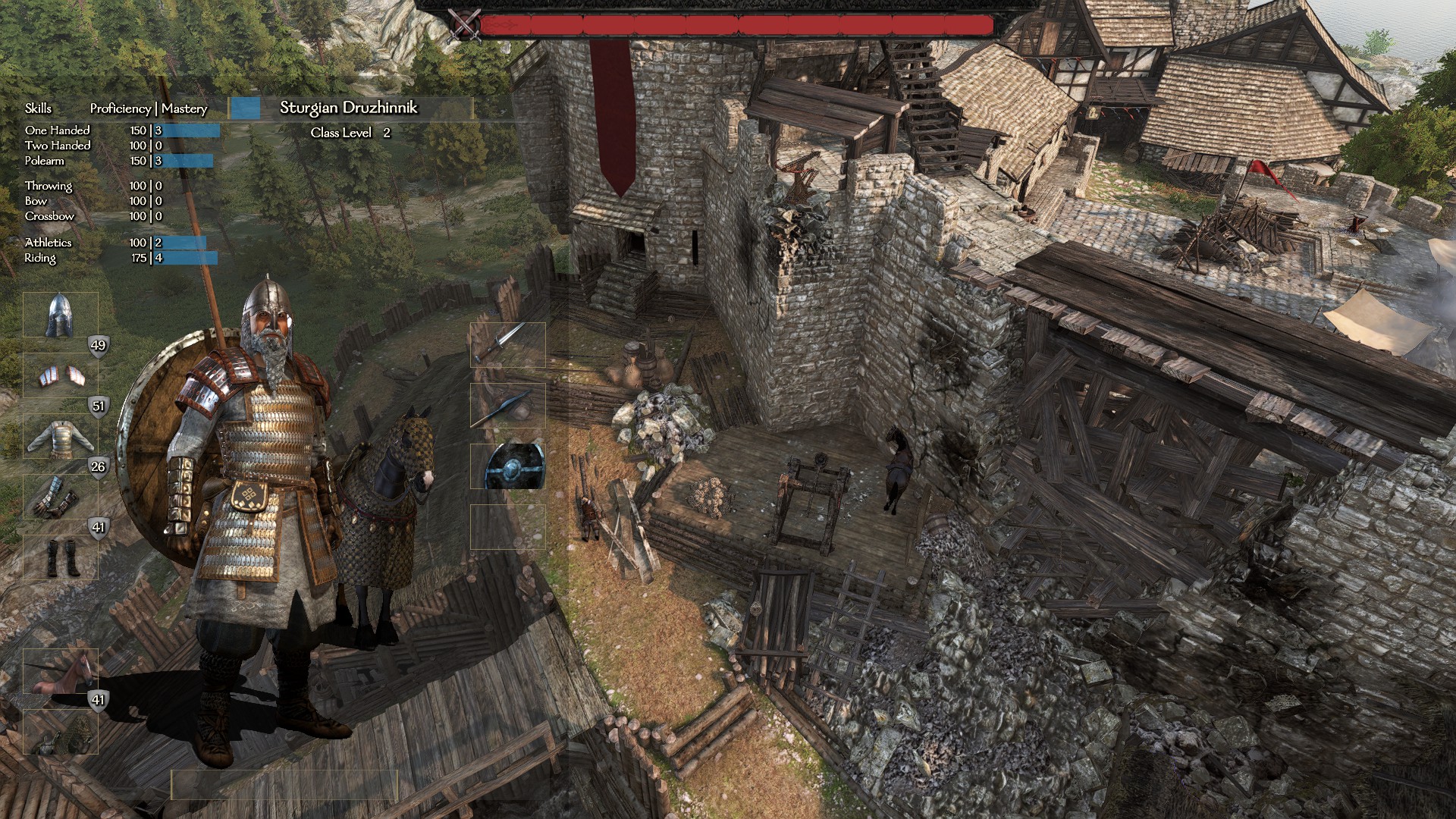 The current version of the loadout screen featuring the progression system (you can click on the image to expand it).

The progression system no longer makes use of gold, but instead makes use of two new terms: Mastery and Class Level. Both of these are gained by performing basic actions: hitting/killing bots (the only thing implemented for now), getting assists, healing allies as a healing class, etc. Let's break these terms down:

This system will of course be much expanded in the future. One of our goals is to include (almost) every skill from singleplayer in a meaningful way to Full Invasion (for example: Engineering for using/maintaining siege equipment, Scouting for... scouting).

One of the major improvements planned for FI3 compared to FI2 is giving bots something more to do than just "Exterminate". For this we're implementing capture points, much like the ones being used in Siege mode in Native. Currently our mappers are hard at work implementing this system into the maps we have: 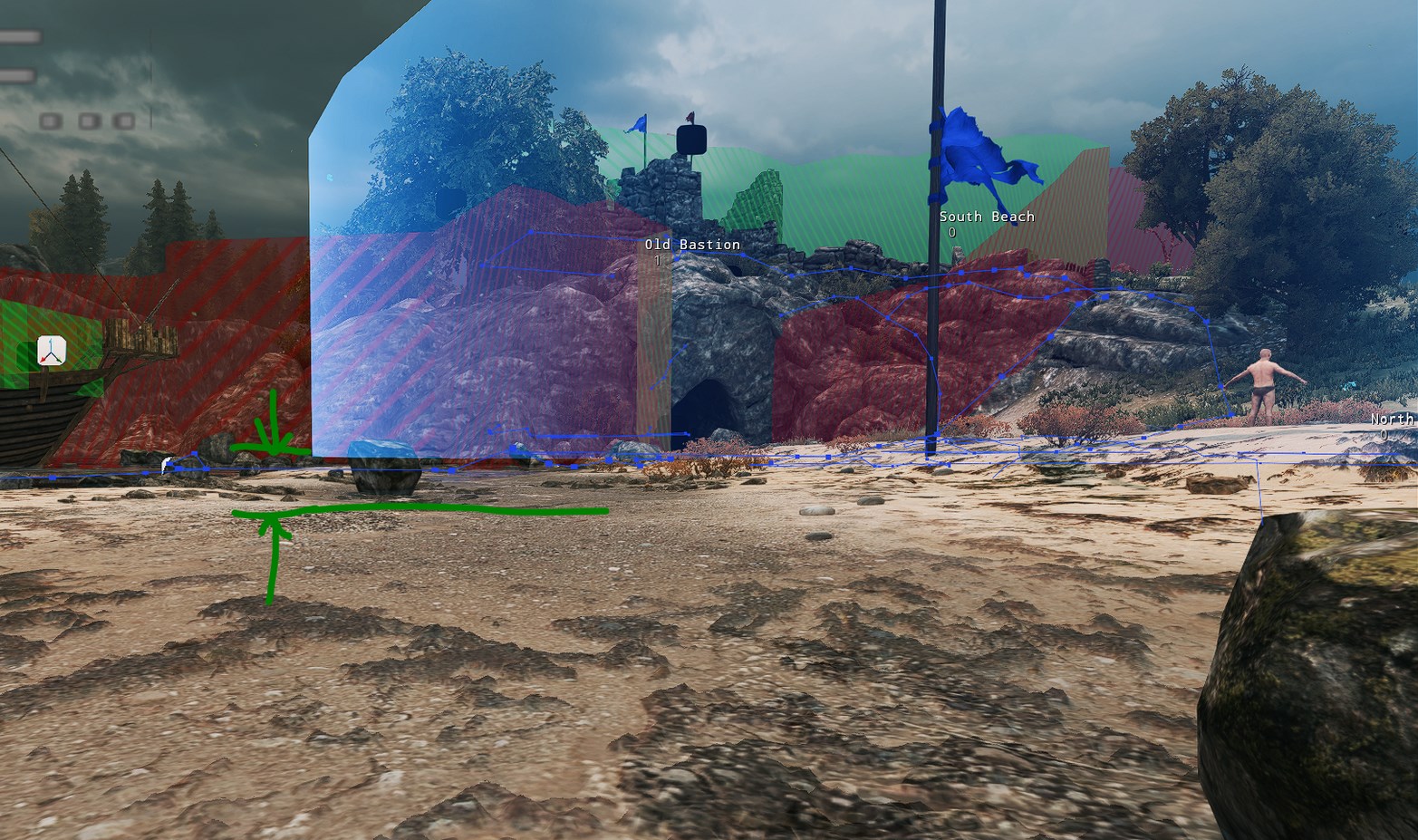 Bonus points if you can guess what the arrows try to explain.

This system requires a few more tweaks (like determining when the AI prioritizes capturing a point over attacking a player), but it's essentially ready for the first version.

The rest of the time we've spent on working on smaller additional improvements, essentially filling gaps in multiplayer (that really should have been handled by Native to begin with, but alas), such as showing spectators in the scoreboard, making arrow refill barrels work with throwing weapons, adding health restoration props, etc. 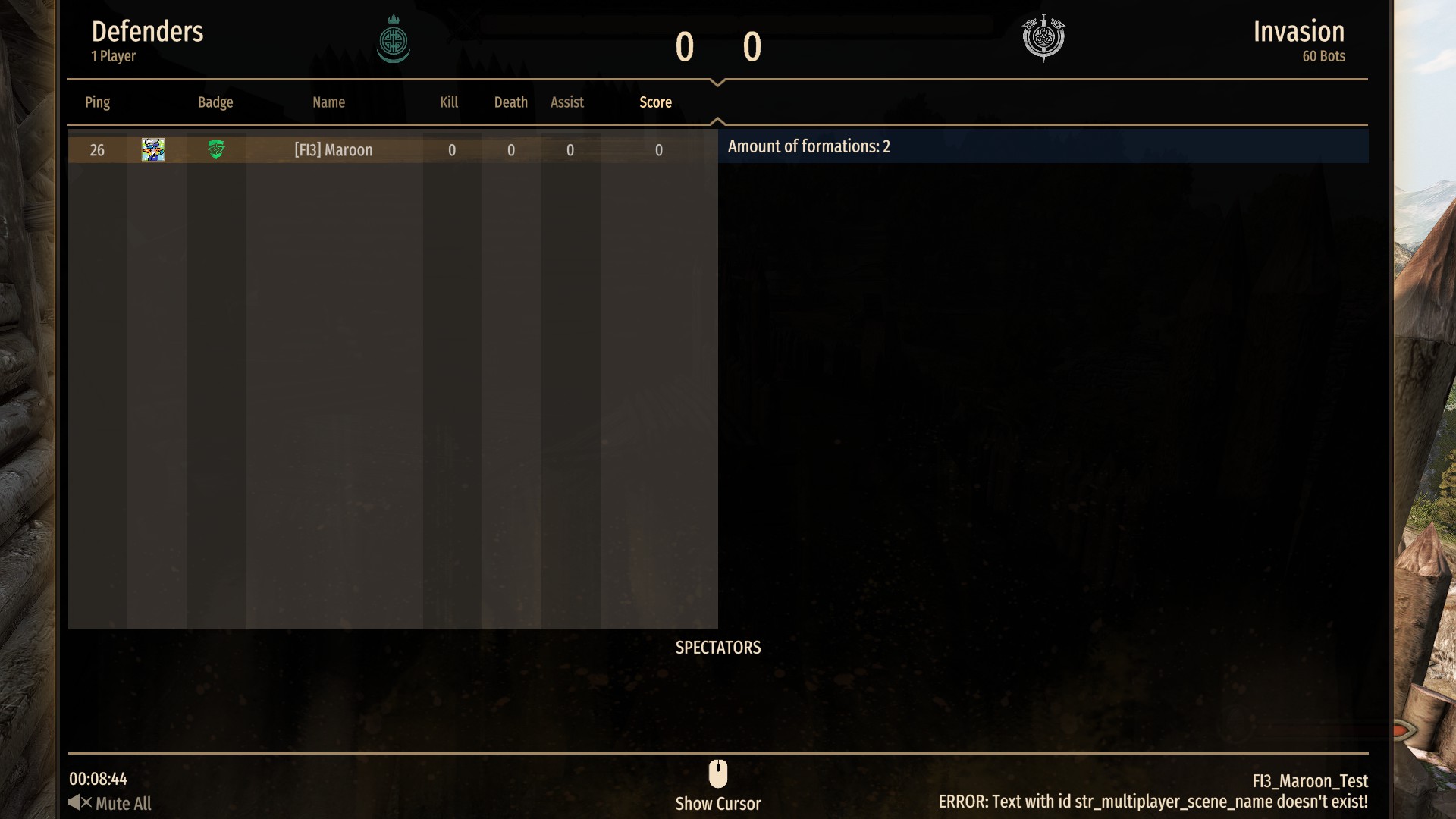 Scoreboard improvements: showing the amount of bots and formations, showing spectators, reducing the size individual players take up (players want to play with more than 6 per team, who knew?), no longer showing "1 Players", and more.

Required for the first release

The following features are still on our todo list as required before the first release:

There are further points to work on in the meantime, but if those don't make it into the first release, that's less of a problem. Therefore our goal is to release the mod once the points listed above are done.

We will be tracking our progress on these final points in our Discord server! So join us there if you'd like to keep track of how much further we've got to go.

It's been 2 months since we ramped up the development of Full Invasion 3, here's what we've been working on so far!

Development on Full Invasion 3 is underway!

We've gotten started on developing Full Invasion 3, and hope to release a proof of concept version of the mod as soon as the Bannerlord dedicated server...

Full Invasion: Osiris is an upcoming co-op module for the popular game Mount & Blade: Warband. It is a complete remake of Full Invasion 2, and will feature...

can't wait for this

I hope FI3 under Bannerlord Engine would be much smoother

the kings are coming back mates

how will it be done? Will it be like the bannerlord but with coop features or will it be just battles? I really wish there was a mod where I could conquer Carldia along with him, form armies, participate in sieges and help him on the battlefield, I'm waiting for a mod of this warband, I expected TaleWords to coop the game, but it didn't happen

This is just a sequel of FI2 for Warband, it was only focused for multiplayer PvE matches with many different factions to fight and defend. It has nothing common with CooP campaign.

New era of bannerlord mods is upon us!

I'm really pumped up for this mod to be ready. FI2 was epic on its golden age.

would be nice to see some life in this mod-page, seems dead now

So there is news that modding tools and private servers for bannerlord are just a month away from release.... hopefully FI3 will soon follow