Welcome to Freddy in Space! Now, before you say "ew fanf is cringe", actually look. This is a weapon changing, sound changing mod for both DOOM and DOOM II. This mod includes a custom map created from scratch (the map is for DOOM II though). The mod is completely inspired by the Freddy in Space minigame in the RPG game, FNaF World. This mod is in early work-in-progress, so expect issues and lackluster spots around the mod. I have yet to finish the mod. I am a beginner, after all. In this mod, you play as Adventure Freddy. You use mainly laser-based weapons, and the ones included are:

Hello everyone! Today I decided to make some new things for Freddy in Space based on some new knowledge that I have gained on the way GZDOOM works!

This update includes, first and foremost- a brand new weapon! This weapon is called the Laser-Launcher prototype, and it is basically the Rocket Launcher. This weapon's main firing mode shoots out a ball of pure laser energy that can take out the fodder enemies like Imps usually in a single hit. The Alt-Fire for this weapon loads the weapon instantly, without any buildup. This causes a melee attack that deals the same damage that the laser rockets do, and it costs no ammo whatsoever. 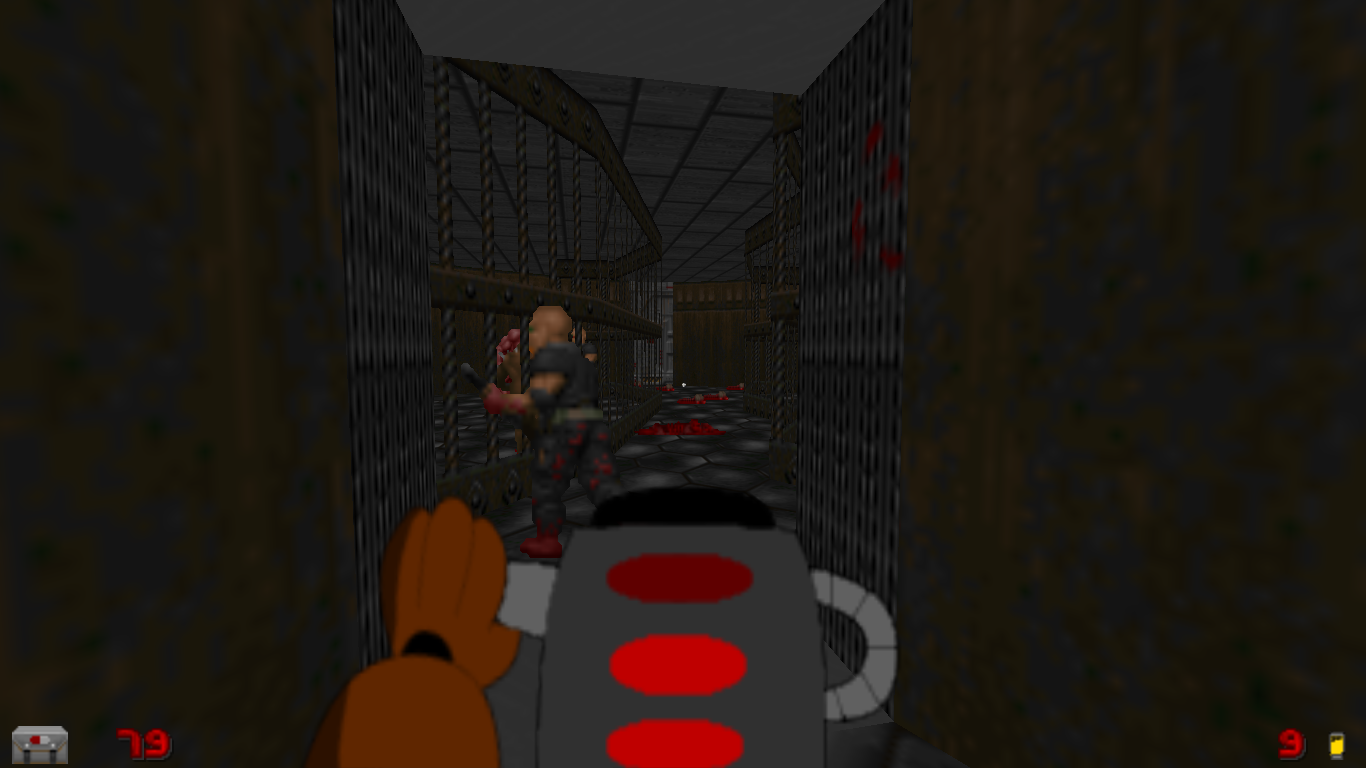 Also, now the Fists, Laser Pistol (starter one and 9000), the LaserSaw, and the SuperBurner 500 all have Alt-Fires, and I plan to add Alt-Fires to every weapon.

LaserSaw: Weaker version of the original Chainsaw attack, regens health up to 75%

Fists: Punches with the right fist, does more damage and attacks faster

The map is updated too, with more decorations and a single secret.

That's all for now. Have fun!

The newer alpha of Freddy in Space. There is a new weapon, and there are now Alt-Fires for some weapons. Have fun!

The alpha release of Freddy in Space, I guess. Have fun.

I'll do that once I'm completely done with the weapons and the map.

The question is, what enemies should it be and who should be replaced?

Keep it coming, so far the mod is good.