Special thanks to M0tah for writing the installer, testing and valuable feedback: Steamcommunity.com

Greetings everyone! I'm proud to present the newest release of foxMod, a small pet project for Unreal Tournament III that aims to improve the game's AI while also adding hor+ FOV widescreen support and 4-player splitscreen support with enhanced gamepad control. Play UT on the couch with your friends! 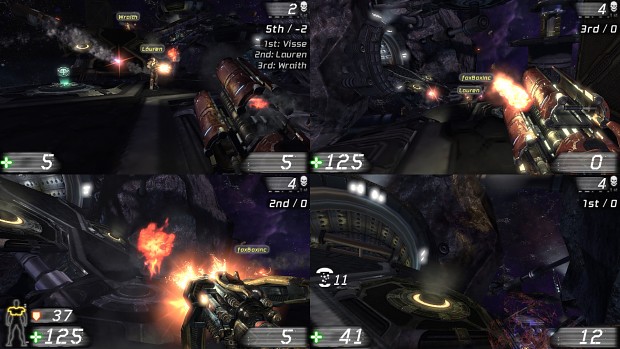 Some of the more noteworthy additions in this release include new risk-based pathfinding routines for the AI, which allows them to choose potentially longer, but safer routes when on route to an objective (such as running the flag) and make more effective use of level geometry as cover during combat. 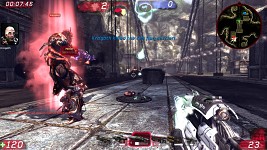 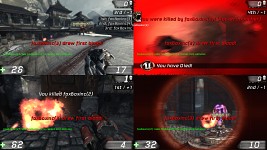 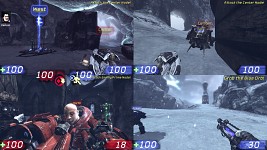 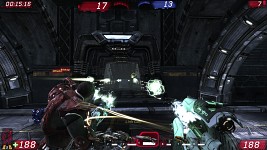 Also of note is a redesigned audio system for splitscreen that fixes all of the previous splitscreen audio issues, as well as improved campaign mutator support (no more console commands). Finally, full network play support and stability improvements across the board round out the release.

In light of the recent UT3 Steam Sale, here's some new work on a splitscreen / gamepad / FOV / AI support mod for the title. Also small rant on splitscreen...

Short post on the release of v0.4 and a blurb about UT3 AI work.

Post detailing soon-coming 0.4 release, along with a WIP changelog.

First test of foxMod for the PS3 version of UT3. Currently very beta and may not work!

That FOV fix doesnt do anything even when adding it via the mutators but then I also have splitscreen view on my screen. Wtf?

Awesome mod. What the AI can do now is truly jaw dropping. One thing though... The mod disables the kills sounds and they now only play on multi kills or reaching killing spree or more. Any way to make it so they play on every kill again?

excuse me, they could improve the screen split for windows 8.1, please talk to me in the following email rr808170-gmail.com to show it in more detail, serious the error and is that when the game is in full screen with 2 players or more, in offline the screen looks black, the simvolos of life and bullets look, but everything else in black, I can move and shoot everything is still heard, and when I put it in window everything is fine but with another resolution

I'm having the problem that after loading a map, no keystrokes are detected, nothing happens when I press a key on the keyboard or a mouse button. Only "Tab" is working and reacting to my keyboard, and mouse movement. When I plug in my Xbox 360 controller, it works as well. I'm not sure whether this is related to this mod, as I don't recall precisely when it first happened. Nevertheless, does anyone have a clue where this could be coming from? Thanks.

@foxBoxInc Is there any way to play splitscreen with mouse & keyboard for player 0 and an XBOX360 controller for player 1? Both mouse/keyboard and controller only work for player 0.

I second this...it is possible?

The Hor+ FOV scaling doesn't work. Widescreen resolutions still chop off the top and bottom parts of the screen.

Nevermind. Apparently you have to use mutators to activate the functions of the mod. I was under the impression that no mutators were necessary for the FOV fix, like in the mod author's foxWSFix for UT2004.

Awesome Mod! Near Perfect! If only more PC games would have splitscreen support.