Fog of war is a first person shooter that will focus on team work and strategy, it will hopefully have at least 5 army's but the idea is to have many teams contesting against each other so that you can choose which team you want to fight for and which team you want to fight against. This is hopefully going to be some what like Neo Tokyo in terms of strategy and actual shooting game play. You have to work together and work your way up rank however unlike neo Tokyo your weapons don reset each map instead you will gain ranks with in your army until you are awarded new guns which you can use to customize your weapon load-out similar to Team Fortress but a hell of a lot more weapons to choose from . P.S. Looking for a 3D Artist and Coder, please PM me with details, preferably some knowledge of the field however space for learning is of course acceptable.

I wanted to wait till the normal media release but I really wanted some of your ideas for future weapons, So with out further ado here are the first three grenades and two guns hope you like them. 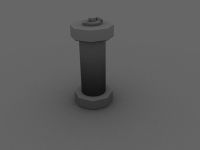 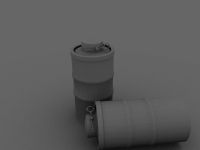 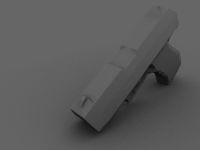 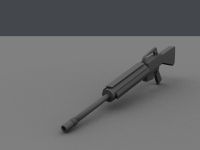 Also Ive been getting help from a friend of mine who is a much more proficient modeler than my self and am slowly nagging away at my other friend who is fairly capable at C++ all in all I look forward to next weeks media release and I think you will be intrested in the map I've been working on its quite odd, I'll give you the hint... Its called "board walks"

is this mod alive or dead (was hoping it would make it would be like mag.)

You shoulda think twice before talking about "Nazi symbols", the symbol for the European forces is the Iron Cross, an award for brave German soldiers, and it was there long time before the Nazis were there.

You might want to pick up a leaflet on that new thing called "punctuation" :P

Halabalabalabooo! I've decided to finally come on and check what you've got! Ummm yeah, everyone support this mod!

Good work, but you should use a bit more punctuation im your news/summary.
I.E: "usa" should be "U.S.A." or simply "USA"

ok thanks ill try to take it in to account

The european miltary confederation has a nazi symbol... Not that it dosen't look cool, but unfortunatley pretty much every country other than Germany despised that symbol >_<

Get your information right first, this is an Iron Cross, which is a 'classic' amongst German medals, given to brave soldiers, and it has nothing to do with nazis etc. it was there before.

I think that the nazi symbol that was more widely hated is the swastika (spelling?).