You have just escaped from a mental institution. You’re on the run. The sun is shining, the birds are singing. You are jumping happily from cloud to cloud. You know that the only way to freedom is by reaching the ship at the end of the level. A cute bunny is jumping towards you, blocking your path. By pushing a button the whole world flips around and shows its dark side. The bunny is now an evil nurse who is trying to stop you from getting away. You headbutt her, clearing your path. With a push of the button the world flips back and shows its light side again.

FLIPSIDE is a platform game that allows you to experience the world from two sides. Pick a side!

Please check our website www.playflipside.com for information about Team 3, FAQ and more.

Thanks for voting and helping FLIPSIDE on it's quest to become the 2022 Mod of the Year. You are now in with a chance to score some free games from our #modlove collection. Help this mod secure more votes by embedding the widget (or link) we have included below on your favorite sites.

It has been almost two weeks since FLIPSIDE was presented in public for the first time after a month of intensive development. With the creation of our new website we decided it was time to spread the word and share the joy of FLIPSIDE with the world.

In FLIPSIDE the player takes on the identity of a mental patient with extreme mood changes who is planning his escape from the insane asylum in which he is being held. The imaginary escape through the landscape surrounding the insane asylum will bring him to safety on the ship from the people who want to take him back to the asylum. 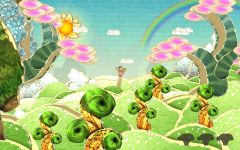 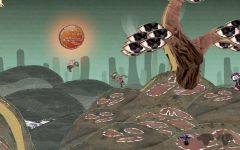 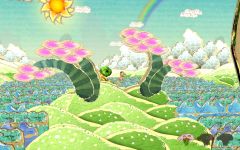 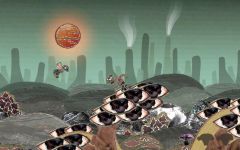 The escape takes place in a world put together from cardboard pieces and jumping jacks decorated with magazine cuttings, stickers and other. Those objects come alive in his mind as he fantasizes about the obstacles he will face and how to defeat them.

With FLIPSIDE we attempted to beat Source into submission in order to make real a game world that was designed to try something different from what we have become used to with most games out there.

Have fun playing the game and don't forget to visit the FLIPSIDE website at Flipside.thegame.googlepages.com

Total freedom can mean total failure for anyone starting down the path of becoming an independent developer. This article is an appended recollection...

A behind the scenes interview on the production of the Half-Life 2 mod Flipside.

Editor's Choice is here! See what Mod DB editors have picked as their most notable of 2007.

You have just escaped from a mental institution. You’re on the run. The sun is shining, the birds are singing. You are jumping happily from cloud to...

It's crazy how stuff like this could be achieved in HL2 engine. People were a lot creative back in 2006-2012. Nowadays there's not many people doing stuff for Source Engine and I haven't saw anything worthwhile for Source 2 either.

HOW IS THIS A HL2 MOD KEEP UP THE GOOD WORK

Flipside was my Mod of the Week! - Youtube.com

How the hell is this a half life 2 mod?

I'll try to check it out, it looks unique.

I'm absolutely amazed at how you've managed to get a 2.5-dimensional platformer out of a first person shooter engine, let alone one with such delectable mechanics. It's tragically unique -- I say tragic because since a big part of the game revolves around having to combat the enemies in order to get around them, having such HORRIBLE hit detection completely ruins the experience. It's far more frustrating than it has any need to be. I godmoded my way to the ending so I could witness all the material…