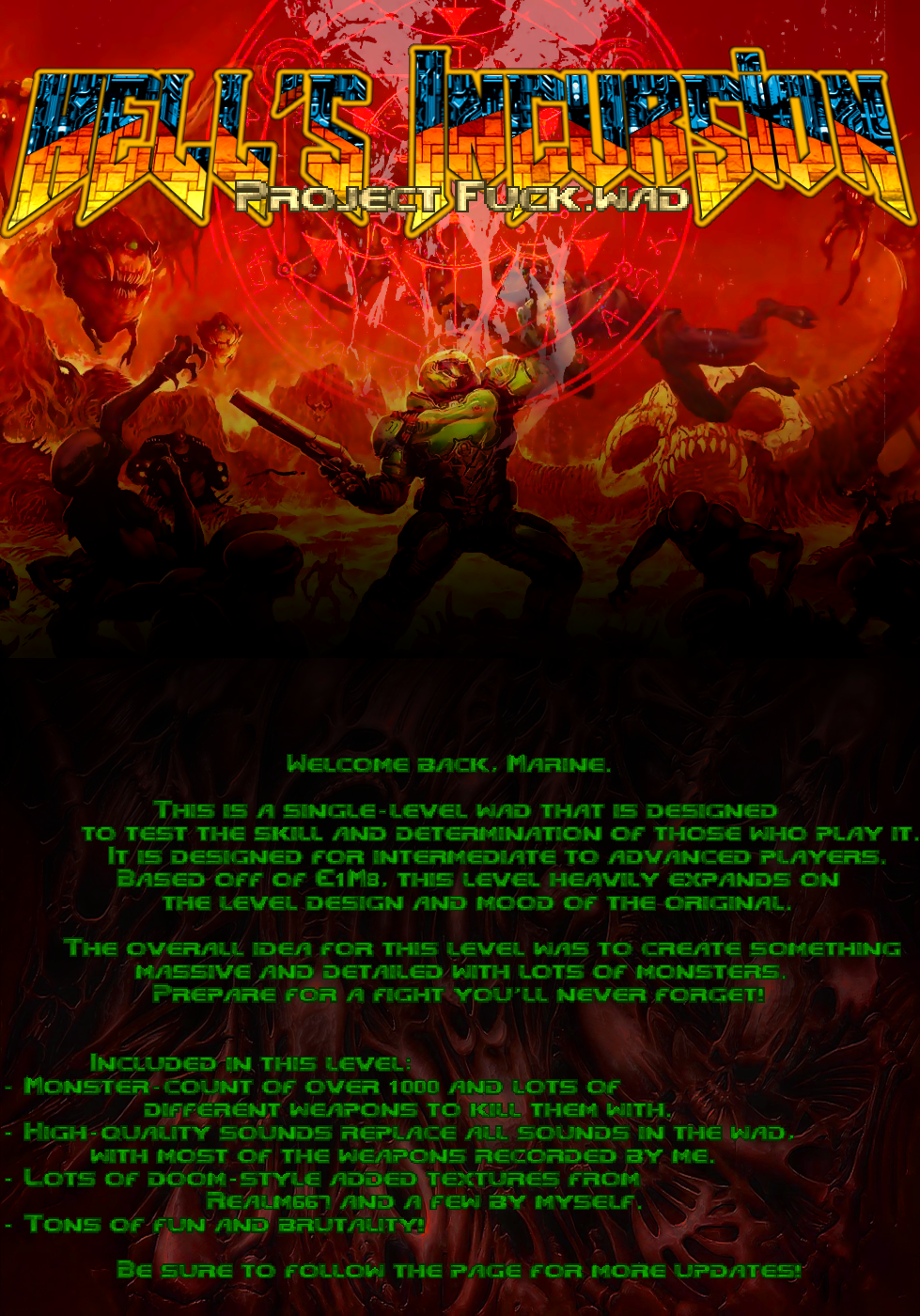 Thanks for voting and helping Hell's Incursion on it's quest to become the 2021 Mod of the Year. You are now in with a chance to score some free games from our #modlove collection. Help this mod secure more votes by embedding the widget (or link) we have included below on your favorite sites.

Certain areas of the map are undergoing redesign, such as the final arena and some parts of Hell. Other than that, I'm adding more texturing and details into the rest of the map.

I recently hosted a closed beta test for co-op on a TSPG Painkiller server and it went well, but it made me realize several things that I need to fix. I need to implement modern bridges instead of using the ancient self-referencing invisible floor to avoid multiplayer issues.

So where's the map?

For those who are wondering, this map is something I do in my free time when I feel like it. I want this map to be a work of art without any release date until I'm confident in its release. I've had a rather hectic life since I started the map back in 2015, and I'm just now feeling confident in working on it again. I'm the only person working on this, and I've been doing lots of other stuff in my free time as well.

So really, I apologize for not updating you guys in almost 2 and a half years. I've just been busy. The map will probably be done in the next year, but I'm not going to make any promises. I'll probably hold another beta test or two, so in order to hear about that, you should join the TSPG Discord server! Be sure to ping Regolith#5655 while you're in there so you can ask me personally, as I'm on there way more than I'm on here.

I've changed the music once again. However, this change includes music that I personally composed. I still have some work to do on it, but it's pretty much done.

This map still has a lot of work to be done, but the lion's share has been completed. There's not really a whole lot to say other than I've been working on this on and off the past two years since my last update. I apologize for such a long time between updates, I just haven't really had much to talk about since last time. I'll leave you guys with some screenshots.

I'm going to be talking about my current stage in mapping, what will happen in the post-mapping stage, and possible changes to the project in general.

This is the sound pack that is used in the wad. I figured I might as well upload it before I release the map in case anybody wanted to check it out. Give...

It's not finished yet.

this is some OG sh*t rit here! great job!

Nah this looks way too Professional to be a Terry WAD.

Fortunately no. I've slaved many hours into building and refining this level. Everyone's wait should be worth it.

I Bet it will, because this looks really good. :)