The Action take action during 2240-2289 when the Warrior destroyed
computer forces. And later he became the owner of BoS. In 2240 someone
took his place and declared himself the king. And you must make his dirty jobs, to kill the commonwealth leaders to get free.

As about the clans i can tell you 1 thing i am gonna list them:

№1: BOS Empire
They mainly use Gauss and laser weapons and the shiny brotherhood armors,
they are an oppressive nation with the Outsiders, and to become an
member (the citizenship) you must enroll the army like 2 years and
participate to bloody wars with the Commonwealth.

№2: The Commonwealth
They mainly use fire weapons like UZI and Miniguns but they also use energy
weapons but rarely, they are an good to anyone nation and to become a
citizen you must have an ID where you get by paying 1250 BOSScrips, this
nation is a prospering one, till the BOS coming into them. 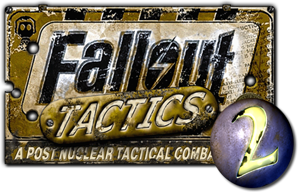 The story is changed.And is about what happened after FOT ending

was in his squad sacrificed his brain,so after that,the wasteland was

made a safer place.
The warrior declared himself king and

expanded to south,where he was killed by a poison made by one of his

generals.And that general declared himself a king to.
Then he

decided to have war with the commonwealth for over 5 years.Untill a

change everything.
Well this story got some of Van Buren features like the prisoner.

As about barnaky he was killed by the warrior.
Keep tuned i am working on a big vault map.

The story is changed.And is about what happened after FOT ending

is it still being worked on, completed, or discontinued?

Still working on it?

Good mod it should have more characters and dialogs

when do you guys think this will be out?
looks sick, i cant wait to play it.

Idk,i'm still developing and i'm awaiting the campaign map.
It will take a long time.

Actually almost done with the world map will send you it soon.