ET: Legacy is a modification of the free multiplayer first-person shooter Wolfenstein: Enemy Territory. After two decades of peace the world is burning again and it‘s time to choose sides. Battle it out to restore order in the world in this class-based first-person shooter that emphasizes teamwork and strategy over lone-wolf game play. Set at the West Front during World War II the player can choose from different classes to once and for all defeat the enemy in historically inspired battles.

The fifth version of the overhaul of Frostbite, by Moonkey has been released. 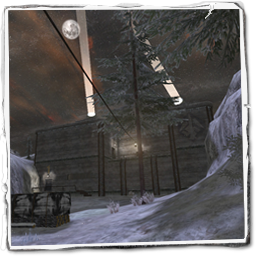 This game has seen many years go by and is yet loved by many. To properly honor this, the first map that has been overhauled as part of the ET: Legacy asset creation effort is Frostbite, by Moonkey, who of course still deserves all the credit for the original level-design. This version is merely a visual overhaul of one of the most popular maps this game has ever seen. This is the fifth version of this map for ET: Legacy.

A big thank you to Titeuf for filming the trailer.

A convoy is about to make a shipment of supplies that could bolster Axis resistance in the region. The Allies must steal the Supply Documents and radio them back to Allied Command so the convoy can be intercepted in time.

The mapfile is included.