Ethas: Embrace of Destiny is a modification for The Elder Scrolls V: Skyrim being developed by Justin Hardin and Elijah Houck, the team that brought you the mod Alton, Il. for Fallout 3. In Embrace of Destiny, you will explore the lands of Arelia and Virardan, two countries currently at war with each other. Your role starts you out as one of the five famous Captains of the Arelian Army. Choices will be made, and sides will be chosen. The only question that remains, is, will you become the hero, or the villain?


Ethas will bring the player to a huge new world to explore, and lets the player choose at any time whether to play Skyrim or Ethas. Whether it be the the sweeping valleys, lush forests, or harsh, volcanic wasteland, Ethas will immerse the player in an experience rare to the modding community. Ethas will of course be free for all to download, and is planned for release on both Steam and various other modding communities.


Elijah Houck and Justin Hardin, the creators of Ethas, are certainly an experienced duo. In 2009, Elijah started development on Alton, IL for Fallout 3, which took players to his hometown in a world over twice the size of Point Lookout. Elijah would continue work on Alton for almost three years, finally releasing the mod on October 27th, 2011. Alton was (and currently still is) the largest mod for Fallout 3, and won File of the Month on Fallout3Nexus for the month of October. It wasn't only Elijah that brought Alton to the masses, however. Justin Hardin was essential to the project, creating amazing trailer and in-game music and sounds, brilliant voiceovers, meshes, textures, and even finally getting the GECK to generate LOD meshes for Alton (which is usually unheard of for such a large world).


With this experience under their belt and Alton completed, Justin and Elijah looked forward to Bethesda's next title, The Elder Scrolls V: Skyrim. Having started work on Ethas's story in July of 2011, they were well prepared for the release of Skyrim's editing tools. After the Creation Kit released in February, the pair soon looked towards the future, wanting to expand the team.


They found no shortage of talented individuals, with Andreas Stavaas joining the team as a level designer and world artist, having previously worked on titles such as Black Mesa: Source and Nehrim: At Fate's Edge. Not long afterwards, Kevin Saade Eriksen, a former develoepr of Tales of Middle Earth: Siege of Skyrim, joined the team, bringing with him his impressive modeling and texturing skills.


With a team of such incredibly talented individuals working towards a common, ambitious goal, the team looks excitedly
towards the future, dedicated to creating a world, a story, and a cast that the community will come to love!

Usually by this time, we probably would have had another summer update ready for you. However, most of the time since we released our walk-through video back in February has been spent on world and level design, and creating the areas that we needed to in order to realize the world of Ethas. This includes working on new architectural models (which I plan to show off at a later date when it's all ready!), designing our different regions, and more in depth things such as leveled lists to populate said areas with enemies for you to face. Since this has been the case, there has been very little work on quest design or implementing anything regarding quests in Ethas. However, though we don't have much new things to show you just yet, I do have a few pics to share showing some of the areas we've been designing.

The first is of an old abandoned fort known as Sailors Watch, located on the western coast of Arelia: 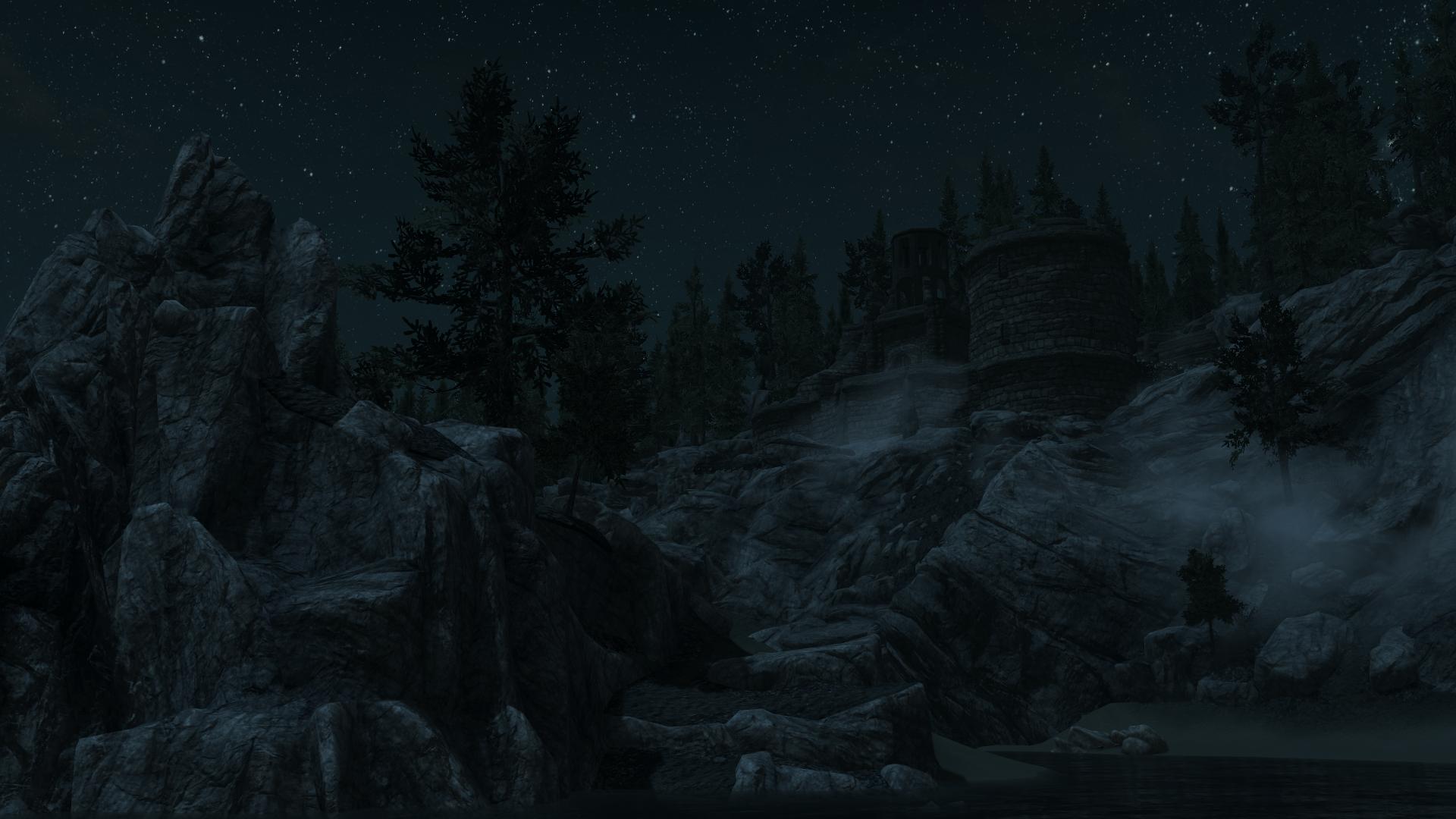 The second shows a small cavern with hidden treasure: 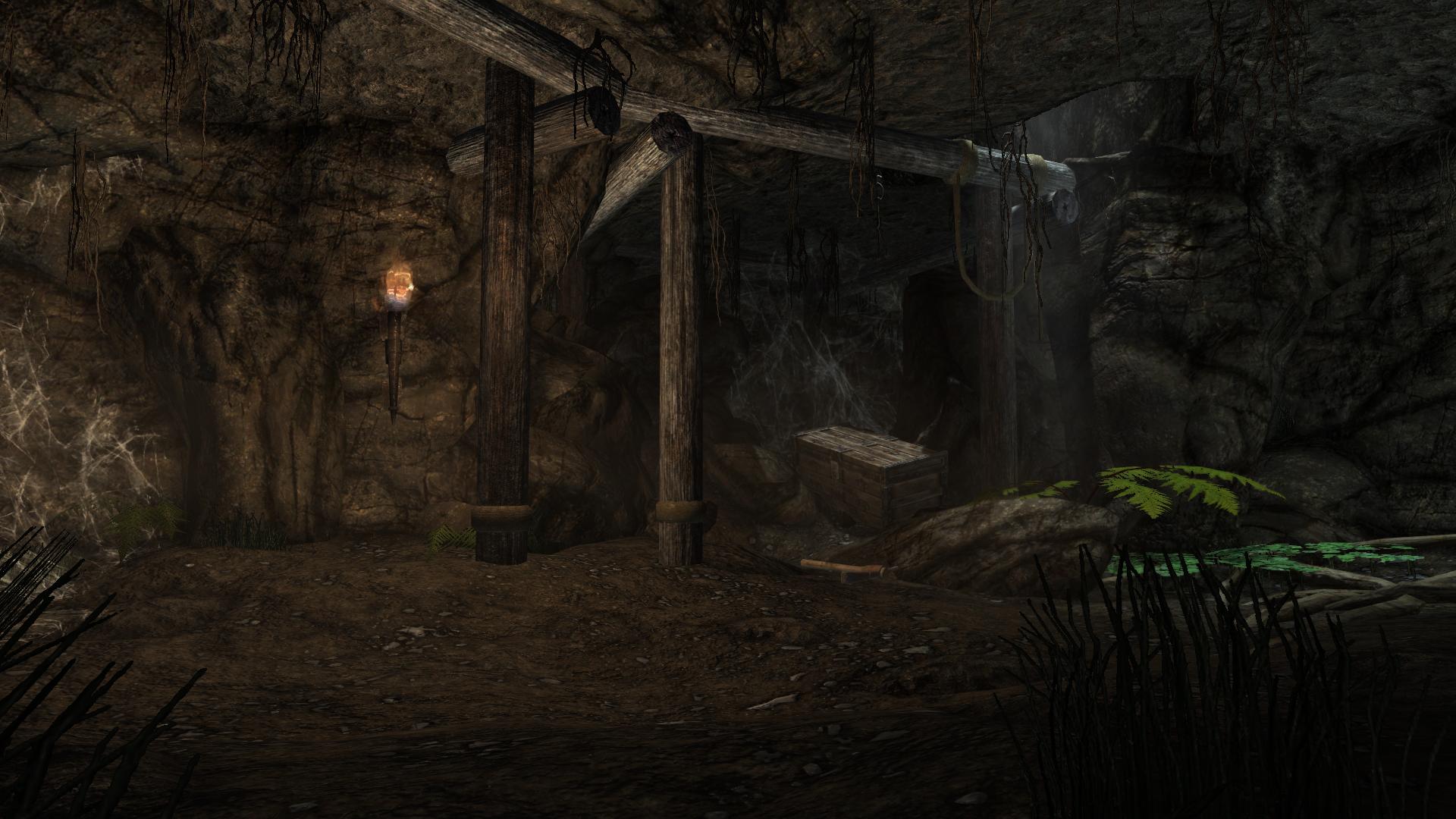 You may have also seen Elijah's article recently, and know that he recently stepped down from being Ethas' main world designer. Since Eli was big part of the project, progress has been fairly slow for the past month. However, we're looking for some talented people to come help out on the project, and get the project back up to speed. Some of the things we're looking for:

If you feel like you can help us out in any of these areas, feel free to contact us at ethasproject@gmail.com and please link anything showcasing your abilities, such as mods you've created, pictures, or anything else you can think of! If you're unable to work on the project essentially “full-time”, and only have a few hours or so a week to help out, don't let that keep you from contacting us. Any help you're able to give will help in the long run, and will be absolutely appreciated.

Last, but not least, I just want to give a final thank you to Elijah. From helping out on your mod Alton, Illinois for Fallout 3, to our full on collaboration with Ethas, it has been a blast working with you. Sad to see you go, and you will surely be missed on the team. Though, I'm pretty sure I had already fired you a couple hundred times already.

Stay tuned for more news in the future, as we hope to show off some newer things in the next update!

An important announcement regarding a changeup in our team.

I've got some big news to share! And it's good news, I promise.

We're looking for a talented level designer to join our small, but experienced team.

Today we walk through "Spy in the Midst", one of the first quests in Ethas's main quest.

When will it be finished?

Why where none of these scrapped overhauls ever released as resources?

So let's just say I know someone who worked previously on this mod. According to him, Elijah is now working at Rockstar Games.

I think its safe to say this mod is dead, unless Elijah refutes this.

Lulz at this comment. You make it sound like its some big secret that he is working he is working at rockstar. He posted this on the alton, il mod page like 3 years ago.

Whether the mod is dead or not dunnno but this comment comes off too ******* funny. Good job detective!

Do we know this for sure? I certainly hope not.

no no, I just typed what I was thinking..but yeah I'm with you on the hoping its not dead haha...gosh, it would be such a shame.

Haha, youre telling me. I'm doing voiceover as Marelus for the game, and I would be pretty bummed if it was cancelled.