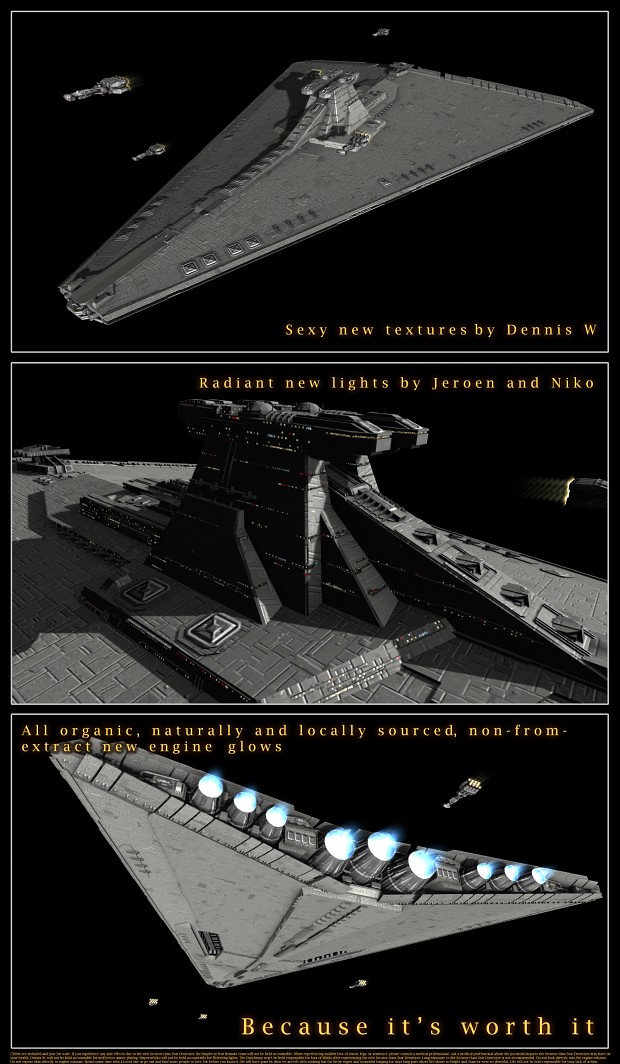 After some trials and tribulations the new rig for the Secutor-class is finally finished! Including new lights, new engine glows and a brand new texture.

Lots of stuff happening right now such as the rerigging and coding of the new starbases, which is a lot of work for not a lot to show, hence the recent silence. Lots more under-the-hood work is being done such as the new skirmish starbases and GC mechanics. Updates are mostly given on the livestream, and sometimes the discord server. I don't like to show off stuff that's not done (and a ton stuff is not done) but there's a lot in progress atm.