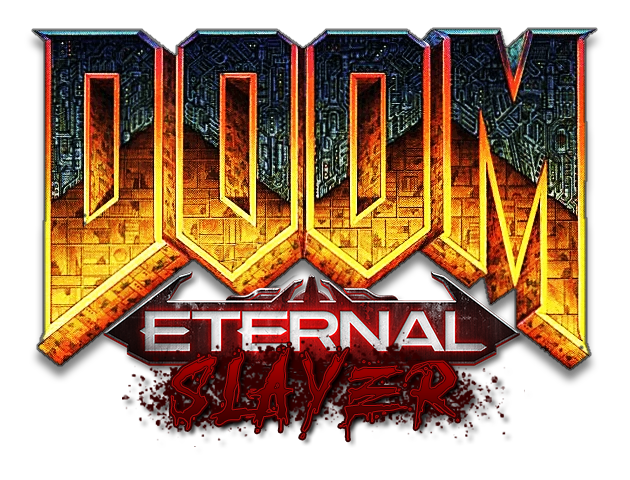 This is the new gameplay never seen in the classic Doom. Completly 3D player model with cool animations to hack n' slash the monsters in many ways, adding an exclusive experience for doom players that will taste the best of the gameplays in the doom modding community.

This is the early version of the mod, this mod will contain 3 melee weapons and the the original weapons from Doom II, but in the new styled way.
So, practicaly this is the base of the mod. Also, will contain an exclusive boss fight with the marauder and icon of sin. But will take some time to release it.

This is only tested with GzDoom 4.3.3, if someone already tested with LzDoom please let me know how does it run.

Crucible:
An artifact from Argent D'Nur which wields mysterious control over the Argent energy reserves of Hell, capable of shutting down-and apparently reactivating-the source of that energy known as the Well.

Charged Attack: Hold A1 and release

Charged Attack: Hold A1 and release

UAC EMG:
It is a small directed energy weapon based on plasma gel - called energy-matter-gel. Four megawatts of Argent energy are compressed into a kinetic slug.

Appears to be of Earthly design, the meat hook is composed of metals not native to Earth, suggesting it may have been made on another world.

If you liked the first impression of this mod, i would be grateful if you support me with this mod
to finish and release it as soon as possible with the new weapons.

Tested with GzDoom 4.3.3 and LzDoom 3.85 This is the new gameplay never seen in the classic Doom. Completly 3D player model with cool animations to hack...

Hey, are you gonna update this mod? Cause, on LZDoom, at least for me, it runs not very smooth. I mean, when i do a single sword hit, then it is fine, and i kill enemies and stuff, but when i'm starting to do combos, the game starts to lag like hell. And even the shots with the pistol or shotgun after that will do some lags. Also, the third person camera view is kinda jerky. I mean, when i spin the camera left or right, or even up or down, it starting to shake and jerk like under vibration or something. So yeah, fixing all that stuff would be nice.

this is just a mod of Doom Fighters... oh well

ok so credit where credit is due. This mod is pretty kickass fantastic! great attack animations, you really do feel like Doomslayer on a rage.

I just wish that there was a way to play in first person, or the "3D" Doomslayer model was "2D" to aesthetically fit in with the Doom 2 style.

I just find it jarring seeing 3D models along 2D sprites, which i understand is my subjective preference.
Not that i expect anyone to "downgrade" these 3D models & animations into their stylized aesthetic counterparts of OG doom sprites.

Its just that it would be so much more immersive without the clashing of styles.

I am enjoying laying this mod but the Slayer isn't showing up on my screen but this might be because of my options in GZDOOM because I've set it to be more like classic DOOM. One complain I have is the aiming mode, I think the movement slowdown is too much and when I stop aiming it keeps the slowdown when reloading the Super Shotgun. Despite that, I really enjoyed this mod and I wanna keep looking for more updates.

Don't you dare say it!
Jackpot!

Can you send me a video of how to download it for cell or pc?. Thanks