Thanks for voting and helping Demented Evil on it's quest to become the 2022 Mod of the Year. You are now in with a chance to score some free games from our #modlove collection. Help this mod secure more votes by embedding the widget (or link) we have included below on your favorite sites.

The World Of Magic

One of the alternate starts - Warrior

Starting as a Warrior means that you love figting and adventures instead of long dialogues and hard choices.

I am trying my best, as a level designer, to make this beginning look more cinematic-like and action-based. Let me tell you a bit of a Warrior`s plotline.

You start as a great warrior. All your life you`ve searched worthy opponents to fight with, but even the best fighters couldnt stand against you. In your endless journey you`ve met a horrified man who told you that far away in the mountains there is a monster so powerful that no man on this earth can defeat it, thriving on an old village`s inhabitants. He begged you to end the doom of these lands, which he barely escaped.

You never believed in monsters, but there was something in this man`s eyes. Without a doubt, he had seen horryfying things that had filled him with fear for the rest of his life. You had decided to go to this village and kill the beast... or die fighting with it.

After a long journey you had finally reached your target, but the villagers know nothing about the monster you seek. Even more, they are organizing a feast, but nobody can tell you what exactly is he celebrating...

There are some pictures of the village. I tried to make it look like tibetian-style.

[The screenshots are WIP]

It has three districts:
1) Market area, which is the first place visited by a player. 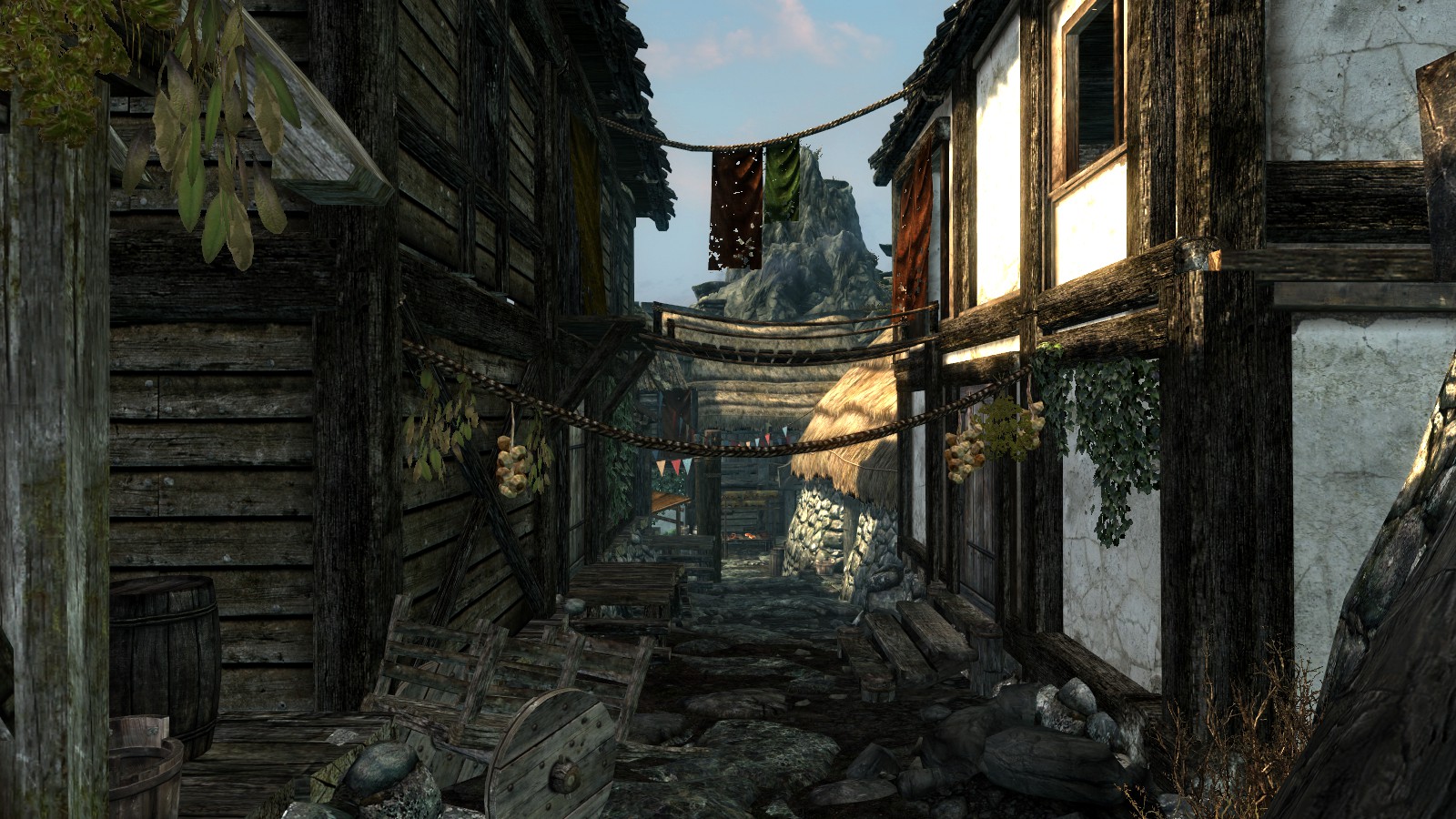 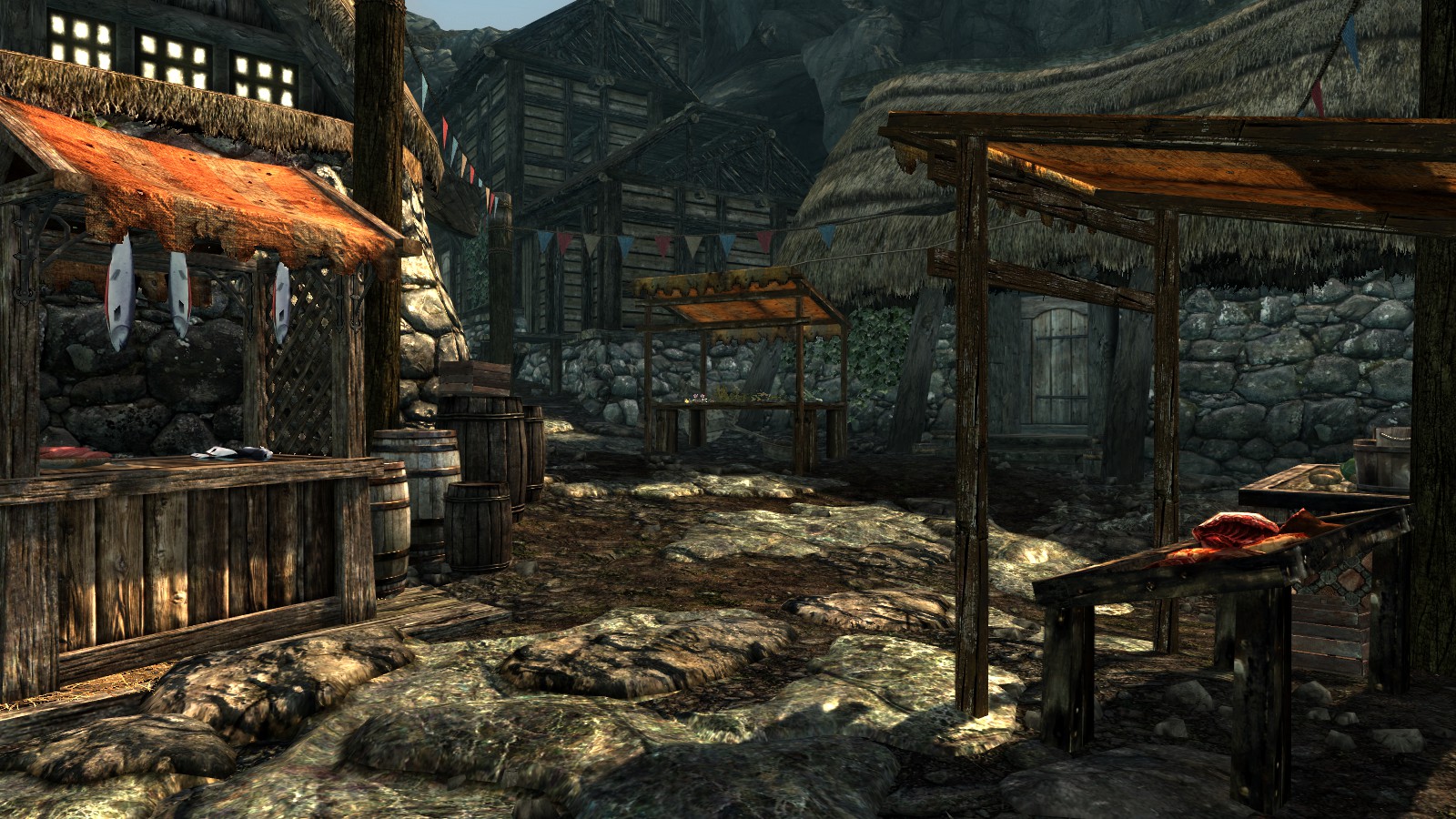 2) Temple area. The whole village was built around the ancient sanctuary, and it is forbidden for strangers to pass through the temple gate. 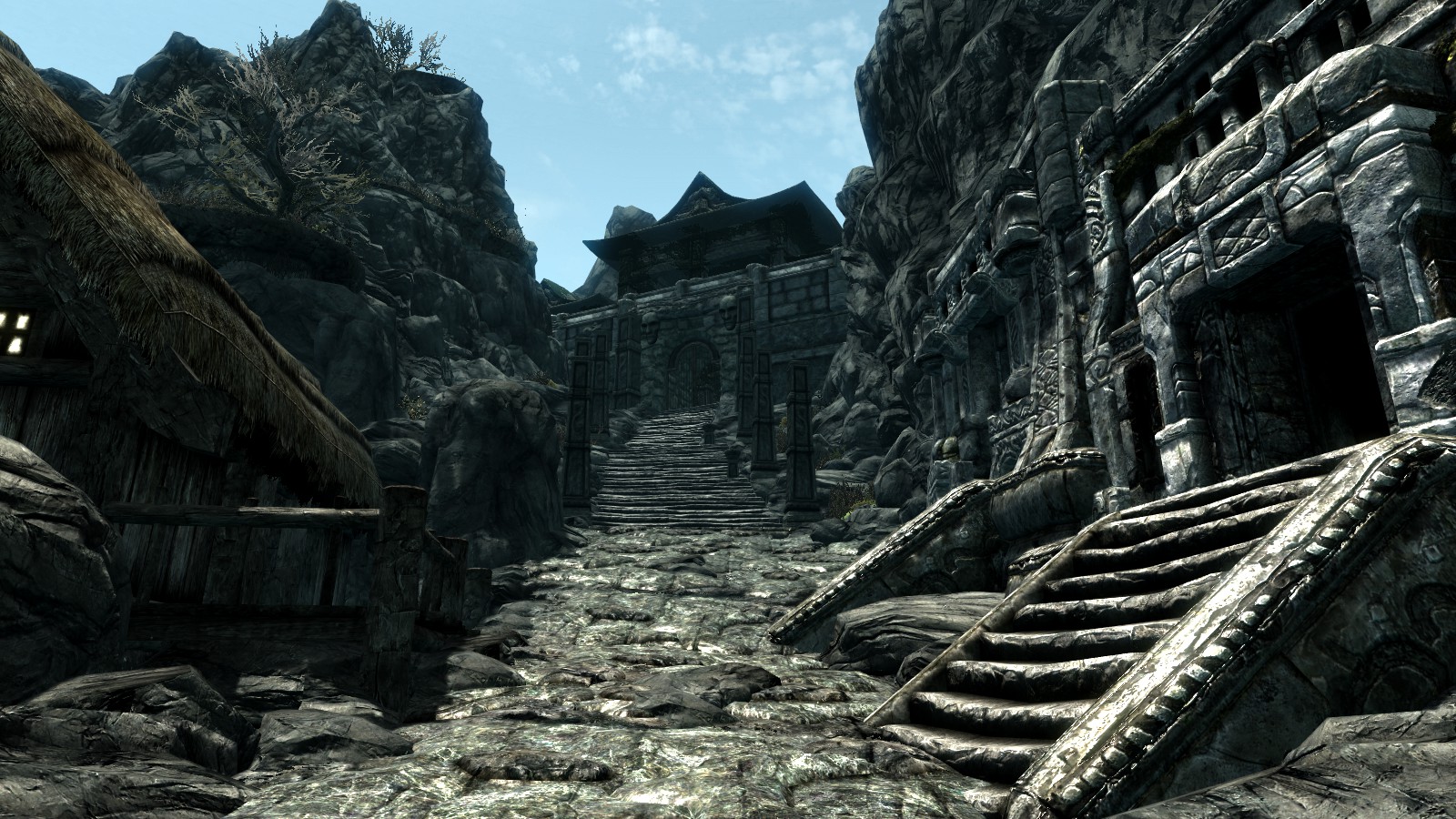 3) Slum. This place was built chaotically, houses clinging to the rock and rising on the top of each other. People live very poor in this area. 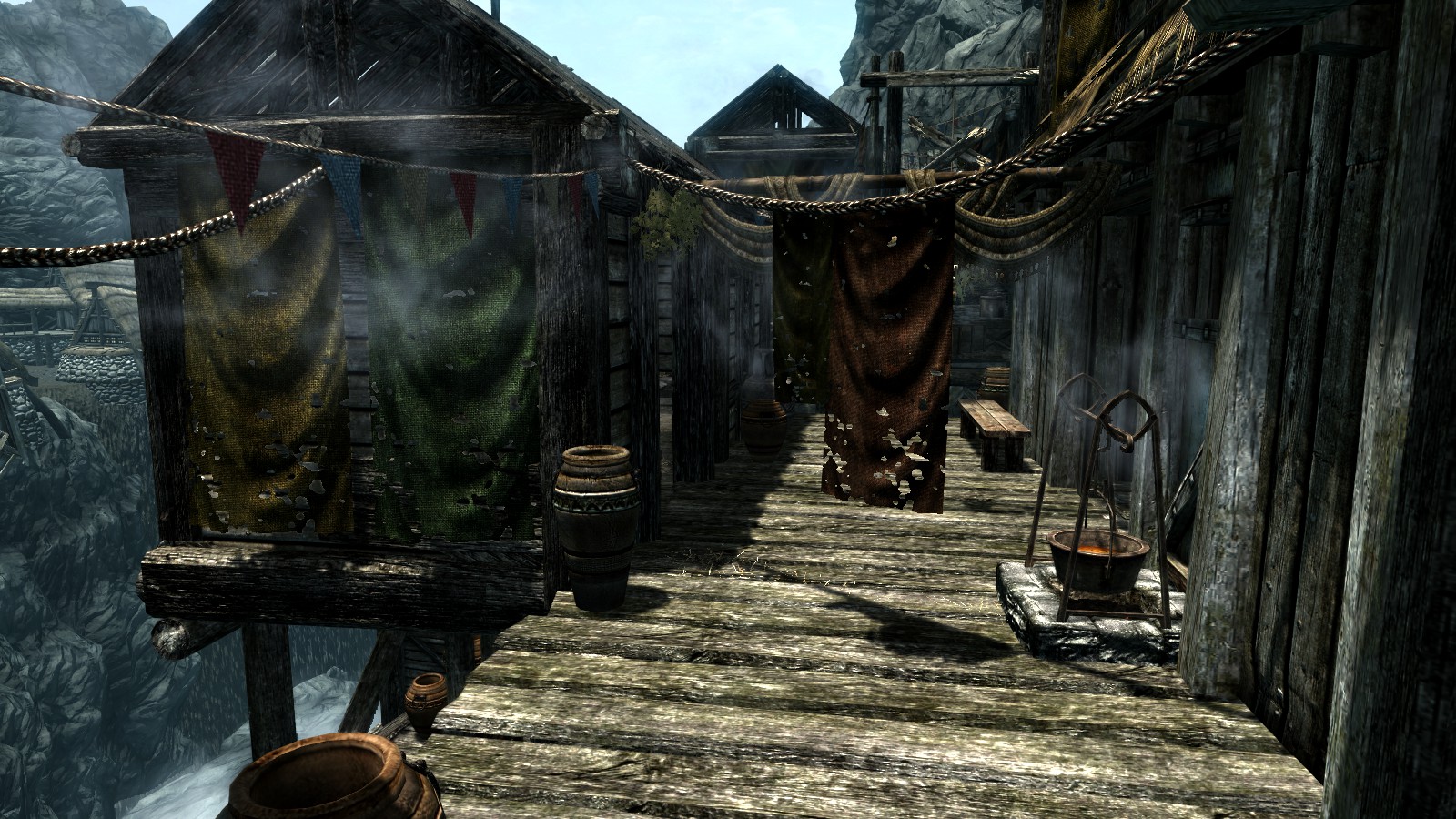 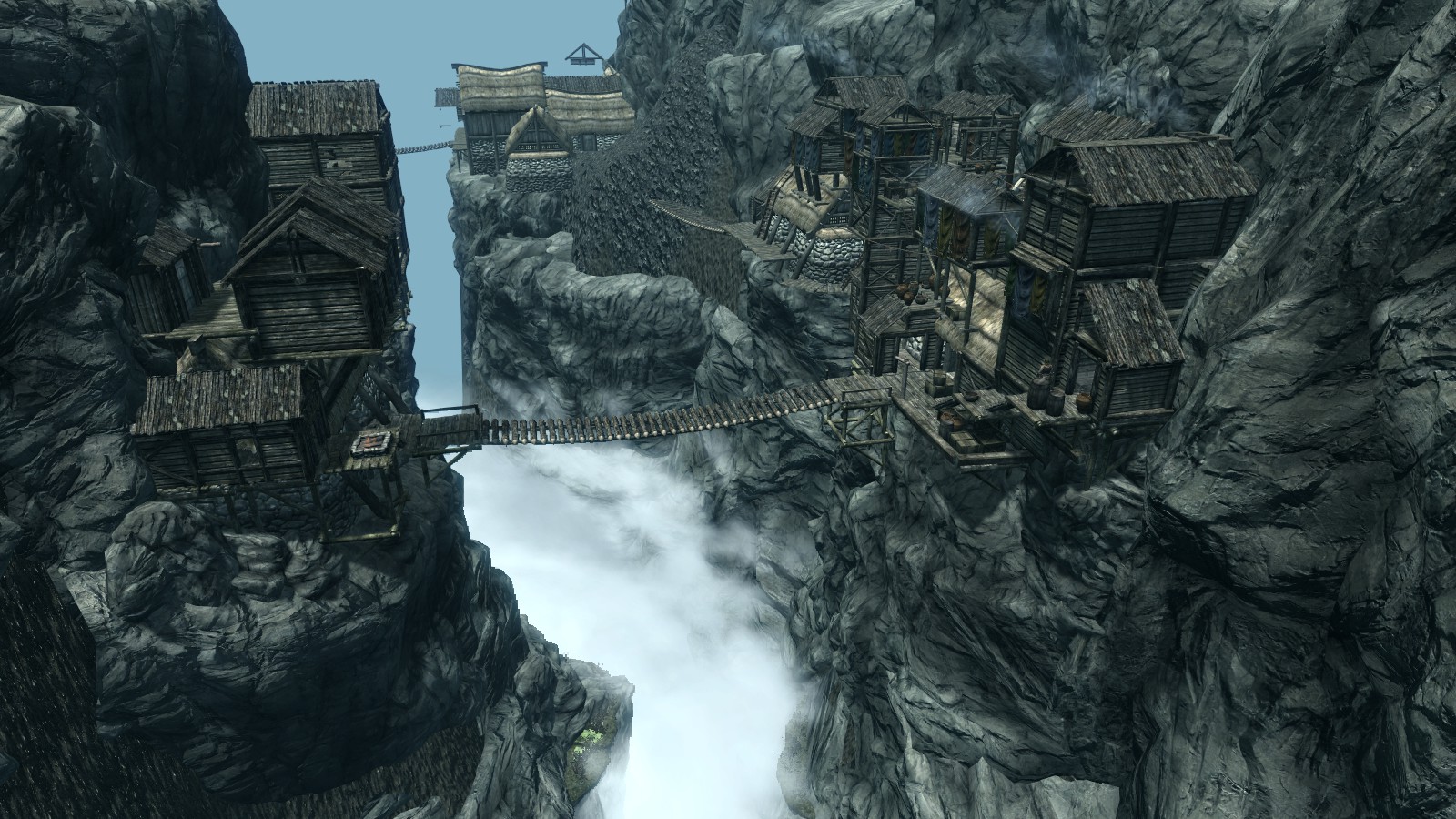 And another overview of the village: 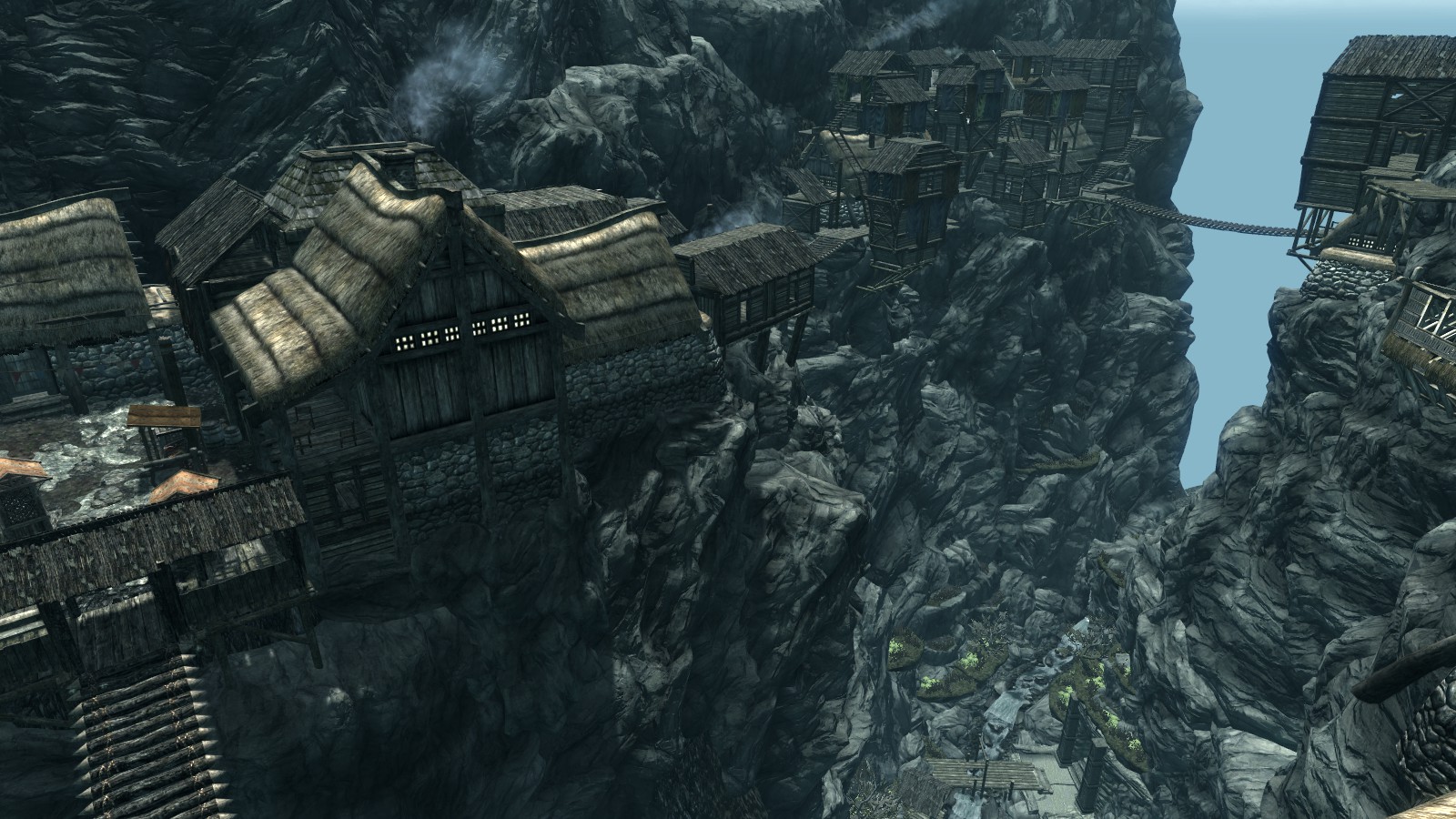 Hope you liked it :) I gonna make this area very interesting to explore and reveal its dark secrets.
Have found some interesting possibilites to improve the game flow. Keep tracking and when I`ll bring them to life, I totally gonna make some nice posts.

Thanks for watching and see you next time!
XMercury.

First teaser of the mod

Finally the teaser is ready! Subscribe to our page to get all the newest information about our mod.

One of the alternate starts

In this article we will be talking about the beginning of the mod. Now we`re making a prisoner part and there is some story and location screenshots.

The mod swiches to horror

Due to many reasons, I can`t continue working on Bear Island project. But all the work that has been made is not lost, all the island would be just changed...

Today I`m telling you about Greycliff village, where the final battle with wildlings will be taking place. Here is some lore of this place and a bunch...

I've been waiting for a mod like this for a while. I usually get mods from Nexus, or Steam are you going to post it on one of those 2?
I support authors on as much as I can, and where ever I can. I've been a member of The Imperial Library for almost 6 years now, and I'm look'n forward to playing this one. I'm also an in-game photographer, if you need some in-game shots, HIT ME UP! I'm running a HEAVILY MODIFIED ALIENWARE ASM i7 with a Full Custom NVIDIA OPTIMIZED GRAPHIX SYSTEM. Trust me when I say This BEAST makes SKYRIM not just look amazing, but, it will allow you to feel the harsh cold air slicing through you armor, as if it were a Razor-Sharp Blade. The MSI Combustor and MSI Afterburner are handy tools for a task such as this.

If the storyline will be as beautifull as the landscapes this mod will rock !!!

When will it come out then?

landscaping and all interiors approximately in a year
after that I`ll work on quests and scenes. Maybe at that stage I will need some other people to help me

Thanks for replying, so this mod's landscaping and interiors will be finished by August 2015?

Awsome looking so far cant wait to see what it looks like when you are done. Great job Land scape is beautiful

Good work indeed!
I think it would be nice to post an image showing the map of the worldspace so we can have a better idea of the world and it's size.