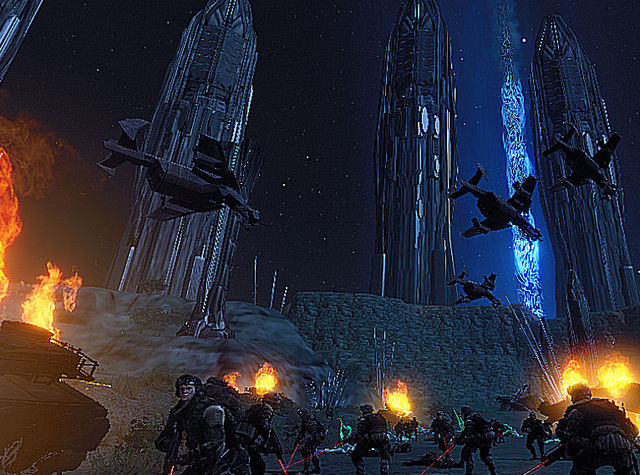 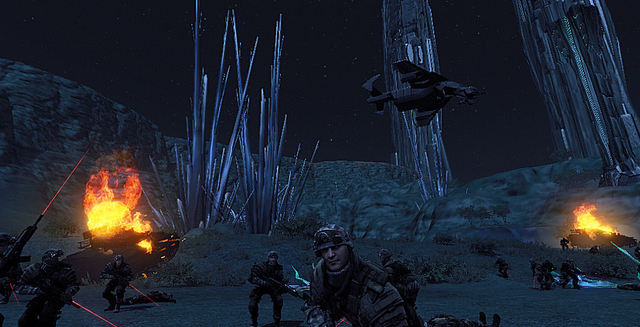 Crygate is a mod based on stargate, but unrelated
With the series, perso history etc.
The mod is still a key element in the series
As the gate or space craft landowners
Crygate is a strange and dark universe
And fantasy, was a blend of science fiction and
Fantasy of each character has a story
The missions are very intense and change every time
Environment

The story begins around 2021
The orca a war that lasted more than 15 years this ends
Thanks to the human, but unfortunately
Many people lost their lives during that battle
Or years later after having restored order humans
Is rebuilding
And a new colonial government is created to save the human race
The FCNU (colonial federation nation unies) regrouping several countries china USA
France germany Russia angletèrre
May time after the war their Mangement topics that pansait have vincue
Massacred all of the human colony
The geurre recomansa but this time the regulator could be the end of the human race
Moin has found a weapon of which meterait end to this war

The team will have saved umanité

Thanks for voting and helping Crygate on it's quest to become the 2020 Mod of the Year. You are now in with a chance to score some free games from our #modlove collection. Help this mod secure more votes by embedding the widget (or link) we have included below on your favorite sites.

looks cool
do we hav to find any ZPMs xD

pls continue to work on this mod

this mod looks awesome but is it dead? :(

I love this mod. I hope it pulls all the way through. :)

Sweet! Can't wait for this to get finished

wow this looks pretty cool. crysis graphics are beautiful and stargate rocks so go figure. I'll be watching this ;)

Please, just do me this favor and add in a Swedish flag and a Polish one would ya? :P