2015 was truely was a year of detail improvements in Crossfire. After the release of the first beta version at the end of 2014 we got lots of player feedbacks and could observe how the Mod performs in our online environment. The step... or probably we should say the huge jump from Crossfire 1.9 to version 2.0 adressed many wishes and suggestions of our community at the SWAT Portal. Next to that we also wanted to redesign the complete Mod in order to look stunning and feel amazing.

2015 was truely was a year of detail improvements in Crossfire. After the release of the first beta version at the end of 2014 we got lots of player feedbacks and could observe how the Mod performs in our online environment.


The step... or probably we should say the huge jump from Crossfire 1.9 to version 2.0 adressed many wishes and suggestions of our community at the SWAT Portal. Next to that we also wanted to redesign the complete Mod in order to look stunning and feel amazing. Large parts of the storyline, known from Crossfire 1.9, got redesigned in order to allow a more dynamic Singleplayer experience. We also had new story missions on our agenda, as we clearly wanted to finish the main storyline of the Crossfire mod with version 2.0.


Crossfire 2.0 turned out to be a huge success. The amount of people which took part in beta testing was truely impressive and the feedback we got allowed us to improve the Mod even further.


In October 2015 we finally decided to re-release Crossfire 2.0 as full version that contains all fixes and improvements. Additionally the full release also contained new content such as new ships and new story missions. We also have considered this new release as a proof of concept to show how an upcoming feature might work: Community Content (but more about this later).


Since October we have kept focusing on online content. In particular we were working on the improved Clan support and various improvements to the automatic Roleplay system. For several weeks meanwhile the modular Clan Bases are being beta tested by one of our Server clans and we are almost done with the work. Another feature that soon can be used by our players.

Getting the Community involved in the development of the Mod always was one of our highest goals.
With Crossfire 2.0 we included specific markers into the main storyline which allows us and the community members to develop and include own story missions that then can be shared with the community. With the release of the early beta version back in 2014 we included the first of these so called Bonus missions, which represent small side stories which have no direct influence on the main story.
In October 2015 we then released a 2nd Bonus mission, which continues the story arc that was started with the first Bonus mission. Step by step new singleplayer content will be created this way and everyone is invited to help giving these new missions their shape.
In 2016 we will create and active developer team for these kinds of Missions.

As already written above we have spend the past few weeks with the final development of our modular Clan Stations.
What is that?
While Clan stations are meanwhile nothing new in Freelancer anymore we have decided to make a different approach on this topic. We wanted our stations to look amazing and we wanted our players to truely experience how dynamic it can be to construct and upgrade an own station.
Players can upgrade stations and build new modules which really get added to the station as external components and also internal rooms. Each module has its unique look and its unique purpose... starting with a simple flight deck and then later constructing a bar, a ship dealer, mooring ports, factories, cargo modules, shield generators and even defense platforms. Each station module grants access to new features, special items and very special ships.
Constructing Stations of course requires teamwork and is a great motivation joining forces in order to achieve something outstanding in Freelancer.

The Conquest System is something we have planned for 2016.
Personally i don't want to reveil to much about it, but at this point I can tell that it is going to be war-like scenario (similar to the ASF vs CSF) which connects multiple key features of Crossfire with each other. The Conquest system involves a territory based system of influence for Clans which will be linked with the construction and upgrades of Clan Stations. It also will have influence on the already active automatic Roleplay system.
2016 truely will be great for Freelancer online gameplay.

Please vote for Crossfire 2.0 and support our hard work at the annual Mod Awards 2015.
Click on the "vote" button at the top of this page and support us and our future projects this way. 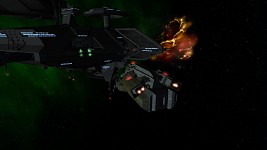 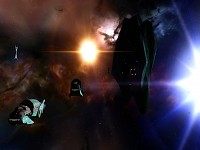 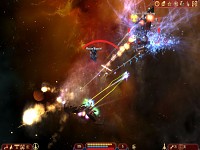 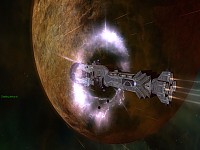 I also play still the freelancer it is my favo game but i have reinstall it but the problem i have i can play as individuel but when i want to play online but it ain't work what must i do. I have version of freelancer what is release in 2003 but upgrading to Freelancer 2.0 is not working what can i do.

I highly doubt that you will find active servers based on the original game. Installing the mod also gives you access to the server.