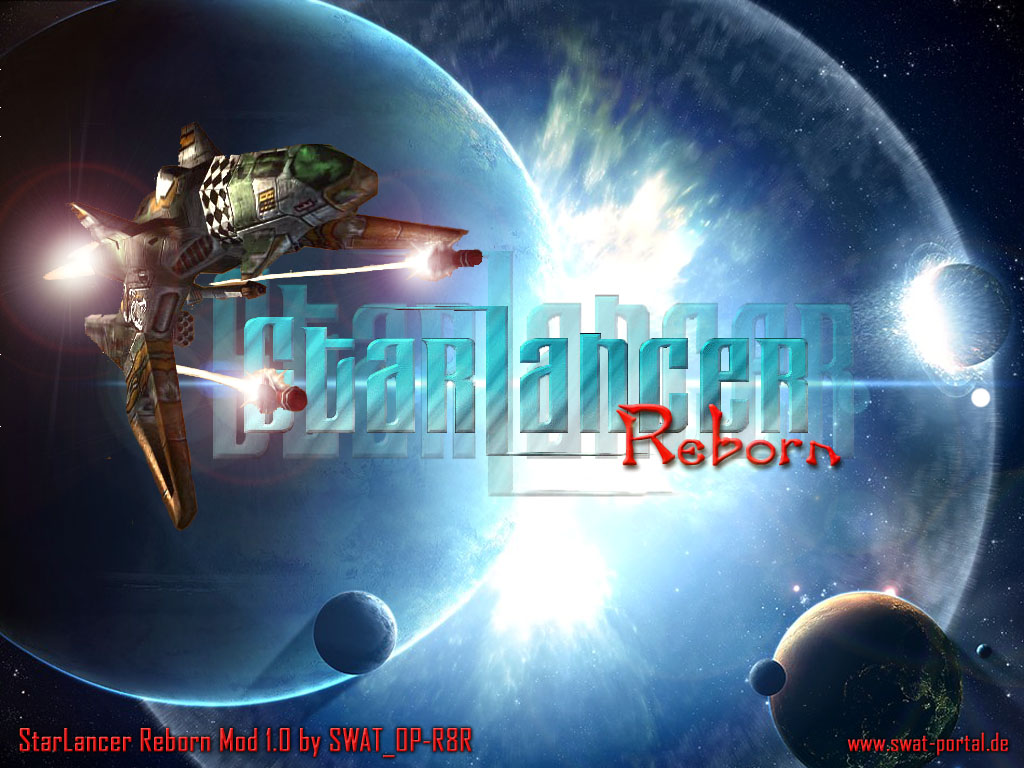 Starlancer Reborn originally was a personal dream of reviving my favorite game with the help of a new engine. This mod is based on the Freelancer prequel called Starlancer.


Other than the already existing mods Starlancer Reborn is designed to introduce a new concept of gameplay. The mod is playable in multiplayer only and the player has to join one of two factions, the western alliance or the eastern coalition. Once choosen the player has to fight for this faction in a sector based grid of the sol system. The ultimate task is to gain the domination over the entire system.

Teamplay, roleplay, tactics and massive fights... thats what makes this mod extremly interesting for players that love to fight.

This mod belongs to the long term modding projects as its exclusivly developed by me alone (OP-R8R). Since other projects of the SWAT development group are also based on Starlancer every development there also pushes the Starlancer: Reborn mod. Meanwhile I can say that most ships, stations and graphical work is finished while only the creation of system sectors is waiting to get finshed. So we are not that close from a release. Maybe even in 2009.

Since this project is very much different from all other Freelancer mods the structure of the entire mod is also different.

The ownership of the systems is getting calculated with a server sided tool that already is being used on the Crossfire server. The Robotic Referee System (RRS). Depending on the success of the fights the systems change the ownership and the loosing faction has to win the system back in order to use the stations and facilities of that system.

Together with many tactical elements this is a mix of RP and PVP where the players are forced to act.

Just about a week ago I announced another update that I want to release end of December 2016 or beginning Janurary 2017 (depending on how fast I can finish...

2015 was truely was a year of detail improvements in Crossfire. After the release of the first beta version at the end of 2014 we got lots of player feedbacks...

The 2009 Mod of the Year Awards is up and running. For the past few years Crossfire has reached the Top 100. We would like to thank you all for your kind...

We expect to be able to release this mod in 4th q 2009. Based on the development we did with other mods we are in a very good state of the development...

This looks wonderful. I just need to find my original copy. ^_^

Is this mod dead? I've been watching it since the beginning of 2011, and I'm still excited for it!

a single player for this ? starlancer doesn`t start on my pc :( and i wanted to play it `cause i like freelancer a lot and i was hoping to play it`s predecesor

its been several months since new year. Cant wait for it!!

Did I die and go to heaven?

This is something I've wanted for so long! I was always mad that the Eastern Coalition took over Sol. Now I can get revenge and rewrite history. Once this comes out, I am downloading it, joining the Western Alliance, and kicking some Coalition butt!

I'm guessing this is what delayed the Crossfire Mod release date by a whole year?