Complete No-CD game installation pack of C&C Gold v1.06c r3, without videos, with all music included. Videos can be found separately in the downloads section. Updated with CnCNet 5 on 07/02/2017. 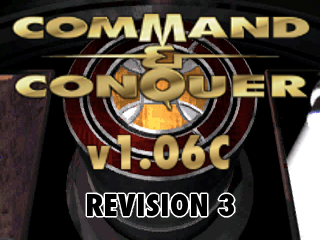 Just a note for people looking at this comment later: the video packs are in the downloads here on ModDB now :)

Hey Nyerguds. Awesome work on the Command & Conquer Patch. I know that you're just mostly a specialist with the original C & C and Red Alert, but have you ever thought about learning and branching out more in the Command and Conquer universe and doing more things with other C & C games? Also, by the way, a suggestion to the original Command & Conquer patch and to Red Alert that you also work on. The high-resolution patch was a good start, but the graphics bug is a pain in the ***. A lot of computer screens are now in HD, and a lot of TVs are now having PC hookups to run in HD, so I was wondering if somewhere down the line, could you work on a better enhanced version of the high resolution patch and make it so C & C works better in HD? Also, I would like that same suggestion possibly worked on with Red Alert down the road as well. I look forward to hearing back from you, Nyerguds. My girlfriend and I say keep up the good work.

Honestly, the graphics bugs are really minor if you just clear the screen by opening the main menu... as the FAQ says.

As for RA, other people are already working on that.

And just because you CAN run C&C in 1080x1200 now, doesn't mean you SHOULD; the maximum possible size of the game's maps is smaller than that. I did the free resolution control mostly to accommodate laptops with irregular screen resolutions. Playing in resolutions higher than 1024 is defnitely not advised.

hey has anyone knows how to play multiplayer?..im kinda alone....can someone help?

I advise you to check out Cncnet.org

Nyerguds, aren't you going to provide a separate all-in-one download link for all C&C movies from this website (or your website) instead of looking for it in the file index?

Well, the video packs have been added since this question, lol :3

No one should forget old games.
Thanks Nyerguds.

Hello,
Great job !I am happy to be able play this game again after long time.
I just have one issue while playing. If someone could help me to fix it would be great. I using 8.1 windows. Game works fine for some time, but then I playing longer menu bar freezes and I can't save my progress. Moving pointers does not really help I just able to load game using them.

Odd bug... but if you can still use the keyboard, then you should be able to go through the menu to save your game.

I'm having the same problem too. The videos start to glitch out- the audio plays but the video comes and goes, and then the menu screens wont work.

This bug is fixed by setting the game to run in Win95 compatibility mode. I should really fix that in the patch itself... right now is specifically disables compatibility modes, since it was designed for XP, and it works better without them there.

HI,
first of all, THX, very nice release. I'm trying to play, installation perfect, games resolution too but have 1 big probl with mouse scroll IS VERY FAST and slow the scroll rate to the max doesnt make nothing.
Is there a solution?
Sorry for my bad Eng.

In the configurator, try to tick "Limit frame rate"

Hey Nyerguds, I just wanted to make a quick comment. I recently found my old C&C 95 discs while doing some cleaning and wanted to play it. After looking around on the web for a little bit I found your mod, and I just wanted to say you did a great job! Thank you so much for your work!

Glad you like it! It's technically a patch, though, not really a mod ;)

Thank you for the installer/patch !
the configurator is well made too (not overly-complicated)

One question : Isn't the default game speed a bit high ? (i guess it is used for multiplayer games but i seems a bit unatural in single player).

also, even with remixes disabled, there is still songs in the playlist like "C&C 80" (#2), "Ride.." (#32) and the FK band song (#33). Is this intentional ?
I know they are in the original .mix files but i don't think they were in the playlist (personaly i think they are a bit out of place).
I am not complaining, just asking.

I understand why they removed the grenade sound, it is annoying :d

Heh. Adding actual options for disabling those is hard to do though, since those are simply per-track settings. Yeah, I re-enabled them, but disabling them again means editing the tracks info. If you have XCC Mixer, you can extract "themes.ini" from "updatec.mix" into the game folder. Then you can edit all music settings in there, including which tracks appear in the in-game playlist.

I found the grenade sound to be silly/distracting :) i doubt the missing sound was a mistake. It probably have been decided to remove it, but it was not done in a proper way. (Thus the buggy leftovers in the assets/code that let think it was a mistake).
They would have fixed it for covert operations.

Not sure. The original default game speed of C&C (middle of the speed bar) is terribly slow, but that's because it was meant for 320x200 DOS C&C; your reaction speed increases with the game resolution. for that reason, even higher speeds start feeling slow in 1024x768.

Excuse me for asking...but does this game work well with windows 7 and 8?
Also, is there a version I can get with Skirmish mode?

It should, yes, though you might need to manually enable the Win95 compatibility mode, since the config tool currently in the patch is programmed to disable it (it was meant for XP, where the game ran better without compat modes)

As for skirmish, there's a rudimentary LAN-with-AI-players you can do, but as for actual skirmish, I addressed that in an article I wrote here: Moddb.com

Guys i want to donate when my boss paid me, i have 3 month waiting for 300$ dollars, im sorry if in this moment i dont donate, thanks for your consideration...

Honestly, I'm a working man now, and this means that I both do have money now, and don't have much time to still work on the patch. So, not sure how useful donating to me would be.

Donations are always appreciated for the CnCNet project though; they have servers for these good old games to keep online ;) Cncnet.org

It not only crashes (with an application error) upon start-up, it completely freezes the whole computer.

You know the numbers in these application errors? I can look up what goes wrong there. Please report any crashes on the forum. It's linked on the patch homepage.

Is there any way to get the "Skirmish" maps?
There was one level called "Treasure Isle" that I absolutely loved playing the computer against!

C&C1 has no skirmish mode to speak of; it doesn't contain any real base planning AI. Everything concerning that stuff is just scripted in the missions. You can find a deeper explanation about that here: Moddb.com

You CAN play online though, on Cncnet.org

I have downloaded this but I cannot open the program to start playing it? It just says C&C95;.exe has stopped working after a few minutes of the program crashing my screen...

Any suggestions for me as to how to open and start playing the game?

Depends a lot on your Windows version. Either way, try enabling Windows 95 compatibility mode on the game's executable file.

Running the exe in windows 95 comp. is the problem, without it the error doesn't appear. At least turning it off solved the issue for me.

That depends entirely on your operating system, though. It varies a LOT between different systems.

Once I download the file, Its asking me what program to open it with?

That's moddb's fault, not mine. Make sure you enable viewing file extensions in Windows (google it if you don't know how) and then rename the file to add ".exe" at the end of the filename. The file should show the patch icon then, meaning Windows recognizes it as a program to run.

I have the same problem.

Great work. One problem -- the faction selection and mission debriefing screens appear ultra magnified prohibiting me from seeing the full screen. Can you please kindly advise? My resolution is set to 1080p -- the main menu and options menu do not fit in any other resolution. Running Windows 7 here. Any idea? Compatibility is enabled.

I have a problem. I solved it by going into the C drive Westwood folder. Unselecting compatibility and leaving it unfilled in the properties.
Okay so I got it to work. This is what I did. I disabled compatibility in the properties inside the Westwood folder. Unchecked CNCDraw... yadda in configuration settings. set 1024x768. Works. Windows 10. Just don't fudge with anything and turn off most options you can or leave them completely alone. It will work.

Hey great upload, much appreciated. My only issue now is the mouse sensitivity, it's unbearable. I've tried 2 other mouse and still the issue is there. Any suggestions on what I could do?

I guess the best would be to use a "gamer mouse" with a button to switch DPI settings.