Hey lads, i am proudly present to you my second mod update! Right now mod is reached Alpha stage! So what does it mean?

This means that most of existing C&C Generals units is PORTED, yes, that's right, i've finished near 20 units ( some unlisted because wip ) still there some left, but they're another story.

Alongside with this i've ported some civilian models to bring back C&C Generals Atmosphere. Some gameplay changes was made too, more in beta news when will be alivable.

Now i will work on to reach Beta stage:

>>Building on water ( still under question ). 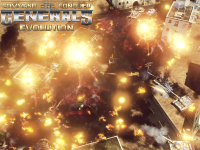 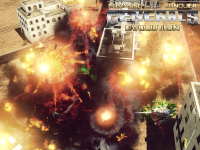 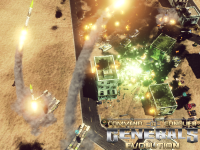 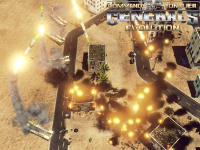 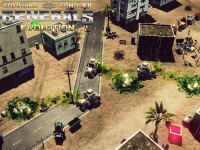 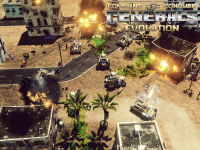 Also i am proudly present "Made of Explodium" Video. It demonstrates VFX effects i was working on and some gameplay, that's all i can show for now, more better gameplay will be alivable at beta stage. Thanks to sgor00 for providing me gameplay fotage, it was online battle test by the way, no lags were detected. As for release date - it's always alivable under mod name, just saying.

Just to mention : I am highly appreciate Bibber&Megumi work on tools, i am also genuinely thankful to whole C&C3 modding community for their tutorials and misc tools, you, guys, made it happen. Thank you.

I've been tracking this mod for years, and I have no problem with it being on the RA3 engine. It looks fantastic and can't wait to play it.

I'm not sure if this was ever asked, (though I'm sure it was) I assume you decided against having 'generals' from ZH and simply decided to implement their features into the core factions? (in all's honesty ZH was very unbalanced)

Great work!! Ofcourse i will try this mod but only downside for me we may get bored with vanilla units easily, after playing tons of new units for zero hour.Don' get me wrong I love this mod and I hope new units will be added as soon as possible^^

It's all about modders, they weill be able to add anything they want. SDK will be alivable after release.

can we expect Jets soon?

Yep, right after i will add airfield.

May i aks for the music used in your video?

This looks so awesome! Good work!

C&C 3 Generals [evolution] Other with 4 members