It's finally here! After two months of building and one month of testing, fixing and testing and fixing some more you can play the result of our collaborative effort yourself!

Synopsis: The Chronicles of Weedrow: The Quest for the Chalice of Awesome Evilness is the result of an exercise in creating a story-heavy campaign where each mapper would build on the story the previous mapper established in his own section. Each mapper was completely free in where they chose to take the story next, for instance by introducing new characters or putting an interesting spin on the already established characters. Somehow, miraculously, a (mostly) coherent narrative emerged with a wide range of interesting and funny characters and plot twists, and we're sure you will have as much of a blast playing it as we had creating it.

For now, this is the first and only adventure of our main protagonist, Weedrow. However, it's quite possible that we will run a similar event again in the future, which will hopefully lead to another volume in the Chronicles of Weedrow.

Important information: Make sure you have Unreal 227h installed and that you have ScreenFlashes enabled in your Unreal.ini (it's under [WinDrv.WindowsClient])

Synopsis: Weedrow and pals (and The Bloblet) are enjoying a relaxing holiday break in a beautiful lakeside resort. Things go wrong when Takk goes missing and Weedrow finds a note on the door of her room: 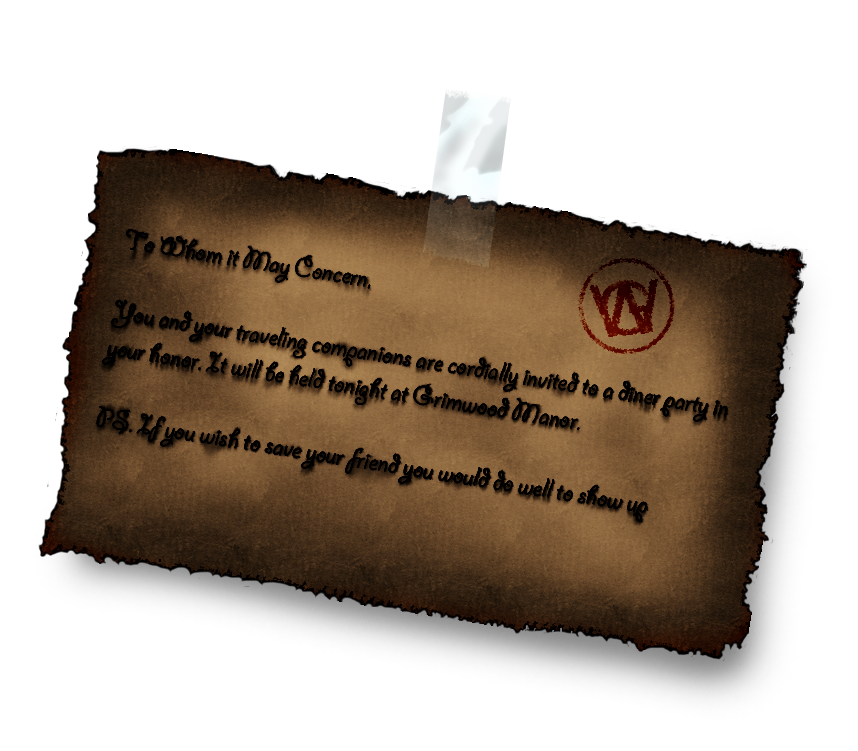 With no other option available to them, Weedrow and company decide to check out the dinner party...

Note: This is for the release version of 227i. Other versions may or may not function correctly. This is a single player campaign; coop or netplay is not supported. Please do not override the game type or a lot of stuff will not work properly.

This is for the release version of 227i. Other versions may or may not function correctly. This is a single player campaign; coop or netplay is not supported...

Download provided by Delacroix, thanks for reoploading this, as I could upload it in here. This contains the full version of the adventure for Unreal...

Im so glad this came out. I hold weedrow very close to my heart for its obscure and fun content. Seriously, all you developers made something unique and great.
Would love a volume 3 if any of you out there are still keen on the idea. I'm just happy enough volume 2 has come to light!

Update on thoughts.
Since I posted this I've gone and hunted through unreal forums on Weedrow's development. Understanding that many custom stories and packs for Unreal get stuck in Limbo, then I'm just happy that this little beloved tale got to even have a second installment. So, thank you fo that. And what quaility too! It looked and felt fantastic to play, excellent work with the Firetruck coding to create a more narrative based experience. Personally, the absence of the more random and unpredictable craziness of Weedrow one was unfortunate, but the humour was still sprinkled throughout, which was awesome.
Great level design, great scripting, great dialogue, genuinely unsettling moments throughout the castle. Really showed how versatile and fun the Unreal engine can still be after so long.
Shame that it ended so abruptly. From this, I wont expect a Weedrow 3, but all the same it's been great to play.
If anyone from the development reads this, thank you all!

This was great! I really look forward to a second chapter if you all are still interested in continuing these crazy stories :)

Thanks ,this sounds interesting .

This is a conversion of the February 1998 beta version of Unreal to retail Unreal by Dots (:.:..) It contains the "lost" maps that didn't make it to the...

Illhaven Harbor was originally created for the opening level in “Rise of the Phoenix”, a TC from Fantasy Quake […]; it was later revised into a...

This is a UT2004 Skin pack for Unreal 1 tested in 227i version. It brings all the original UT2004 characters along with original animations from UT2004...

Salvage Storm is a free a total conversion for Unreal Gold. Set in a completely alternative universe as prisoner escapes, only to be led to a portal to...