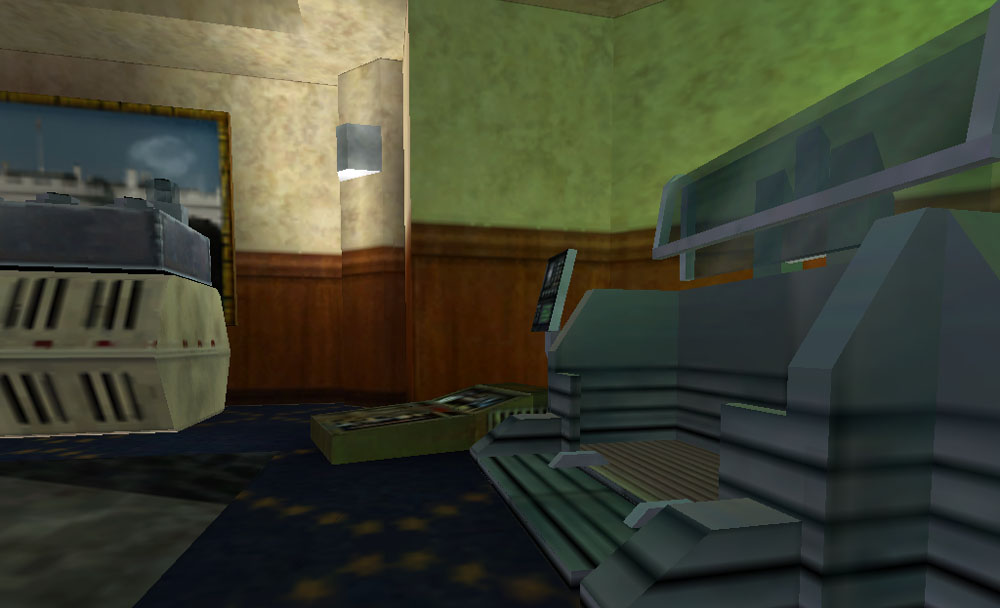 It was an extraordinary specimen to say the least. The seventh cat in the series one tests.

Remarkable really. Dr Burnett insisted on raising it as a pet while the others were prepared and tested in Delta Control. And yet the little black creature had far exceeded them all.

None had received the 12th serum treatment, but this golden eyed cat... this specimen was different. Injection number 14.

The tests would begin as soon as he awoke. Concrete evidence would be collected.

If only the computer systems were as reliable as Dr Burnett's little pet.

Cat-Life GS is a singleplayer modification for Half-Life 1 that will follow the story of a scientist's pet project, XFC-71... a cat named Newton.

Special Thanks to all of the former and inactive members of Team GS... you guys did a great deal of work and we thank you for all of the content you made.

A Little Update on the Voice Actor Auditions

Today's news is a pretty small update. Basically there are two points to discuss and if you've been in the Cat-Life channel of the BWL Discord, then you've already heard this news like a month and change back. The only reason I have delayed in posting this news is because I have been - and still am - waiting to hear from one of your VA Auditions.

First up, the Cat-Life hosted site is being updated and that has been a slow process. Lolzzz992 - also known as Sofia - decided to drop the flash site and focus on the wordpress blog using some add-ons and plugins to turn it into a site.

However, there have been a number of hold ups including real life issues and internet issues that have slowed down her progress. The site has been converted over to the new modified wp blog, but is not yet finished.

So basically, "pardon our mess." 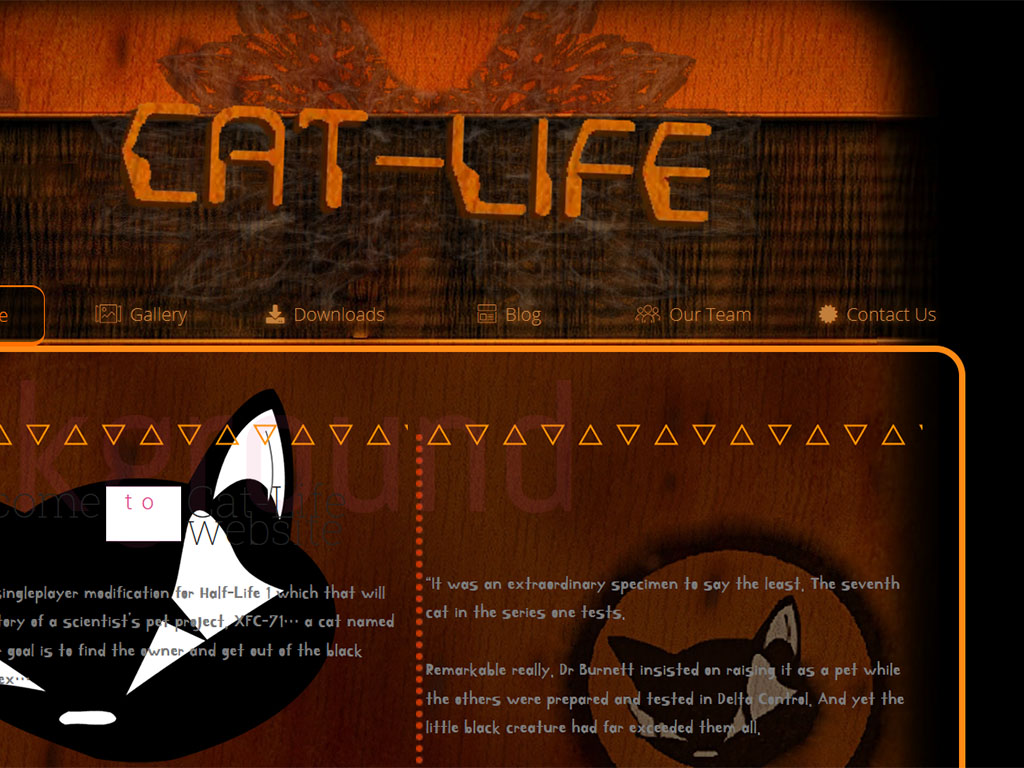 You can even see the word "background" still written in there and loads of "Lorem ipsum's" in there. It'll get there eventually.

Her time on web development is actually split between the Cat-Life hosted site and her own hosted site as well. So it may take a while to get all the kinks ironed out.

In other news, we filled some of the voice actor roles.

I would have announced this sooner, but I'm actually still waiting for a response from WanderingVoiceActor. He was offered the roles of Dr Hill and Marine 2 along with a possible role as Dr Dixon - we haven't had many tryouts for that role, but he sounds good in it.

This means that the roles of Dr Dixon, Scientist 1, Scientist 3, Kliener, Barney, and Dr Burnette will remain open for now as I want to get more auditions. And until I hear a yea or nay from WanderingVoiceActor or we choose someone else, the roles of Dr Hill and Marine 2 will also remain open.

We haven't received any auditions for Dr Kleiner, Barney, or Dr Burnette. Then again, that one didn't surprise us given the need for a good impression of Kleiner and Barney or the importance of Dr Burnette's role. All three are also a little more minor in terms of lines.

Once again, the audition calls are at the following links with instructions to email your submissions.

And once again, don't forget about the BWL Discord and it's Cat-Life channel. We're using that to coordinate the team. I've now added Big Bad Beaver, Fleetwood, and Greekas to the team group and given them access to the private channels and the file share. They now can look up the full scripts and read the full story as CLGS was planned and chat with Sofia, jimdardar, and jackathan regarding what they need and are doing on the project.

Finally today, I have a bit of a tease for anyone interested. I took some of the tryouts from these guys and edited up some MP3 files to sample the way they could sound as the scenes were written.

Remember, these are NOT in-game sounds. This is just edited together in Audition as the scenes are written... with a few lines from me to fill in empty roles and a couple of quick teases for two characters I haven't discussed publicly which I am playing.

Once again, these have already been posted on the Discord for over a month.

Scene: Hazard Course - This room is the introduction room of the administrative hazard course. We can probably make out three scientists in a room with a monitoring station and exits on either side.

This scene is at the start of the skippable prologue / hazard course.

Newton is waking up after a bad dream and being experimented upon.

Scene: Arrival of Marines During the course of the mod, we will find out that the military has arrived. We want a radio communication to announce this presence so that future sightings of the Marine's and the K-9 Units will be explained.

Scene: Boss Battle At the end of the game, when facing the main force of evil Newton will have to defeat, science and security teams finally enter the Gamma Division. With Newton's arrival, it has lost focus and the civilians are starting to make access. They will then give Newton some instructions and armed security may try to help Newton.

Part 1 - The Gamma Division AI controlled by the Entity is starting to loose focus. The Science team has found their way into a control room and managed to make some headway with the computer and comms.

Part 2 - The Entity has lost control of the AI, but maintains control of most systems. The Science team is now struggling to regain control and Newton is in a fight for life.

Remember, we need help. Not only do we still have VA roles to fill, but Sofia and the team could always use help with model work, mapping, sprites, even coding whenever possible.

You can usually reach Team Leader Sofia via discord.

News: We have a new sub-site and blog for Team Cat-Life. We also have some audition calls for volunteer voice actors.

It has been a long time since we had some news. Not much to say on this one except that we want to welcome lolzzz992 to the team. This one come forward...

Some of the source files from 2009-2010 for anyone interested in taking a look and/or making a lite version.

A Little News: What we're doing these days.

Check out the latest BWL Video Update for a little fresh info regarding the project. Also, thanks to EDOC_32 for all the continued work in trying to fix...

NOTE: This demo is grossly outdated. Please keep that in mind as it is not really relevant anymore. This is a very simple, short, and limited demo. The...

*sigh* those MP3s are so slow to process on ModDB.

I got carried away and did some touch-ups to the website myself. It looks better now.

is this back in development?

Did you hear a cat just now? that damn thing haunts me!

Cat Life is alive? To think it started being worked on 2003.

Yeah, it's been through the ringer a time or two now.

I'm glad that lolzzz992 was willing to get some work done.

Half-Life: Crowbar-Deep in the Dead Half-Life