Full Metal Jacket Productions brings you Broken Arrow, this mod is set during the Vietnam War in an era of violence, political corruption and public unrest in the United States and in the rest of the world. You will assume the command of the technologically and militarily advanced United States or the stealthy yet massive North Vietnamese armies. Wage war in the dense jungles and flooded fields of Vietnam. Our first map, "Operation Starlite", is near completion thanks to our mapper [UNSC]Dudoodoo and will be in a collection of specially tailored maps.

Each faction has historically accurate units and abilities affecting gameplay. Use a lanzerath of North Vietnamese underground tunnels to spawn troops virtually anywhere on the battlefield or call in the Marines with CH-47 "Chinooks" to quickly deploy units.  Set up ambush points along overgrown paths with mortar and artillery support or drop a wall of napalm on unsuspecting communist troops. Each specific role will have its own set of TA to use however you see fit. Land entire companies of U.S Air Cavalry behind enemy lines using the iconic UH-1H "Huey" or position Viet Cong snipers to wreak havoc on U.S infantrymen.

New roles offer a revolutionary new gameplay to World In Conflict. Will you fight with the battle-hardened U.S Marines or the determined North Vietnamese Army? You can still use all classes of units over a wider spectrum utilizing more units per role. This means you can control many diffrent aspects of the battle using artillery and tanks or any other combination.

To find out more or if you wish to join the Broken Arrow project simply visit us at Freewebs.com. Make sure to see our forums and featured media but also note our site is still under development.

A Huey, a Laugh, and a Not Very Big Block of Text

A Huey, a Laugh, and a Not Very Big Block of Text
First off, I would like to apologize for being late in posting this update, and that there will be nothing on my map Starlite for this update. However, what you will be seeing, is probably a lot more exciting.

If you remember from the last update, I mentioned we picked up a new modeller/skinner, Hawk. I present to you, his latest work in progress, the Huey. 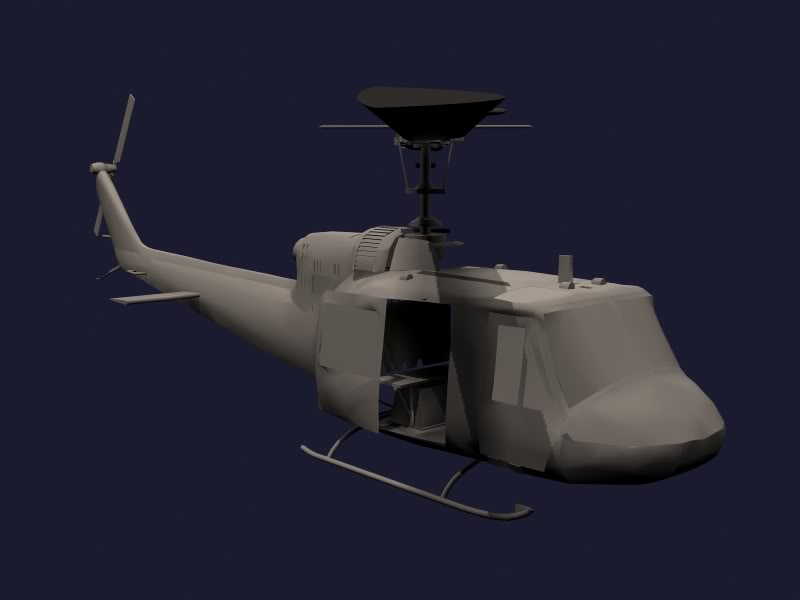 The huey was the heart of the Vietnam war. The huey is the primary bird used by the air calv to pop in and out of battle. The huey provided light air support as well as medivac support for the wounded. The huey, for the Americans, was a symbol of the Vietnam war, for the VC, it was the symbol of death. Not only was it’s firepower very helpful in a tight spot, but it’s ability to pop in and out of a hot spot in a split second while simultaneously dropping off a squad and providing cover fire was unmatched during the entire era.

A Krazy Comic Strip
Krazy over at DGComic.info took some of his precious time to start a regular comic strip for Broken Arrow. I hope you all enjoy it, here it is! 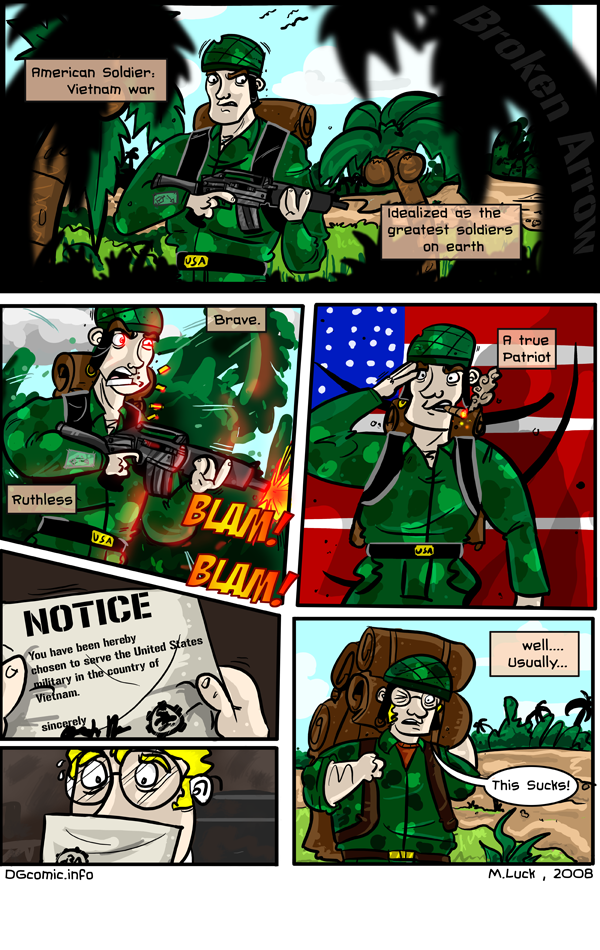 If you want to see some of his other comic strips, his web comic Digital Gambit is located at DGComic.info

Well I know it was short, but I hope you all liked it. I apologize for being so badly worded but I’m tired and I need some sleep. Night all.

Updates, we haz them.

We're not dead yet. Yes, it is a monty Python quote. Check it out for a new map, high res screens, and a new member. Please by sure to sign up if you...

Broken Arrow is the first Real Tome Strategy game set in the Vietnam era. It is also one of the first to mod the extremely capable World in Conflict engine...

the author ironically said back in 2008 "dud_doodoo": im not the kind of let the mod die

when mod will release? I think that this mod need must add Republic of Vietnam on games. please speak for I about release of mod as soon as possible. I will wait news good from you foreign. if this mod be release is please only for I install mod

This mod is dead, can't you see it?

Wic is mostly dead since this was one of the last "real" mods that WiC had exept modern warfare. even massive has given up hope for Wic ever reviving.

why are all the Wic dead the only

with ya there, damn wish this hadn't fallen through

Would have been a awesome mod

WHY DEAD WHHHHHHHHYYYYY???????? IT WOULD BE SO GREATTTT!! NOOOO GOD WHY?

man u dunno how i like the vietnam era !!!! but i really dont understand why no one finish his mods o.O! :D