First things first:
-------------------
Thanks for taking your time by downloading my modification. I hope you enjoy playing it as much as I enjoyed making it.

Main Menu
---------
After finished loading, you should see the Battle Tactics 2 main menu. I'm not going to explain everything that's already covered in your Max Payne 2 manual, but only the new features.

NEW BATTLE -menu
- Choose your gamemode. Available modes are 1) Hostage Rescue 2) Elimination and 3) Bonus DMW. Description of each mode is explained in the lower left corner of your screen.

TOOLBOX -menu
- Render filter: Choose a filter from various selectables.
NOTE! YOU MUST BE IN THE GAME FOR THE FILTER TO WORK.
Press ESC when ingame, go to Toolbox and render filter and click one on the list and resume battle. Default option resets the filter.

Gameplay:
---------
Battle Tactics 2 is a turn-based modification which means that you take turn with the AI. Each turns lasts about 10 seconds and after that is next one's turn. The loop continues as long as you're alive or all the enemies are dead, or you have escorted the hostage in hostage rescue gamemode. In some maps, once in a while, after one whole game turn has passed, there will be crate drops, that contain ammo, health or a shield. In addition to MP2 weapons there are two new weapons, the M249
SAW and Bazooka. See the "Tips" section in the main menu for more information and tips.

Known bugs:
-----------
- There's a gamestopper bug when enemy dies on its own turn. Very rare but still happens sometimes, especially with the bazooka troop.

- "Warning beep" when your turn time is running out, isn't always exact, due to time scaling.

Credits:
--------
Battle Tactics 2 is made by Tommi Saalasti aka Froz. M249 model by Lunarblue and da12thMonkey, basic geometry of the suburbs level by DarkReaper and red+white car prefabs by Gash. Thanks to the
whole Max Payne community including Max Payne HeadQuarters, DeepSix, PayneReactor, 3dRealms's Forums, Max Payne Zone and Max Payne Area. Special thanks to Remedy for developing the most ass kicking action game out there.

Well, it's official—the new Max Payne movie sucks. However, the movie's critics seems to have no effect on its box office standing; it came out on top for its opening weekend with almost $18 million. Imagine if it were actually a good movie.

Anyways, as a result of this Max Payne 2 (the game) has popped back into the top 5 for most popular here on ModDB. Most—I suspect—have re-installed the game to play through it once more and rinse out the bad taste that the movie left. Understandably so, since the Max Payne games are most definitely jewels that one should take out every now and again to appreciate. And hell, if you've already installed the game, why not check out some of its mods. Max Payne 2 has quite a healthy selection. Don't forget to check out these mods after you've dealt with Mr. Vladimir Lem:

What's that, listing a mod that I started first? It's in alphabetical order! Numbers before letters, sheesh. One massive level filled with all the action you can handle.

stenchy wrote: 7th Serpent is a third-person shooter modification for the Max Payne 2 game engine thrusting players into a world of corruption, secrecy and vengeance as they control Damon Pryce - the main character - who has been subjected to experimental testing and is left to his own devices in order to extract the truth from those who keep it from him. More details and background information on the plot can be found at our summary section. 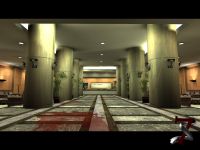 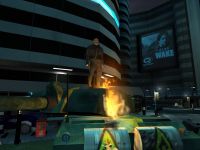 Created by none other than the infamous Froz, who now works at Remedy, this mod re-purposes the MAX-FX engine into a RTS game.

Froz wrote: Battle Tactics 2 is a turn-based modification which means that you take turn with the AI. Each turns lasts about 10 seconds and after that is next one's turn. The loop continues as long as you're alive or all the enemies are dead, or you have escorted the hostage in hostage rescue gamemode. In some maps, once in a while, after one whole game turn has passed, there will be crate drops, that contain ammo, health or a shield. In addition to MP2 weapons there are two new weapons, the M249 SAW and Bazooka. 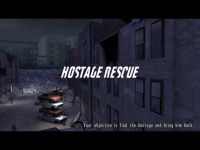 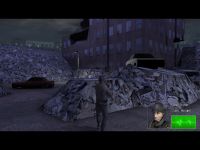 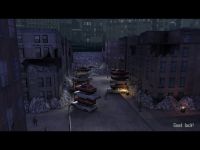 Tweaked gunplay and the addition of Kung Fu takes the action over the top and makes sure it stays there. See full summary for detailed changes.

Dalte89 wrote: Elements Of Style (EOS) should be very satisfying to the many people that have found Max Payne 2's original gameplay to be very flat and/or stale. Because of MP2's gameplay, many other mods sometimes feel stale after a while because the gameplay is still the same. EOS takes the Max Payne 2 gameplay and specifically refines it wherever needed while also making the combat so much more appealing and exciting. 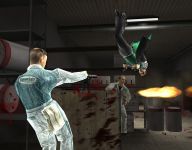 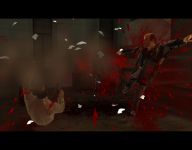 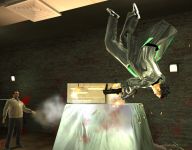 Rico21745 wrote: The modification is loosely based on the movie "Equilibrium" with the main focus of the work being based upon implementing a new combat system similar to the "gun kata" seen in some of the action scenes of the movie. The "Gun Kata" allows the player to take on several adversaries at the same time with dual weapons and gun them down in unison, much like what we see in the action movies of today where the hero wields dual handguns and shoots at different targets with each hand. This sort of stylish gun battle is what you can expect to see once the mod is released to the public. The mod's focus is pure action and style, if you like shooting enemies and gunning them down in the coolest way possible then this mod just might be what you've always been looking for! 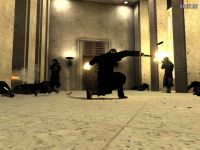 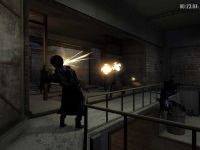 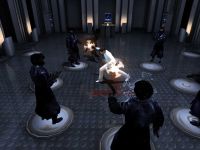 Great level design highlights this mod in its attempt to fill in the blanks between the first and second games in the Max Payne series.

ClemCorwin wrote: Taking place between the stories of the first and second Max Payne games, Max Payne's Chronicles let you playing as Max Payne when he joins the NYPD, and starts his detective job. On each of the 4 chapters, you will receive a new case to solve. Each case is different, but also linked in a way you will try to find out, but new questions will keep spawning until the last and final reveal. 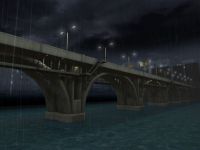 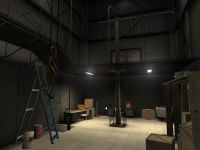 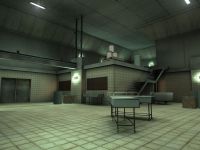 Jump back into the shoes of Ethan Hunt and take part in this fan-fiction Mission: Impossible mod. One of most polished mods for Max Payne 2.

Someone wrote: When Major Sean Dickens’ F-15 crashes over Utah, everything looks like an accident. However, as the wreck is recovered, Dickens is gone, and with him the F-15’s deadly cargo: a new generation warhead. Ethan Hunt’s mission is clear: the warhead has to be recovered before Dickens is able to sell it. Dickens, along with the possible buyer—a former Russian general with unknown intentions, have to be eliminated. However, all too soon Hunt realizes that things aren’t as they seem and suddenly finds himself right in the line of fire. In his quest to gain answers, Hunt hits upon a conspiracy that puts doubts upon the trustworthiness of his own ranks and changes everything he believed in. 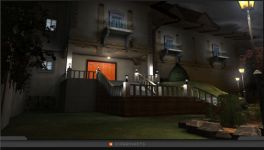 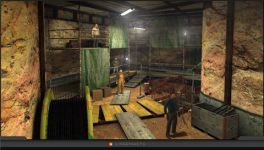 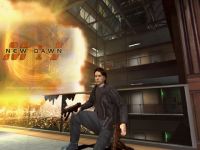 The misadventures of a stickboy as he makes his way through a deadly obstacle course laid out for him on lined paper. It's a light download and a short burst of fun.

Froz wrote: Your goal is to reach the end of the level, the "vortex warper", that warps you to the next level/worldmap. You will encounter numerous villains. Majority of them can be defeated by simply jumping on them (Space bar + W or S). Some cannot be killed and only harm you if you try jumping on em, so be careful. There are 3 pickups in the mod. First is the syringe that replenishes your health. The second one is the pill that makes you immortal for a short time. Finally the third one is a NES cartridge. Collect them all (total 4) and you unlock a bonus exit vortex in the last level, below the real vortex. 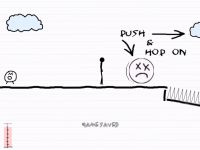 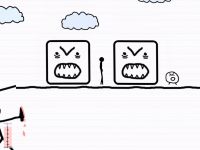 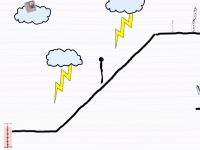 16 fighters from the Street Fighter series duke it out in expansive and detailed levels. An interesting experiment that's a little clunky but still worth the download.

Aztec wrote: -New plot/story based around Ryu from the StreetFighter universe
-16 new player models and enemies from the StreetFighter series of games
-New sound effects and music
-New Particle FX
-New Maps - 16 fully destructable fighting maps with multiple fighting area's
-Brand new hand to hand combat system that allows blocking and counter attacks
-New animations for each of the characters based on their particular martial arts style
-Unique special and super moves for each of the characters
-Unlockable extra's 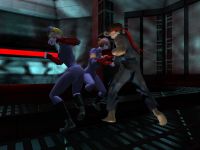 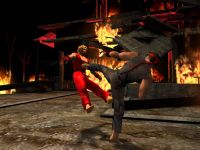 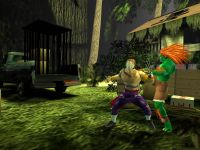 HITMAN0586 wrote: We decided to combine ideas of many movies\books\comics, that was about vampires and overall dark forces. Underworld, Constantine, Van Hellsing etc. Absolutely all player's weapons are new. All guns are high quality detailed and animated + there are absolutely new types of weapons. We mean new for all MP2 mods. First of all this is magic. Ignite, blow up, kill your enemies. Magic is a separate weapon with completely different magic for different tactical situations: fireball is needed for removing enemies from long distances, cross magic is good at destroying close foes. All enemy's skins will be changed(stay tuned) according to main theme of the mod - yes, the ones who will be vaporized by you is the vampires... 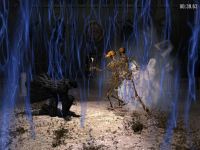 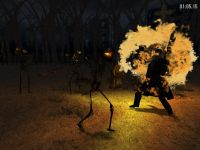 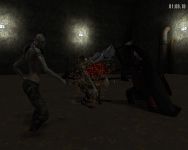 Thanks for taking your time by downloading my modification. I hope you enjoy playing it as much as I enjoyed making it.

hey do not bother, the mod is not that bad at least it shows the work he did and also for coming to comment that did not like?

Horrible. Walk too slow, not enough ammo, too little health, too many enemies.

There are new weapons?

Well Max Payne is all about the fast pace... i don't know if such a mod fits for the game. But hey, if someone is a fan of turn based action, download it.

A Path Never Was Max Payne 2

One Vision Tactics Ogre: Let Us Cling Together